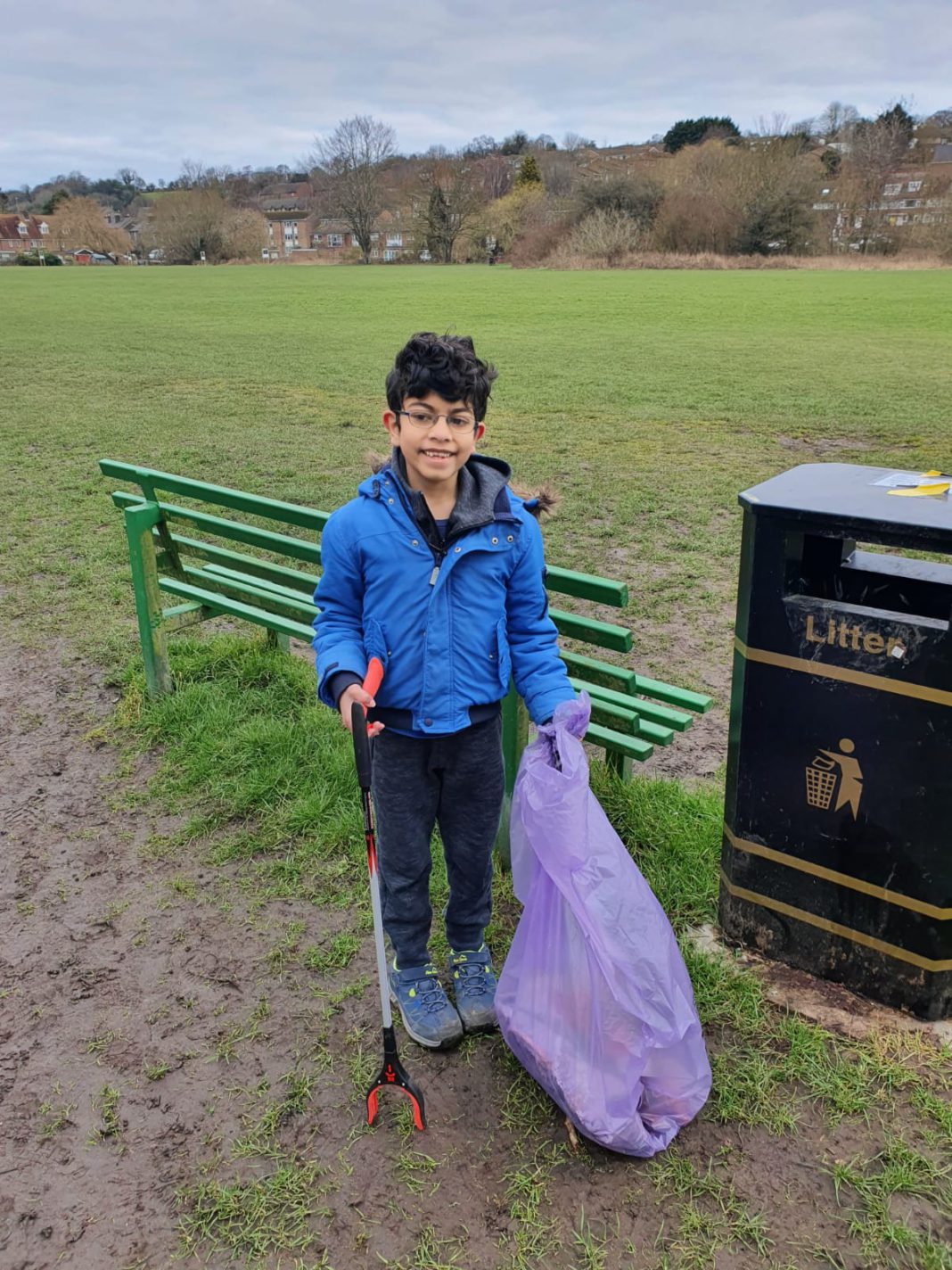 “We used to be vegetarian when I realised that the milk was meant to be for the baby calves,” says eight-year-old Ishaan on why he decided to go vegan. “I felt really sad that people had been taking the milk.”

The child climate activist shares his touching motivations to transition to veganism on his eighth birthday. Ishaan is an advocate for animal welfare and desires to ensure that all animals are treated in a fair manner and are no longer being slaughtered.

Many eight-year-olds may not understand the word “veganism” or even know what it is, but Ishaan had his Umi to guide him. A family friend, Umi is an “adopted family member”, his mother tells me. Ishaan says she has been vegan “for years and years” and is like a grandmother to him.

Ishaan’s transition began with Veganuary. “I was only going to do it for a month,” he says. However, throughout January, he was using the VeGuide app, which supported him, tracked his progress and sent him articles to encourage the start of his vegan journey. 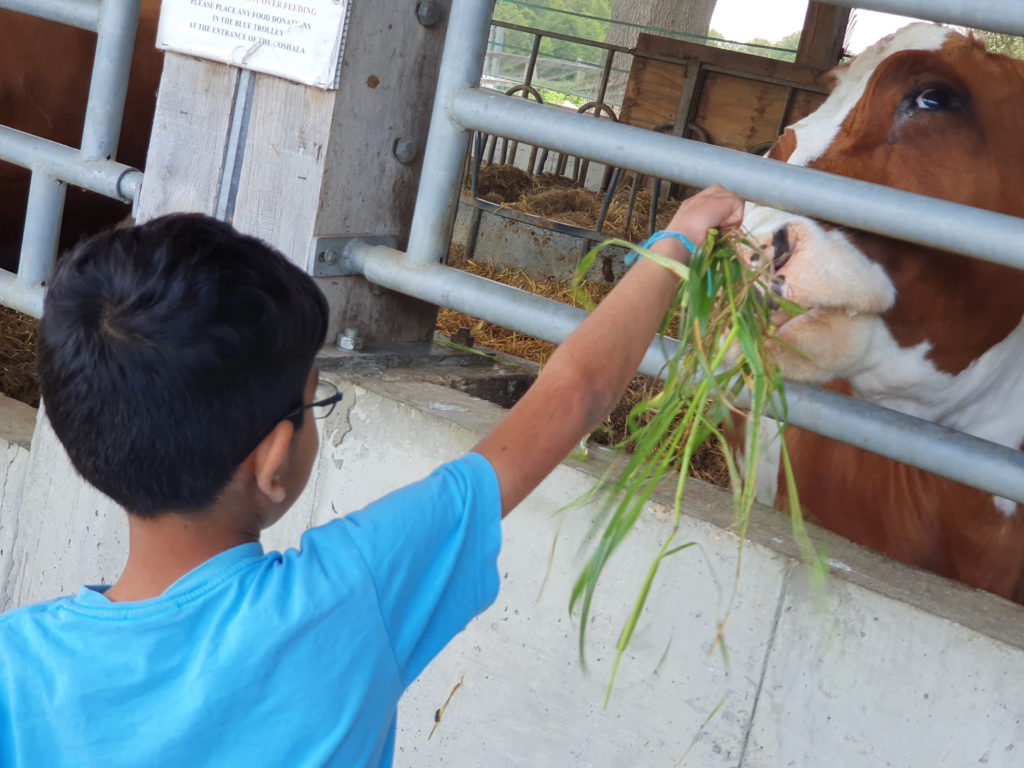 However, it didn’t abruptly end in February. Some may argue that it was fate, and that Ishaan was always going to be a vegan at some point in his life. He says: “The amazing thing is I’m born in January and that’s when Veganuary is. By the end of the month, I thought: ‘Well, I can do it for another month,’ but then it ended up being four.”

He says he’s the only vegan student in his school. Although the vegan community is growing, it is rather unconventional for children so young to be vegan. Ishaan says that the transition was quite difficult to begin with. Not at home, but instead in the school environment.

“Today, everyone else was having cake and ice cream and I had to have fruit,” he explains. Despite the limitations that Ishaan faces on a daily basis, he is motivated to spread the important message of why people should attempt being vegan.

Ishaan also wants to spread the message of reducing deforestation and how we need to preserve the rainforest but also the animals that are becoming extinct there. “Mining, lighting fires and chopping down trees isn’t good for the environment. The animals won’t have homes. So we need to stop and fix this,” he adds. 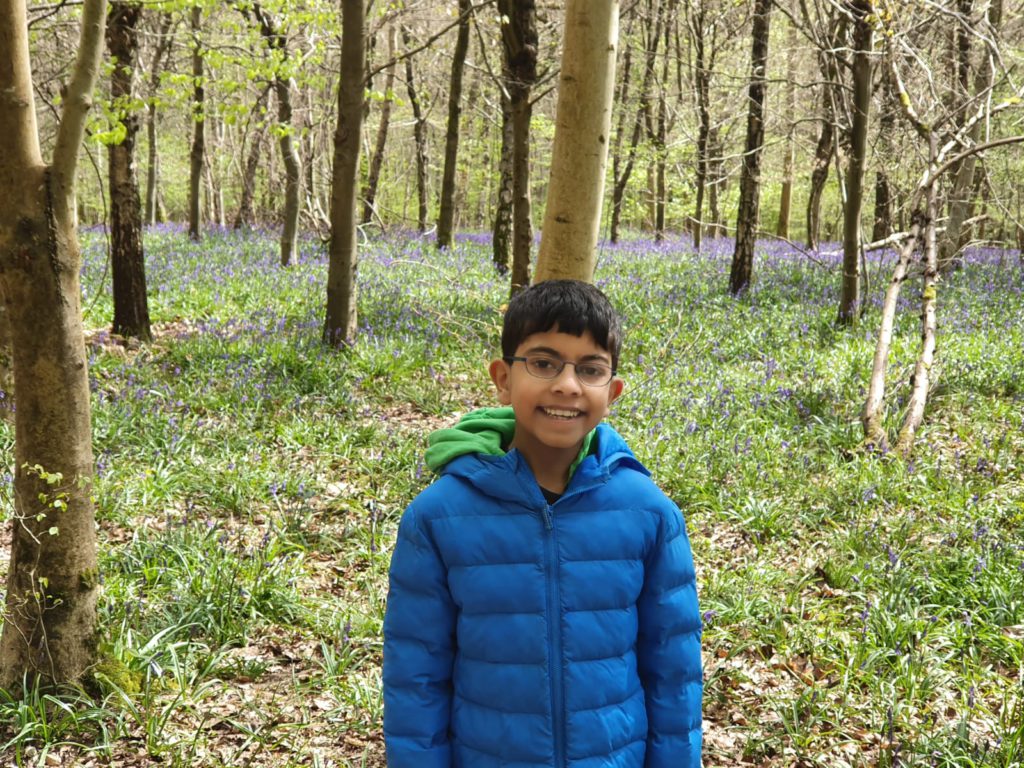 The child climate activist recently moved to Chesham, Buckinghamshire, immersing himself in the natural beauty it can offer. In his spare time, he likes to go litter picking to help his community whilst also involving himself in gardening.

His mother says: “He loves anything to do with animals and nature. Soon, we will also be getting a dog that he can take care of. And if he had it his way, we would have a few more animals to look after also.”

Ishaan has influenced his parents to become vegan too, and at home, they are constantly attempting new vegan recipes. The activist is surprised that there are so many options for him to constantly try with vegan food now having increased exposure in stores. “You basically don’t miss out on anything, which makes it all a lot easier,” he says.

Surrounded by others his age, Ishaan explains to me that many do not know where meat comes from, but he helps them understand the secrets of the meat industry whilst being a spokesperson advocating for substitutes.

He says: “One of my friends said that he needs meat to survive, but then I was just quiet thinking in my head: ‘No, because we have Quorn, which is vegan, and vegan food tastes similar to meat.’”

Read our exclusive interview with Quorn about its plans for 2021. 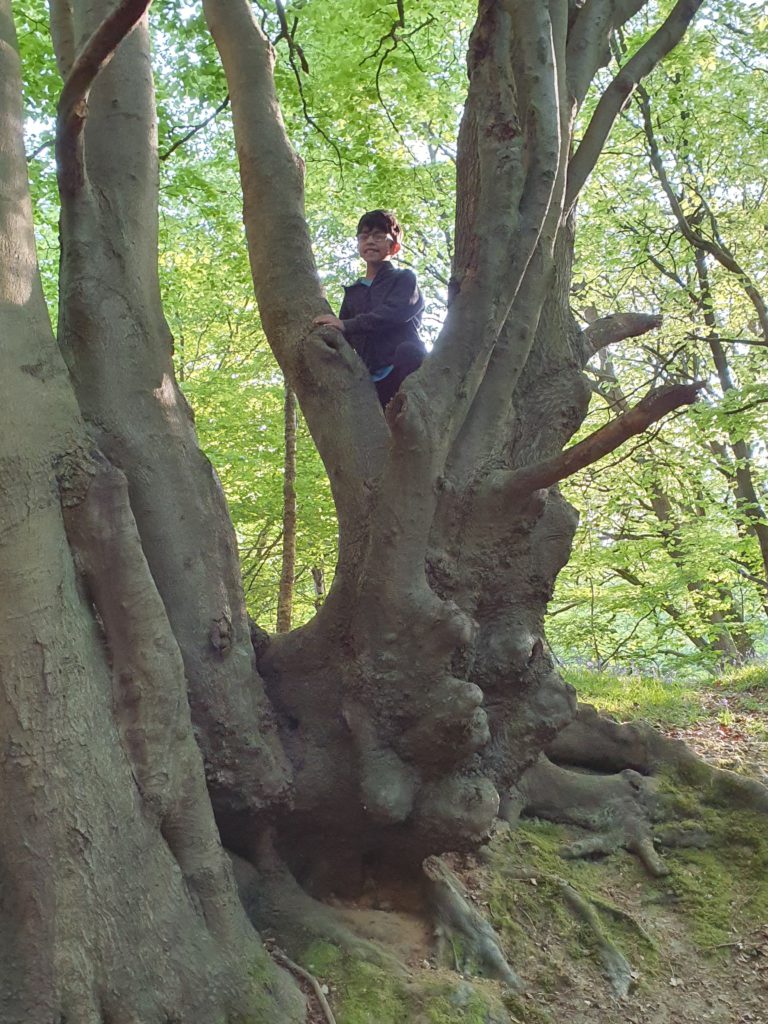 Being vegan for Ishaan is more than just about the food he consumes, as he has a genuine connection with animals. He says: “When I eat I, I know I’m not harming any animals at all, and it makes a warm feeling inside. And that makes me feel good.”

If Ishaan had it his way, he would have an animal sanctuary in his back garden: “I want a pet pig, a pet sheep, a pet horse, and a pet hamster.”

As Ishaan continues his journey, he wants to spread the message of the importance of being vegan and promoting the lifestyle. In the future, he even wants to create a Roblox video game about animals to encourage more young people to transition to veganism. “I really want to inspire a lot of people to be vegan, so then the animals can live a long, happy life.”

Mansi Vithlani
Mansi Vithlani is a journalism student at City, University of London. A vegetarian her whole life and a massive foodie, she enjoys discovering more about veganism and eating vegan cuisine! She enjoys investigating social media based stories and how its influence has made a significant difference in the last few years.
Previous articlePlant-centred diets more effective than low-fat for heart disease
Next articleMeatless Farm opens new production facility in the Netherlands