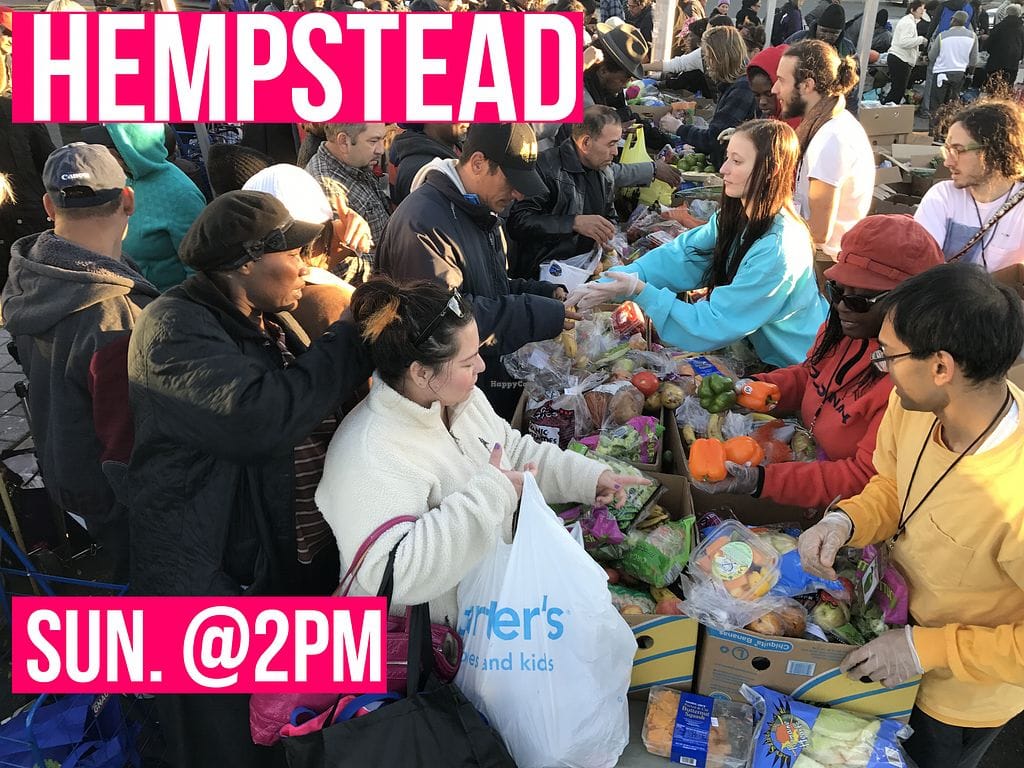 The countries largest all-vegetarian hunger relief food programme Community Solidarity donated ten of thousands of pounds of groceries in Hempstead Long Island, New York, as part of its efforts to help those in need

The nonprofit says they have seen a huge increase in demand as more families face issues of hunger and food insecurity due to the economic fallout from the pandemic “We have never seen this before,” said Jon Stepanian, chief executive at Community Solidarity. “Some of the families are in tears when they come to us.”

Community Solidarity has been distributing food weekly at several places such as Hempstead, Huntington Station, Wyandanch, Farmingville, and Brooklyn.

The organisation used to serve 3,000 families directly an is now serving 10,000 Stepanian said, which shows the increasing demand. In addition to the food people receive, Community Solidary now offers a drive-up service with lines of case stretching over a mile long

Organisers noted that more than 1.6 million state residents have filed for unemployment in the past six weeks. News reports have shown food pantry lines stretching for miles following the outbreak of COVID-19.

On Sunday, the group distributed over 67,000 pounds of boxed food to over 1,800 families, which would typically be 800 at its Hempstead site. The boxes contain a mix of fresh produce and whole grains

In New York City, Mayor Bill DeBlasio said the city is planning to deliver up to one million meals every day to residents struggling.

During the mayor’s coronavirus briefing, he said that the city’s GetFood Delivery Assistance Program will need some help expanding deliveries from 3.1 million meals a week to 1 million meals per day.

DeBlasio said the city hopes to work with more NGOs to hire 300 people to manage meal distribution sites, and he also asked the restaurant industry and either business with commercial kitchen capacity to help with the effort

The program will focus on providing culturally sensitive and ethnic foods, especially for those of the East Asian, South Asian, and Caribbean communities. says DeBlasio

“We are going to make sure people are fed,” de Blasio said. “If we can help people to have some of the food they are familiar with, that is even better.” De Blasio said the city needs help in delivering meals.

Damoy Robertson
Damoy Robertson is an entrepreneur and founder of The Vegan Review. Damoy is dedicated to spreading veganism to the masses which he believes will enable people to make better, more informed decisions concerning the way we all interact with animals and our planet.
Previous articleThe vegan businesses supporting their communities during COVID-19
Next articleVegan options are coming to US McDonald’s restaurants