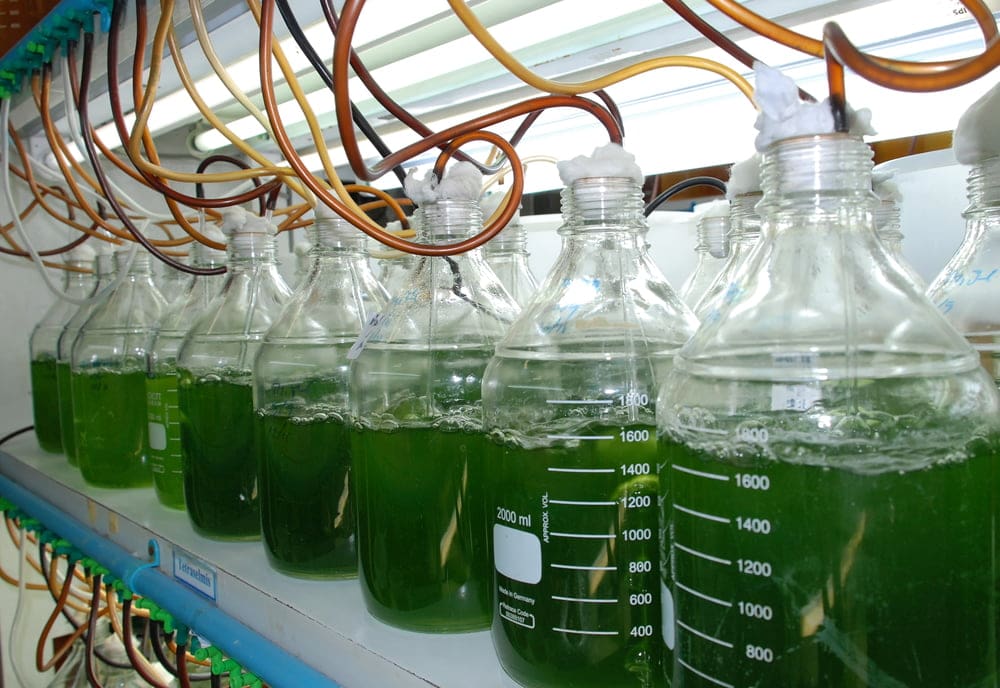 Biotech company RWDC Industries is close to producing a biodegradable material made from microalgae, which can replace plastic.

After winning The Liveability Challenge (TLC) by Temasek in 2018, biotech company RWDC Industries is moving closer towards producing a fully biodegradable material, Solon, made from microalgae, which can replace plastic.

It first started with making biodegradable drinking straws. However, now, it is in the trial stage of making microalgae materials to replace plastic bottles, cutlery, paper coatings and fibres that are used to produce wet wipes and diapers.

solon is made from a polymer called polyhydroxyalkanoates, which is produced during the bacterial fermentation of plant-based oils or sugar. The material can function across foodservice temperatures, and it is certified as biodegradable in soil, water and marine environments in all potential end-of-life scenarios.

“We are at the cusp of transitioning the world away from plastics to a naturally occurring polymer that is just as functional, and are very confident this is the way forward,” said RWDC president Xiao Zhaotan.

“The world has to do better — plastic pollution, micro-plastics in particular, is a disaster.”

Based in Singapore and the United States, RWDC is also on a mission to replace materials used on an everyday basis, made from petroleum, with safe alternatives that are also sustainable.

While TLC gives companies a platform to showcase their proposals to make cities in the tropics sustainable and “future-ready”, and the winner will receive a $1 million prize money and exposure for their business.

While finalists receive a spot in TXG Sustainability Business Accelerator Programme, a one-year venture building package at The Circularity Studio valued at S$200,000, a mentorship with Closed Loop Partners NTU and Alterpacks, a $100,000 investment and a spot on Antler’s leading accelerator programme.

Anam Alam
Anam is a freelance writer for The Vegan Review and a student studying journalism. She is a passionate writer who possesses a range of skills ranging from audio, video, editorial and creative writing. Her goal is to educate the public and the world with stories that she feels need to be talked more about in society.
Previous articleThe ultimate vegan cheese guide: FAQs and where to find it
Next articleThe Ultimate Guide to egg substitutes in vegan baking