The Congo Basin’s mountain gorillas are endangered, but there’s hope 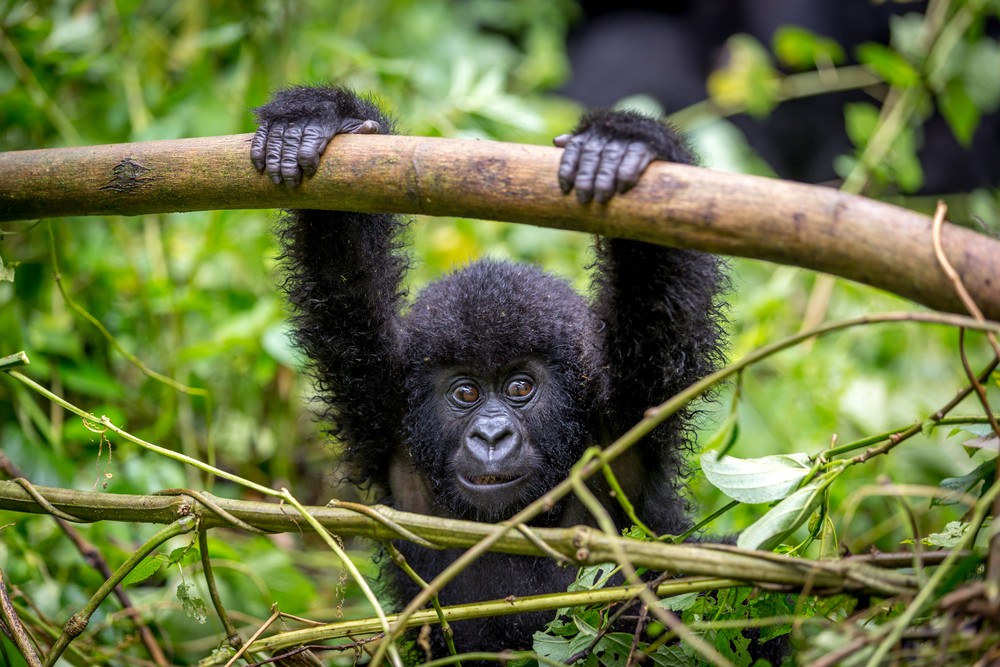 The endangered population of the Congo Basin’s mountain gorillas has faced a multitude of threats over the years, but protection efforts are on the rise.

Animal extinction and endangerment continue to soar as a direct and indirect result of human meddling. The importance of the existence of each and every species is not unknown to any of us. Our entire being exists on an intricately woven co-dependent ecosystem and the maintenance of that system is our responsibility as humans.

We have failed and continue to fail our fellow earth inhabitants. The sheer numbers of biodiversity loss have been constantly debated. But no one dares to question the reality of the loss of many species. In 2015, the UN Convention on Biological Diversity stated that we could lose up to 10% of biodiversity in the next decade. That’s around 150 different species every single day. This staggering number sends a chill down many spines.

Additionally, our survival is directly dependent on many animals. This actuality is reflected by the saying: “If the bee disappears from the surface of the earth, man would have no more than four years to live.” Although this specific saying is often disputed due to the distressing four years timeline, it still carries some weight with it. Bees are responsible for pollinating over 70% of the world’s agriculture, and without them, we are destined for a slow but definite demise. The list isn’t just limited to bees; as mentioned above, our survival is interlinked with every species on earth.

Read our story on Melibio, who plan to make vegan honey without bees.

Yet, every day, we hear news of an animal or plant species being critically endangered or extinct. Today, we are aware of many animals that have gone extinct. Among them are the Western Black Rhino, Spix’s Macaw, Bramble Cay Melomys, Yangtze River Dolphin or Baiji, and countless others. The list is endless, and we are largely responsible for this disaster. Pollution, deforestation, overfishing, and the direct consequences of climate change are to be blamed for this.

Despite living in protected areas, many of these wild animals constantly go on the critically endangered list. Mountain gorillas are one such animal group that fall under the endangered conservation status. These majestic beasts are indigenous to three countries — Uganda, Rwanda, and the Democratic Republic of Congo. The majority of mountain gorillas today reside in protected game reserves. However, the “protected” status of their residence doesn’t guarantee their safety.

According to the WWF, there are currently just over 1,000 wild mountain gorillas alive. This subspecies of the gorilla was discovered in 1902. Since then, their population has declined tremendously. Today most of the mountain gorilla population resides in the Congo Basin. They call the Virunga Massif and Bwindi Impenetrable National Park their homes. These gorillas got their names by living predominantly in the mountains. 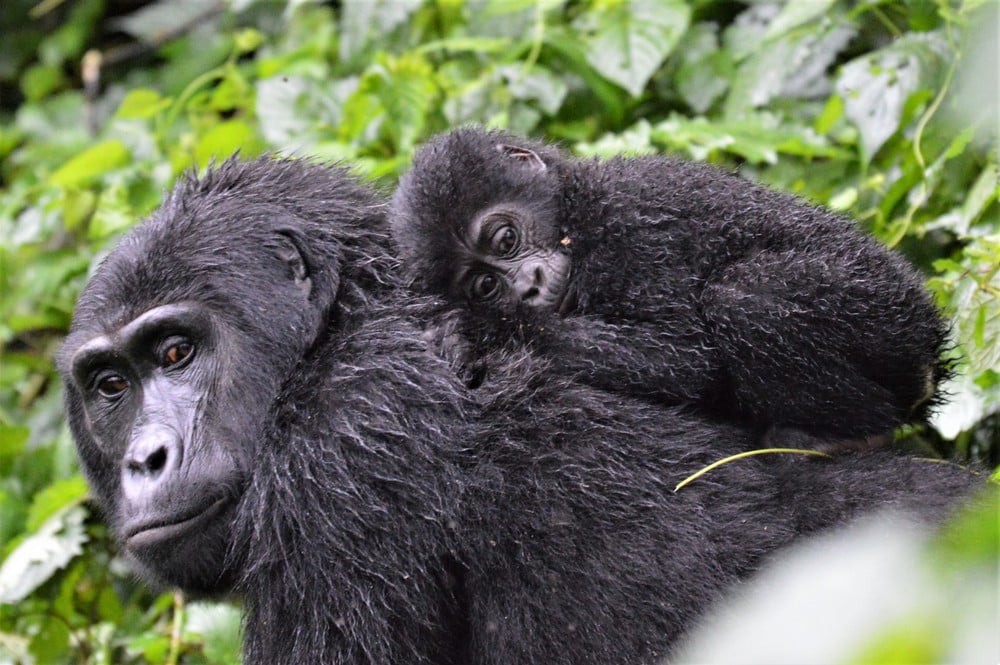 Their bodies have thick furs, unlike the other apes that allow them to survive at elevated heights of 2,000 to 4,000 meters. So, surely their population decline shouldn’t be occurring. As we know, living life at these heights for human beings is very difficult. Then how is the existence of mountain gorillas being threatened by us?

This question has multiple answers, which involve direct and malicious human activities and indirect human tragedies. The mountain gorillas of the Congo Basin have fallen victim to poaching, habitat loss, and human interference. Among all these intentional contributing reasons lie human conflict consequences too. Due to the civil unrest and war at DRC, millions of people have been displaced. To find safe haven, innumerable refugees have moved into the Virunga National Park in DRC.

The park is home to nearly half of the mountain gorilla population, and now they share their homes with a large human population. The human presence has led to many dire consequences for the mountain gorillas. It has caused habitat loss, which in turn has forced the gorillas to move up to higher altitudes. The elevated heights have proved deadly for the gorillas. Many are forced to live in dangerous and unlivable conditions for very long periods of time.

Their habitat has also been affected by an array of illegal activities. They are hunted and poached constantly for meat and pet trade. Many of them are also caught and killed in the traps set for other wildlife. Additionally, due to the lack of resources, people residing in the national park harvest charcoal for cooking and heating purposes. The coal harvest has also impacted the gorilla homes severely. Lands even in the protected mountain gorilla zones are cleared illegally for harvesting and habitat purposes.

The gorillas also face the constant threat of human diseases as they live in close proximity to us. The mountain gorilla population of the Congo Basin faces a multitude of threats. The International Union for Conservation of Nature categorised them into its Red List, the endangered animal’s list. However, despite the current threats, the mountain gorilla population is rising.

Governments and NGOs have stepped up their initiatives to protect the mountain gorillas. Their efforts haven’t been in vain; in the previous decade, the population increased by 480 gorillas. We are all connected to this issue one way or the other, and we can’t negate the constant efforts put forth by NGOs, animal conservation groups, and nature reserves.

To do your part in helping these animals survive, you can start by being wary of your carbon footprints and generally living your life to heal the planetary health. To help the animal rights of the mountain gorillas, it’s imperative to help the humans impacted by the wars in the DRC. There are multiple petitions you can sign, both for human rights and the Congo Basin’s mountain gorillas.