Culture clashes and dinner disasters: Returning to Italy as a vegan 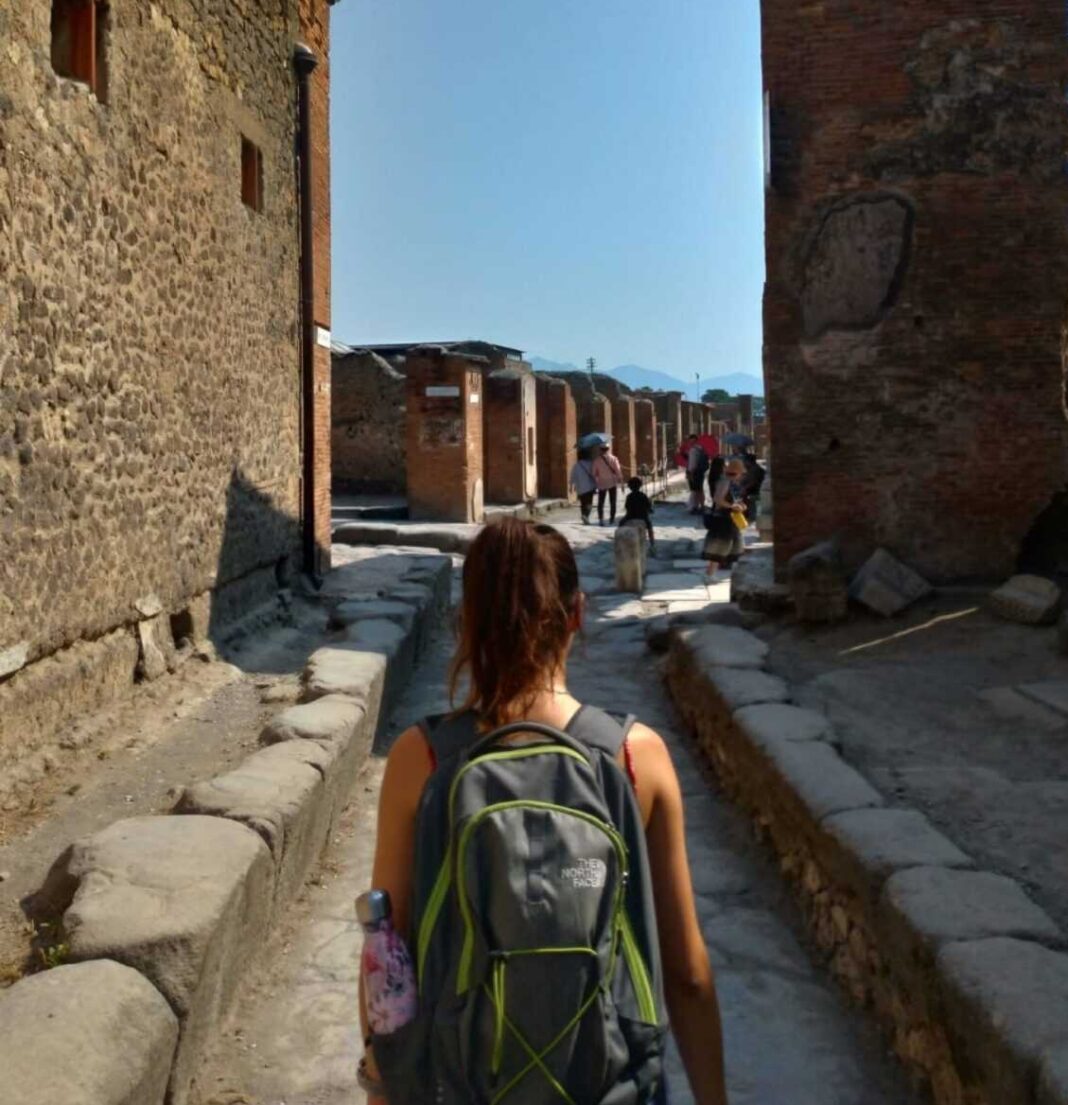 From rich, creamy risottos, to freshly fished seafood, my childhood was defined by arrays of exquisite Italian meals. But turning vegan in Italy? That was never even in the question.

“I met a vegan once — about two years ago. You guys fascinate me.” This has been said to me more times than I can count. Veganism is an unfamiliar concept to Italians: people strongly bound to their culture and extensive history of food. I didn’t even know veganism existed until I moved away from the country. Now, every time I return home, I find new ways to get around the roadblocks — and see Italian cuisine in a whole new light.

I grew up in Milano: the capital of fashion, as well as home to many wealthy inhabitants and a network of architectural landmarks. While it’s a metropolitan city — constantly being rebuilt — and arguably the trendsetter for the rest of Italy, its inhabitants are yet to accept change.

As a daughter to British-Irish teachers, Milano’s difficulty to accept the unfamiliar has been a lifelong struggle for me. So when I turned 18, I moved to London. Which is also when I was first introduced to veganism.

It’s funny how much food can change your perspective. Once I had a reason to research food, and to understand how the nutrition in my diet worked, I enjoyed it more than ever before. Unfortunately, though, this shift in perspective also affected the way I saw Italy.

A place I called home for my entire life suddenly seemed strange and unfamiliar. My family are huge foodies and this plays a central role in our summer holidays, which we regularly spend on the island of Sardegna.

Once my favourite place on the planet, it felt almost impossible to enjoy it in the same way as a vegan. A region renowned for its sheep’s cheese, roast lamb chops and clam spaghetti: it’s not exactly the first place that pops into your mind when you think ‘vegan-friendly holiday destinations’. Every meal out during my first summer as a vegan constituted rigorous prior menu checks and phone calls. I felt like I was just disappointing my family, time after time, when in reality, it was Sardegna that was letting me down. That wasn’t even the biggest roadblock in my time as a vegan.

This summer, Italy managed to put Covid-19 on pause and get everyone to the beach. I spent a week camping in the remote village of Santa Lucia, Sardinia. A truly unforgettable week — in both senses of the word. The people and the scenery? Absolutely stunning. The food? Well.

Aside from a night out on the town — when my friends and I scraped enough money together to hire a few motorcycles — my meals consisted of lettuce leaves, tomatoes and an occasional can of chickpeas. I think I officially hit ‘vegan bottom’.

But I survived. It’s crazy how much our brains can handle temptation. When I first turned vegan, it was for ethical and climate change reasons. Like many, I had an early existential crisis after watching Cowspiracy and thoroughly re-thought my life choices. While I’d been pescetarian since the age of 12, it just wasn’t enough anymore. And after this sad vegan experience, reminding myself why I transitioned in the first place helped a lot. 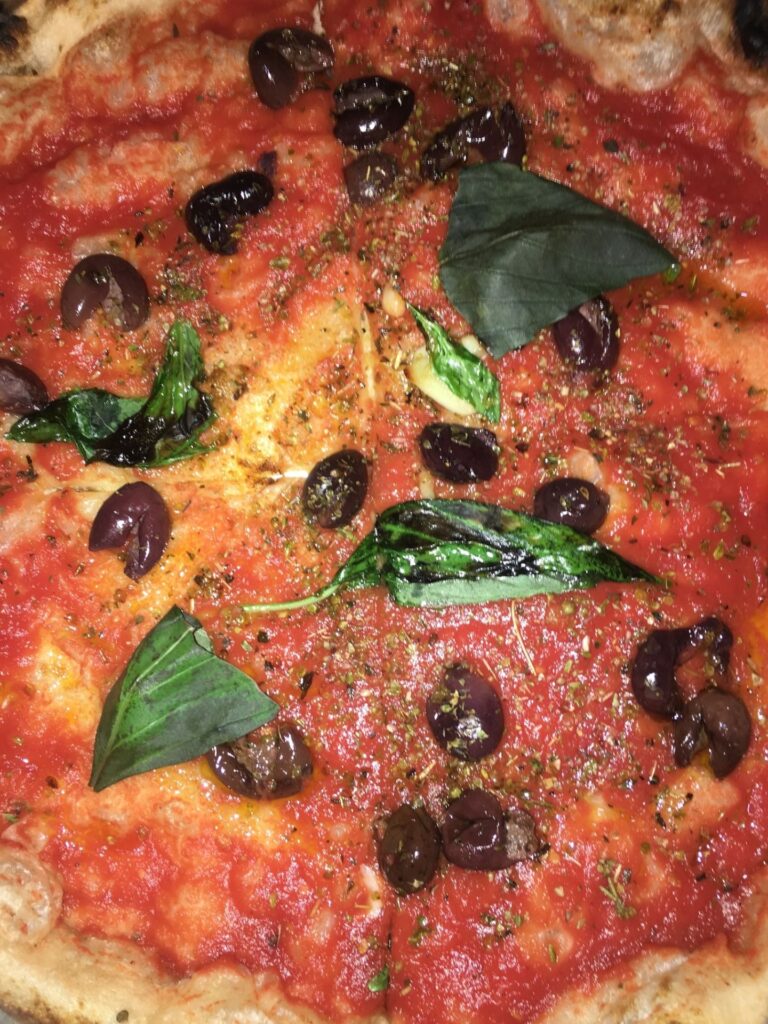 The biggest boost, however, has come from my family. It surprisingly only took one viewing of The Game Changers to get my parents’ support. Now my mum has been vegan for almost 11 months. And a more open mindset at home has helped me develop a more positive outlook on Italians too.

When I went on a trip to Naples, home of the pizza and all things deep-fried, I was reminded of how adaptable Italian chefs can be — all it takes is a more open mind.

My best friend Chiara, born and raised in the region of Emilia Romagna, Italy’s food capital, is possibly the most adventurous Italian I know. But even she struggles to comprehend the concept of veganism. Her parents, their parents, and their parents’ parents, all grew up in the same small town of Modena. Meat-stuffed pasta and fresh charcuterie are local delicacies, and when faced with health problems, her doctors always say the same thing: “Eat more red meat.” While I believe education is essential and will benefit Italians the most, veganism cannot happen overnight. It has to be ingrained in families over time.

I know firsthand that Italians are creatures of habit. But I also know they appreciate good food. To enjoy veganism, they’ll just have to learn to combine the two. From risotto, to lasagna, to pizza, Italian cuisine can be veganised — it’s just whether people will be willing to take the leap.

One thing Chiara reassured me with is: “The day you find me vegan sheep’s cheese, that will be the day I transition. No matter what that entails.” If you know where I can get that, we already have one Italian onboard.

Olivia Rafferty
Olivia is the Assistant Editor of The Vegan Review. An aspiring Middle Eastern correspondent currently studying journalism at City, University of London, she is passionate about the planet, she believes veganism is the first step to solving the complexities of climate change.
Previous articleWorld Vegan Month: Being plant-based in Peru
Next articleVegan gifts: How to choose them and where to source them