Daily Harvest launches campaign to Give Cooking The Finger 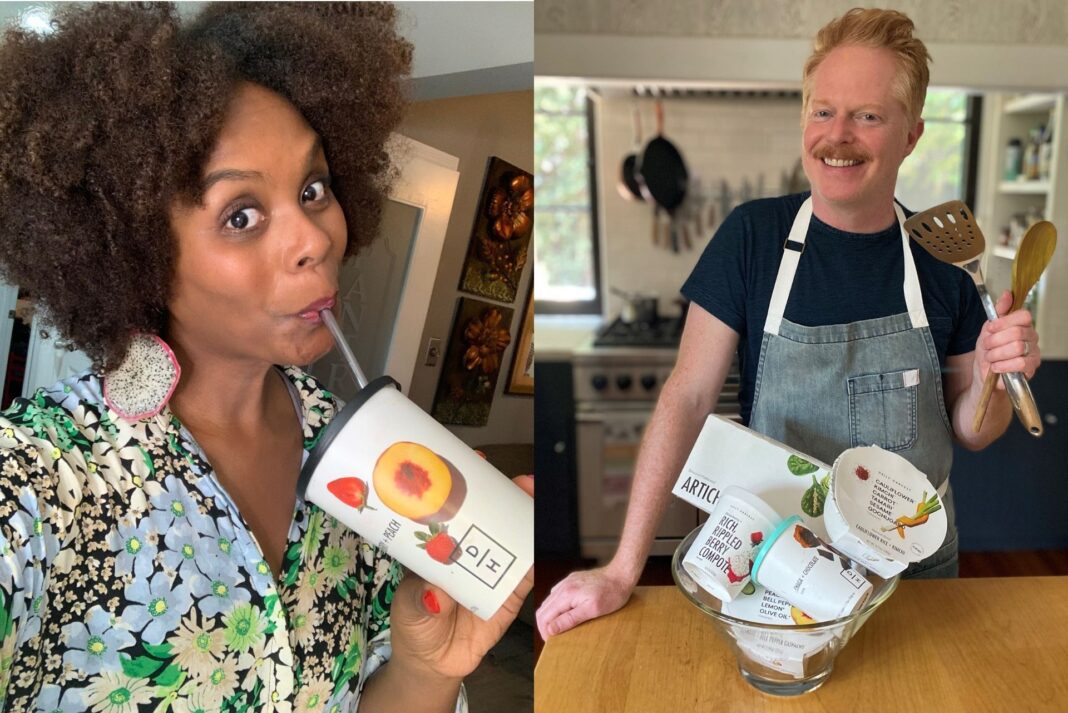 Celebrities including Tabitha Brown, Jesse Tyler Ferguson and Kira Stokes have partnered with plant-based service Daily Harvest for a campaign to Give Cooking The Finger.

In a video, the five celebrities explain how they’re “sick of cooking” and are leaving it to Daily Harvest to plan their meals, which are “ready in minutes”. Founded in 2015, the company focuses on healthy vegan food, and, in April this year, switched to 100% compostable and recyclable packaging made from plant-based fibre.

You can choose to receive 9, 12 or 24 dishes, weekly or monthly, from the 75 options in the menu. There are flexible plans that allow you to fill your existing box with anywhere between six and 26 recipes. The instructions state to put everything in the freezer within 24 hours of delivery, and then “blend, soak or heat” as per the recipe.

The celebrities have revealed their picks from the Daily Harvest menu, which can be curated for every individual. Brown, perhaps the most famous vegan influencer on the Internet, recommends the kale and sweet potato flatbread, mulberry and dragonfruit oat bowl, among others. “In addition to keeping my family well-fed and healthy, I’ve been up to my eyeballs homeschooling my 8-year-old son, Quest, and making Tik Toks cooking and dancing with my daughter, Choyce. I’m still trying to learn the renegade,” says Brown.

“Then, Daily Harvest became a fifth member of the Brown family. They have over 75 items to keep it exciting and everything is pre-prepped and ready in minutes… The best part? I share Daily Harvest with my kids — they love the decadent smoothies, scoops, and bites. Little do they know, they’re eating real fruits and vegetables,” she adds.

Ferguson — whose picks include a mint and dark ‘melty’ cacao chip scoop and artichoke and spinach flatbread — refers to his busier schedule and sleepless nights with a newborn in the house: “As the cook in the family, I have been feeling a bit overwhelmed whenever mealtime approaches. It’s not always easy to come up with a healthy and delicious option that I haven’t already made 39 times since being in quarantine.”

He credits Daily Harvest for making a new parent’s dream come true: “Our freezer is stocked with clean, delicious bowls, flatbreads, smoothies, lattes, and snacks… Plus, it’s 100% free of refined sugars, gluten, fillers, preservatives, or artificial anything so we can take on our new role as dads with clear heads and full stomachs.”

Bronson, who has recently lost 100 lbs (45kg), says he was previously on a path that led “straight to the graveyard”: “When I need a reprieve, Daily Harvest is my lifesaver. Their chefs and nutritionists craft thoughtful recipes with interesting flavour combinations and unique ingredients. Everything is sourced from the very best farms from around the world and frozen within 24 hours of harvest to lock in nutrients and flavour. That’s beauty.” Among his picks were the cauliflower rice and kimchi, and the carrot and coconut curry soup.

Daily Harvest is encouraging people to share “why they’re sick of cooking” by sharing stories and images with the hashtag #dailyharvest.

Anay Mridul
Anay is journalism graduate from City, University of London, he was a barista for three years, and never shuts up about coffee. He's passionate about coffee, plant-based milk, cooking, eating, veganism, writing about all that, profiling people, and the Oxford Comma. Originally from India, he went vegan in 2020, after attempting (and failing) Veganuary. He believes being environmentally conscious is a basic responsibility, and veganism is the best thing you can do to battle climate change. He gets lost at Whole Foods sometimes.
Previous articleHow a nutritionist is helping 10,000 Black women go vegan
Next articlePETA exposé shows civets, intermediaries for SARS, still sold in Asian live markets