Dating as a vegan: How vegan dating apps like Veggly can help 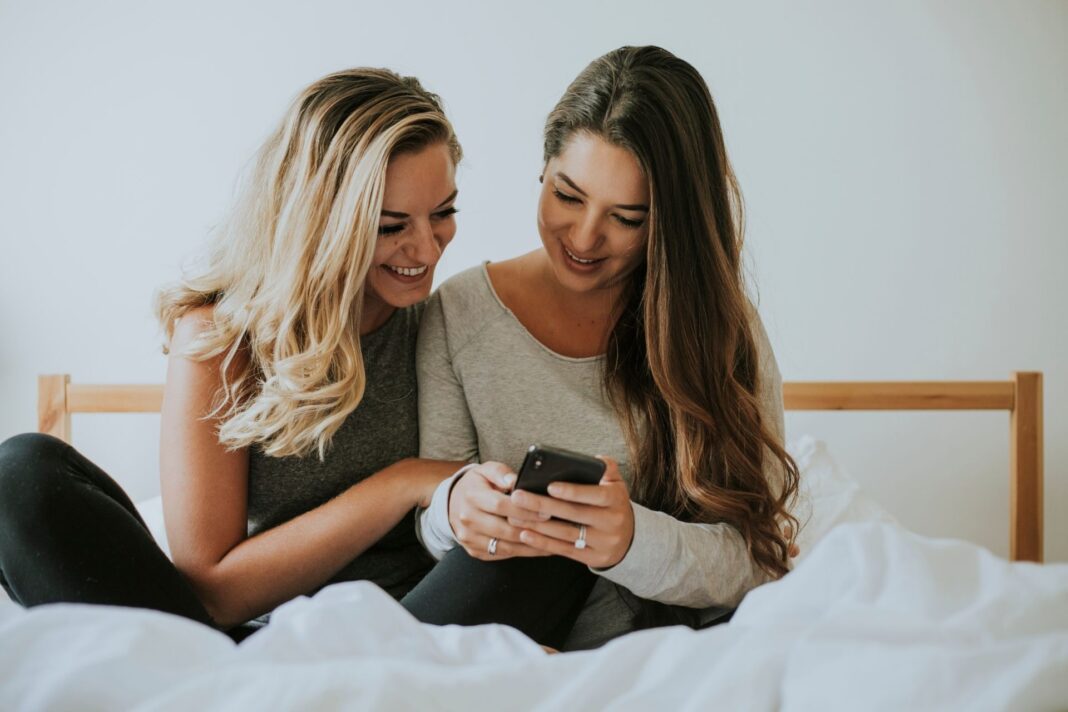 Dating, in general, is quite hard. Dating when you’re vegan has its own challenges. But apps like Veggly that can make things a bit easier.

There are many ways to form a relationship, through meeting someone on a whim, a party, or even social media. But in some cases, finding someone who has the same mindset as you can be quite hard, especially when you’re vegan.

When you’re trying to find a fellow vegan in your area, dating a meat-eater, or just wanting a friend, it can be frustrating when it doesn’t work out. But in a world where you can meet someone through an app, vegan dating has become a little easier.

When Evelyn (Evi) Betger tried to convince her meat-eating boyfriend that veganism is the healthiest way to go, he did not understand. And it was after this that Evi decided to end the relationship.

“I always tried to convince him that vegan stuff is very delicious and much healthier, but it was pretty hard to convince him,” says Betger. “He didn’t give a shit about it; he didn’t care at all.”

Betger says she felt quite secluded afterwards. Being single and vegan, she didn’t have someone to talk to about her ideals. “It was very rough for me because I was the only vegan in the whole city and it was so hard to speak about it and introduce myself to the vegan community,” she says. “I was really lonely.”

Shortly after, she decided to join vegan dating app Veggly to meet a vegan in her city, Krefeld, in Germany. And after scrolling through potential matches, she found Falco Korn.

“I didn’t think about love at first sight, just a new friend or something [like that],” she recalls. “But I saw his very cute smile, and I just clicked ‘like’. He liked me back.”

Likewise, Korn was intrigued as soon as he saw Betger’s profile. “It was actually the first time where I immediately wanted to get to know her in person; I didn’t just want to text,” Korn tells me as he wraps his arm around his partner.

After messaging back and forth, the pair decided to meet, but as Korn lived in Herne, it meant they were 60km apart. Nevertheless, the two were determined to meet in the middle, and met at a vegan Christmas market in Duisburg. And two months later, the pair became official and have been together ever since. They even decided to spend the whole of lockdown together in Krefeld to avoid the long train journeys, and will be moving in together soon.

“I’ve finished my first degree at university, and I think it was actually a good time we met each other because Evi also finished her school, so we can actually both start our paths together,” says Korn.

The couple strongly believes that if it weren’t for Veggly, they might not have ever met due to the long distance. They say the app helped them find someone they not only connected with but also someone who had the same mindset.

“I knew that at least, in these things, we already had something in common,” says Korn. “When I would meet somebody, I would always hope for them to actually be interested in that [veganism] because I, at that time, couldn’t imagine being with somebody who wasn’t vegan, at least not in the long term.”

Read the dating adventures of Mike Hill, a vegan businessman on the vegan dating journey for 13 years. 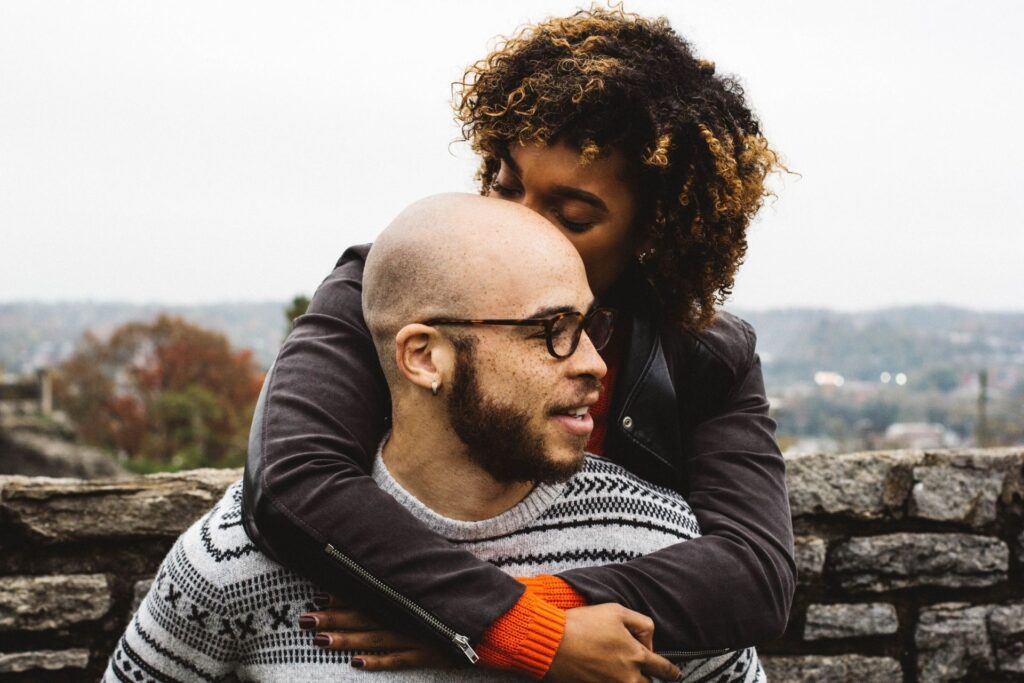 Veggly was set up almost two years ago by Alex Felipelli. Following his divorce, he found it was difficult finding a single vegan in his city. “Even in São Paulo, which is a big city, and, for Brazil’s standards, has a lot of vegans, it was still hard,” says Felipelli. “It’s all the preconceived notion that people have about vegans and all that makes it hard to find.”

He adds: “And when you do find someone, it’s hard because you normally don’t want to be with someone like that [non-vegan], at least for a long-term relationship.”

After being told by his vegan friends that creating a vegan dating app was a great idea, Felipelli decided to go ahead and start developing. “It was also kind of good timing in my life. I didn’t have anyone who depended on me, so I went ahead and created it,” he says.

Felipelli didn’t just create the app to find a partner. He decided to use his experience and his skills as a computer engineer to create an app that could link vegans and vegetarians together. The founder understood that many vegans would want to date those who follow the same mindset as themselves.

“You normally don’t want to be with someone who doesn’t have the same values as you, especially it’s something so important as being vegan,” says Felipelli. “On top of all the day-to-day difficulties of just picking restaurants or cooking, over time, it also adds up in terms of stressing the relationship a little bit. I think the main point is really the ethics side and trying to be with someone who empathises with that.”

The app was initially launched globally, with 25,000 users last year in June. Today, the app has grown by eight times its original user count, with over 200,000 users. And through volunteers, Veggly is now available in eight different languages from standard English to Danish. It also saw a boost during the pandemic, when restrictions first started, but Felipelli believes it could also be related to a campaign the brand did.

“We gave people ten coins to use,” he says. “We sent a message saying: ‘Stay home, avoid scheduling in-person dates during this time, but here you go, have ten coins so you can meet new people while you are in quarantine.’ We noticed people meeting through social media and through just communication.”

Other than trying to find ‘the one’, Felipelli noticed another way users have used Veggly. “Sometimes, a lot of people just join to make friends. They’re happy just to meet nice people.”

To cater to the trend, the Veggly team is planning on making a section on the app to network and meet with fellow vegans. “We like to see it almost like a social network for vegans and vegetarians,” says Felipelli. “It’s part of the objective to bring people together.” 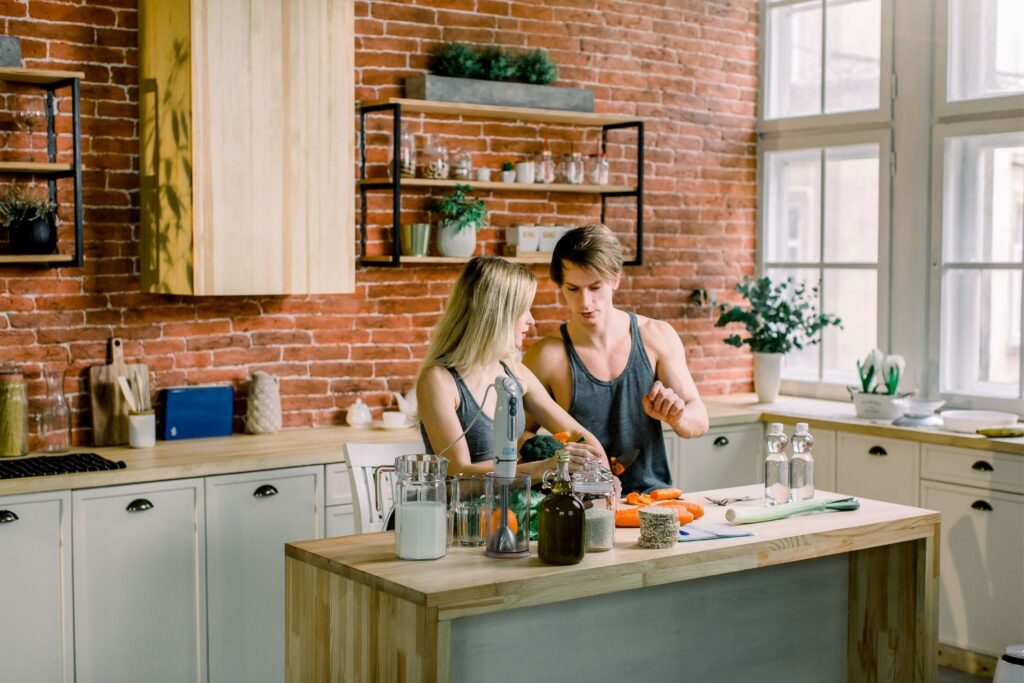 What about a single vegan?

One vegan hoping to find someone on the app is Tom Schlaefli. He started using the app a few months ago after seeing it on social media.

“I thought I’d give it a try,” says Schlaefli. “It links like-minded people; you’ve already got that one thing in common that you can speak about with people. it’s easier to build a connection from that.”

With the lockdown, Schlaefli says it has been quite hard finding a match but has been able to make some really good friends. “We met on Veggly, then spoke through Instagram, shared some recipes and things like that,” he says. “It’s really nice to meet new people in that way.”

Although he hasn’t dated a vegan before, in his experience, Tom says the non-vegans he has been with were open to trying out veganism. “There haven’t been any setbacks from being vegan [dating],” he says.

But when it comes to dating a meat-eater, he says it is best to keep an open mind. “If it doesn’t work out relationship-wise, you can at least introduce them to it [veganism],” says Tom. “If you show people that you can live healthily and eat really, really delicious food that’s vegan and has no impact on animals, they can just open up their eyes to it.”

While Schlaefli says to not limit yourself to who you date, Betger and Korn do recommend dating apps as a way to meet new people. “To download the app is like motivation for people,” says Evi. “Just open yourself up to see other ways. Don’t give up. Leave your comfort zone, just to try new things.”

Korn sees that it is hard to meet vegans in your area and on social media. “I think that’s what sometimes makes people sad because they just don’t know anyone,” says Korn. “You don’t just meet vegans accidentally.”

Other than using Veggly, Felipelli also suggests meeting fellow vegans another way. “You can also go to meetups, events, festivals to meet new vegans,” he says. “You are exposed to more people, more vegan people, so it increases your chances.”

It can be hard trying to find someone who has the same ideals as you. But in the growing world of technical advancements, meeting ‘the one’ can be a bit easier through dating apps. And it’s not just to find a potential partner, but to also meet new people and be a part of the community.

Check out our guide to vegan dating in 2020.

Anam Alam
Anam is a freelance writer for The Vegan Review and a student studying journalism. She is a passionate writer who possesses a range of skills ranging from audio, video, editorial and creative writing. Her goal is to educate the public and the world with stories that she feels need to be talked more about in society.
Previous articleBreaking through the bias: vegans on rejection and ignorance
Next articleEast Africa’s Dhow Nature Foods: ‘Imitate nature, don’t decimate it’