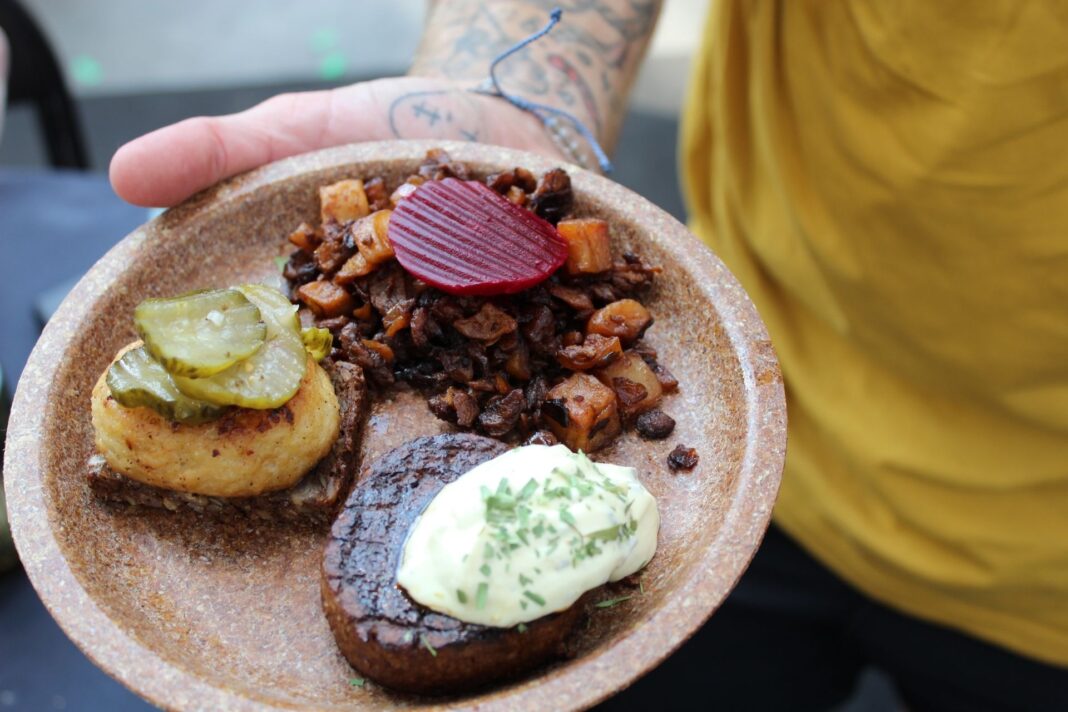 Denmark’s government announced last week that all state institutions and kitchens will implement a meat-free rule for two days every week. These included ministries, police stations and the military.

But objections from trade unions made the government retract its decision on the meat ban just a week later. Instead, officials say it will be up to individual canteens to decide whether they want to introduce meat-free days.

The meat ban was part of the Danish government’s strategy to make the country more environmentally friendly, recognising that meat consumption and climate change are linked. In addition to the two-day meat-free rule, Denmark had also limited the number of days beef and lamb can be served to one a week, and requires at least a minimum of 60% organic produce.

“It would have been a step in the right direction, so it is very disappointing,” says Thomas Erex from the plant food promoting organisation PlanteVækst. As a part of Anima International, it works with companies, politicians, celebrities and other organisations to promote plant-based eating in Denmark. “Had the government consulted with veg organizations like us, we could have advised them on how to introduce more plant-based foods without backlash.”

The climate footprint of public procurement in Denmark currently amounts to 12 million tonnes of greenhouse gas per year. Erex notes that Denmark was setting an example for institutions and states to follow by cutting the country’s meat consumption with the ban.

Speaking exclusively to The Vegan Review, Erex says the pandemic affected the shopping habits of Danish consumers, with both sales of conventional and plant-based meat on the rise. Explaining the timing of the announcement, he says it was part of the Danish government’s public purchases strategy. “Every year, the Danish public sector purchases goods and services for more than €50 billion. The goal is to reduce CO2 emissions and push for the green transition.”

He adds: “The government and a broad majority in the parliament have set a goal of reducing Denmark’s CO2 emissions by 70% by 2030. Therefore, it is now presenting a strategy for how public sector procurement can contribute to making Denmark more climate-friendly.”

The general reaction had always been mixed ever since the announcement was made. “Large catering companies have said publicly that this matches their strategies and what people are increasingly requesting. Supporters of the opposition and more conservative people seem to be very much against the idea,” says Erex. “A large part of the debate has focused on the fact that these two meat-free days will not be implemented into the Parliament’s cafeteria.”

Read our story on how public sector catering will be a central theme at Plant Based World Europe’s 2021 event.

Anay Mridul
Anay is journalism graduate from City, University of London, he was a barista for three years, and never shuts up about coffee. He's passionate about coffee, plant-based milk, cooking, eating, veganism, writing about all that, profiling people, and the Oxford Comma. Originally from India, he went vegan in 2020, after attempting (and failing) Veganuary. He believes being environmentally conscious is a basic responsibility, and veganism is the best thing you can do to battle climate change. He gets lost at Whole Foods sometimes.
Previous articleGet Vegan Grub: An ethical food delivery service expanding into London
Next articleOumph: The plant-based protein with a name you can’t forget