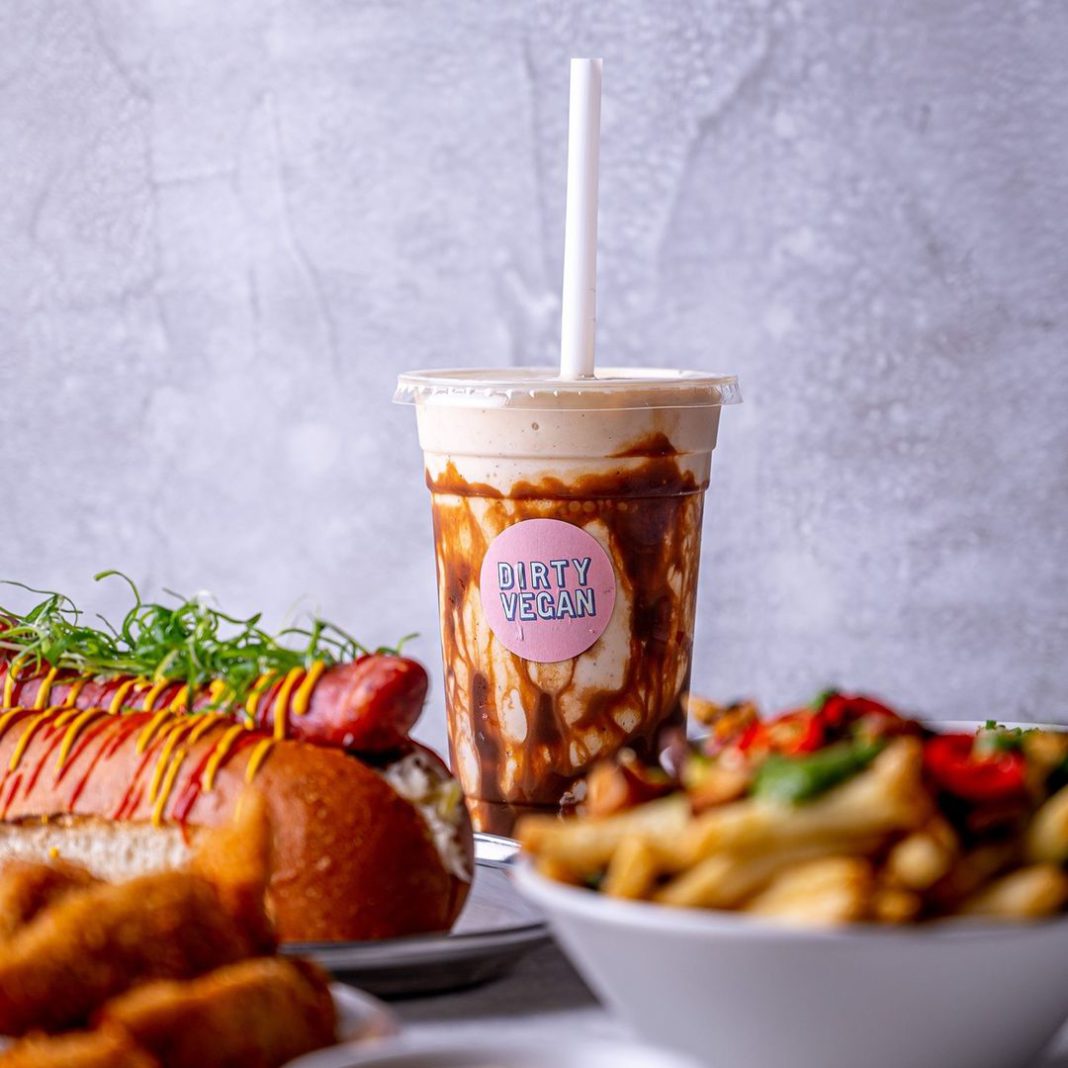 Dirty Bones, led by Cokey J Sulkin, came up with plant-based versions of its signature dishes for Dirty Vegan. The restaurant has partnered with both Beyond Meat and Moving Mountains for its menu, while its vegan ice cream options are supplied by Dappa.

The Dirty Vegan menu is minimalist with its items. There are two burgers — Classic and Mac Daddy — that come with demi-brioche buns and plant-based meat patties. The Classic burger can be customised with three additions: vegan mature cheddar-style cheese, chilli cheese (mature cheddar with jalapeño), and plant-based BLT.

The Mac Daddy is a mac and cashew cheese burger with a smoky mushroom short-rib and espresso-spiked BBQ sauce.

Apart from the burgers, you can also get a vegan twist on a hot dog. The Yankee Dog is a vegan hot dog with sauerkraut, smoked ketchup and mustard. There’s also a gem lettuce salad, which comes with savoury granola, pomegranate, and a lemon and maple syrup dressing — and you can add sweet potato and broccoli to this.

The small bites section of the menu includes crispy-fried Romanesco cauliflower popcorn bites and vegan chicken nuggets, which can be served with either ketchup and vegan mayonnaise, or, for an extra charge, creamy garlic ranch, cayenne espresso-spiked BBQ sauce, and chipotle aioli.

As for sides, there are two varieties of fries — skinny and sweet potato — and each comes with onion and garlic salt. Additions include a cashew cheese sauce or an upgrade to dirty fries, which are topped with a jalapeño dressing, BBQ-braised shiitake mushrooms, cheese, red chillies and chives.

And to round up the list, there is a selection of soft and alcoholic drinks, including lager, IPA, red, white and rose wines, coke, cherryade, lemonade, orangeade, virgin mary, and yuzu seltzer.

Anay Mridul
Anay is journalism graduate from City, University of London, he was a barista for three years, and never shuts up about coffee. He's passionate about coffee, plant-based milk, cooking, eating, veganism, writing about all that, profiling people, and the Oxford Comma. Originally from India, he went vegan in 2020, after attempting (and failing) Veganuary. He believes being environmentally conscious is a basic responsibility, and veganism is the best thing you can do to battle climate change. He gets lost at Whole Foods sometimes.
Previous articleWhat is in Krispy Kreme’s vegan doughnut?
Next articleThe 3 best vegan gelatin substitutes