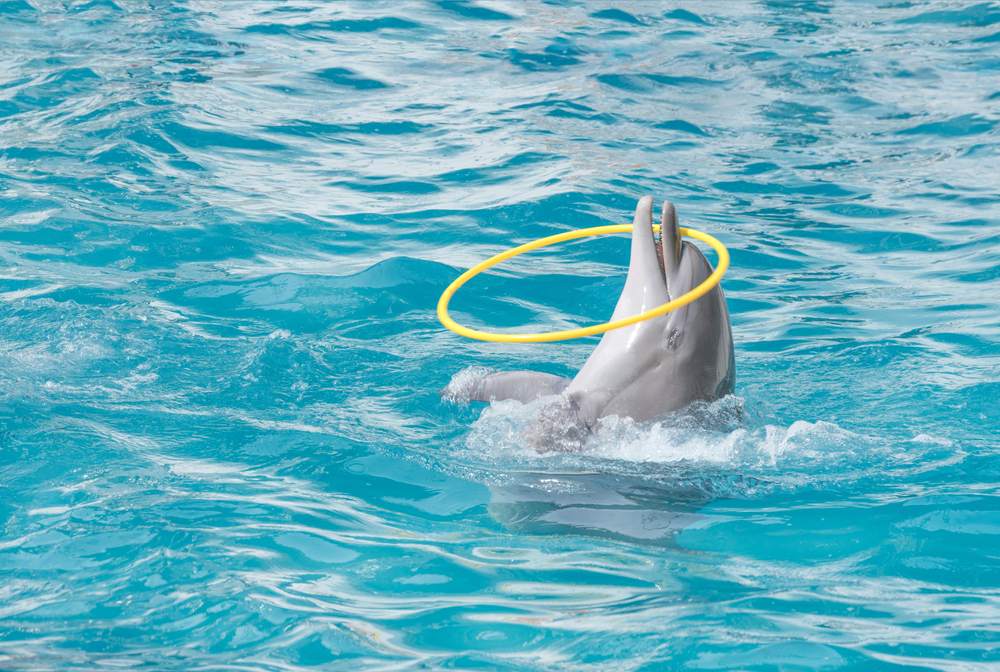 The Dolfinarium in Harderwijk, Netherlands is abolishing entertainment tricks by dolphins after criticism of their living conditions, but will continue performance shows.

Dolphins at the Dolfinarium in Harderwijk, Netherlands will stop performing tricks for audiences after a critical report about their living conditions last year. The entertainment park will continue to host shows.

Following an investigation commissioned by the Netherlands’s Ministry of Agriculture, Nature and Food Quality, the marine zoo was asked to make improvements. The report found that dolphins were used as performers and entertainment too often, which the ministry said wasn’t in line with the education role that the park is supposed to serve.

The Dolfinarium has been suffering from heavy financial losses owing to the pandemic, but claims it wants to invest in the future. It has said that it will not completely abolish the shows, but instead focus on the animals’ natural behaviour.

After a recommendation from the ministry’s report, the Dolfinarium will also be transferring two walruses, eight bottlenose dolphins and two California sea lions to a marine zoo in China. This is due to unsuitable living conditions, as the animals couldn’t dive deep enough in their obsolete enclosures.

But animal welfare group World Animal Protection said there is no guarantee that those animals won’t be used for entertainment in China, which has a history of animal abuse. “Children are being taught that it is fine to use wild animals for entertainment,” a spokesperson told Dutch broadcaster NOS.

The report did not mention a ban on dolphin breeding in the Netherlands, unlike many countries that already have such legislation in place. The Dolfinarium, which has been operating since 1965, had already stopped the artificial insemination of dolphins in 2016, following secretly recorded footage by investigative programme RamBam that showed a worker manually stimulating a dolphin to produce semen.

The last dolphin in the marine park was born in 2017. The Dolfinarium’s manager, Alex Tiebot, told NOS that they had enough dolphins at the park, but added: “We may start the breeding programme up again in the future.”

World Animal Protection is calling for MPs to impose the ban on dolphin breeding and has submitted a petition for the same: “A dolphin born today could live for over fifty years in captivity. That is unacceptable.”

Anay Mridul
Anay is journalism graduate from City, University of London, he was a barista for three years, and never shuts up about coffee. He's passionate about coffee, plant-based milk, cooking, eating, veganism, writing about all that, profiling people, and the Oxford Comma. Originally from India, he went vegan in 2020, after attempting (and failing) Veganuary. He believes being environmentally conscious is a basic responsibility, and veganism is the best thing you can do to battle climate change. He gets lost at Whole Foods sometimes.
Previous articleNorthern Vegan Festival: the UK’s first vegan market after the pandemic
Next articleThe Climate Pledge reaches 100 signatories to achieve net-zero by 2040