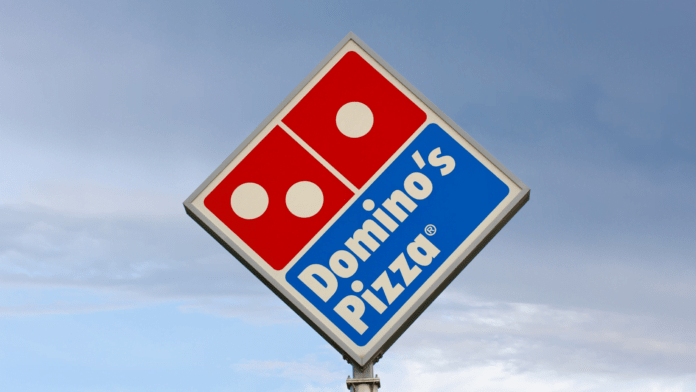 Multinational pizza company Domino’s have announced they will be launching two vegan pizzas to selected UK & Ireland stores. Domino’s vegan pizzas are a Margherita with tomato sauce, and vegan cheese and a Vegi Supreme with mushrooms, sweetcorn, onions, green and red peppers and tomatoes – customers can also customise their pizzas with other vegan/vegan-friendly ingredients. The pies will also be available in a medium-size, complemented with the company’s BBQ vegan dip.

However, this is not the first pizza chain to have launched a vegan option, with Pizza Hut already offering a vegan menu and Papa John’s starting a limited time vegan breakfast pizza last month. Dominos know they are late to join the trend. The company revealed to Plant Based News; it took some time to perfect their plant-based dough and a previous trial was deemed ‘not up to scratch’, thus requiring another year of improving the pizza.

However, in 2018, the restaurant did trial a ‘Vegan Supreme’ pizza with vegan cheese in some UK stores, but was never available nationwide; and offered vegan options in the Netherlands and Australia.

Domino’s chief vegan dough developer, Aman Prasher, said: “Our dedicated pizza chefs are incredibly excited for our fans to try this new and improved latest dough as we believe we’ve nailed it. If they agree, and love it as much as we do, Domino’s will roll out nationwide. We’ve now busy working on some toppings and sides -so watch this space.”