Drink me Chai’s The Vegan Cup review: instant comfort to the palate 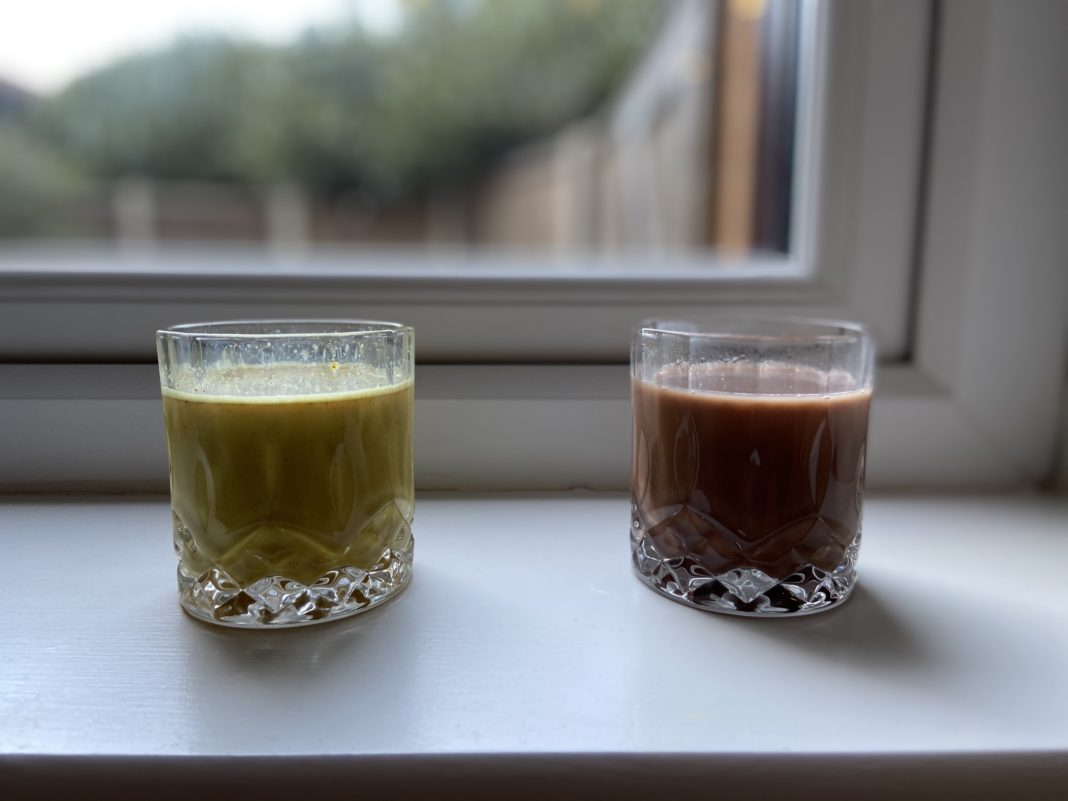 We tried Drink me Chai’s new instant Vegan Cup superblends. The process was fast and simple, but here’s what we thought of the end product.

Fairtrade and family-run London-based Drink me Chai has been providing alternative hot drinks since its founder Amanda Hamilton was selling tea out of her Tuk Tuk. Now supplying the UK, as well as 20 other countries around the world with chai blends, it’s expanded its range to include vegans too.

The Vegan Cup Cacao Latte and Turmeric Latte are instant to make and give you the comforting, warm cafe-like experience from the safety of your home. Both products also contain ingredients regarded as superfoods, such as raw cacao and turmeric.

Read our in-depth review of the best oat milks in the UK. 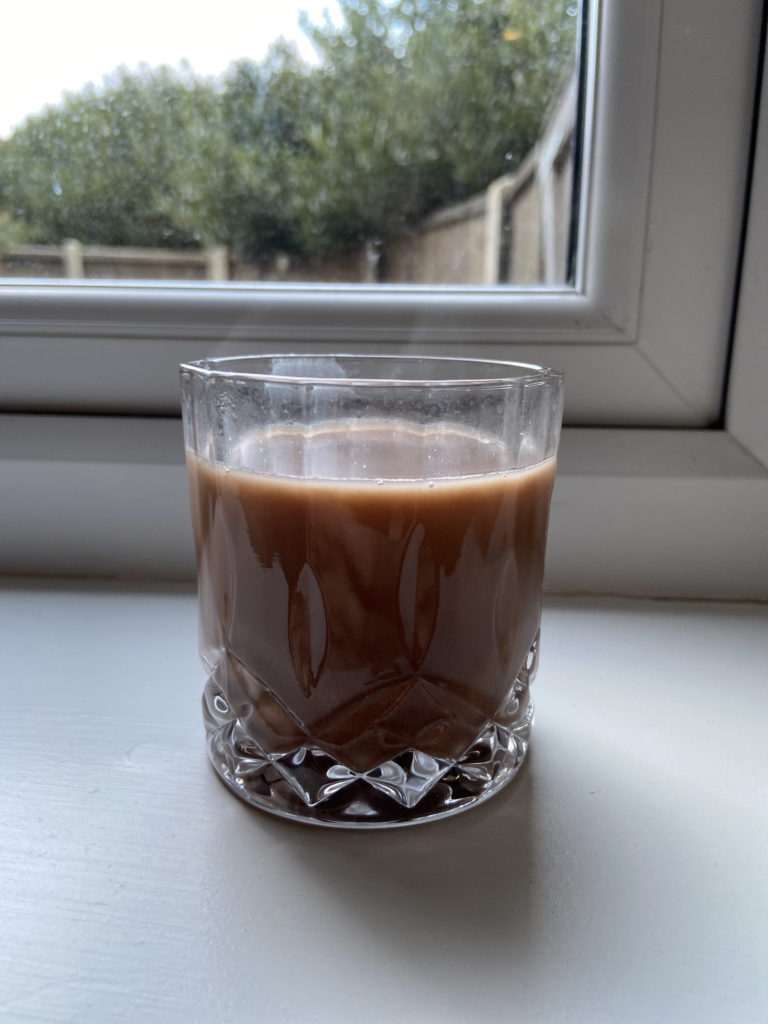 For a simple, quick chocolate fix, I boiled a kettle and mixed in three teaspoons of the cacao latte mix. On first sip, the drink was very watery, and relatively bland. However, as I started to drink more, the notes of chocolate began to seep through.

The powder blends well with the water, no lumps are visible, and there isn’t much of a need to mix it well. Being someone who doesn’t enjoy overly sweet products, I appreciated the bitter taste of cocoa from the raw cacao and felt it fed my evening hunger pang well.

This drink is my favourite of the range, and I highly recommend mixing this superblend with almond or coconut milk. The raw cacao is once again not overly sweet, and binds well with the plant milk. It contains traces of coconut, which is reflected by theprobably because it has coconut sugar and coconut oil in its ingredients list.

Ensure Make sure you mix it quickly though, as the powder creates small lumps, which are relatively chewy. Personally, however, I enjoyed this element, because it gave the drink a bite to it, and resembled eating cacao nibs dipped in milk. 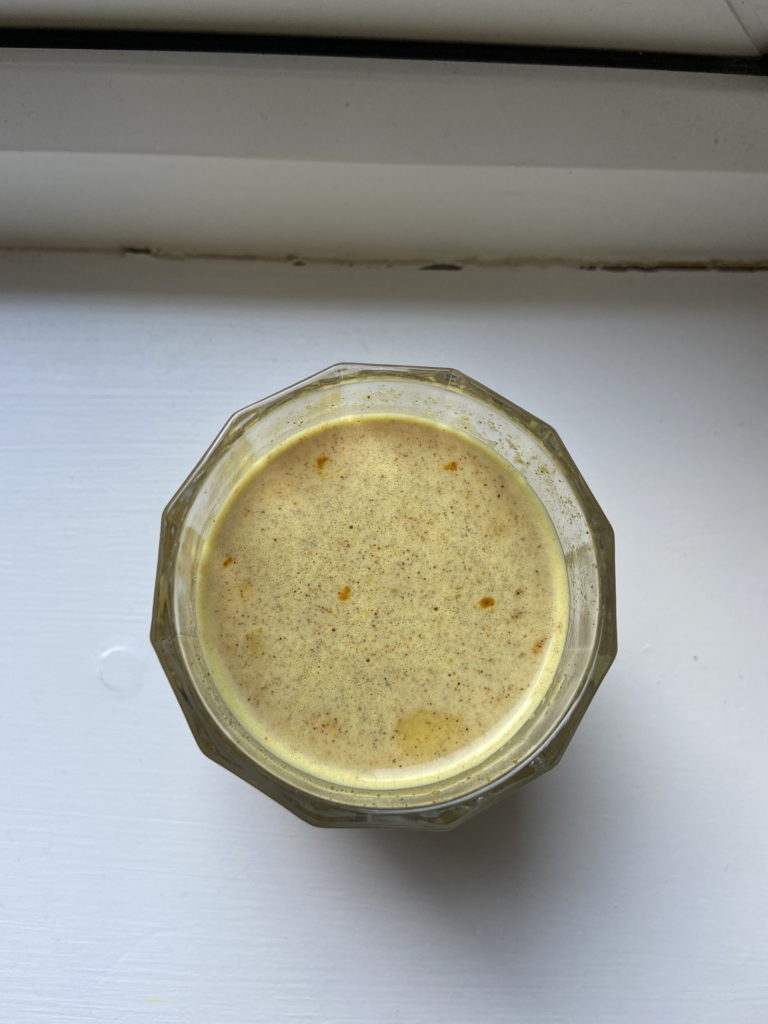 Because of turmeric’s known medicinal properties, I decided to mix this turmeric blend with water after a morning of unsettled tummy problems. While the superblend drink wasn’t the exact replica of something you might have at a cafè, it definitely settled my stomach down.

One big drawback, however, is that the blend doesn’t seem to make one homogenous drink. The mix separates if you leave your mug for too long, and produces a puddle of solids underneath the liquid.

But its ingredients boost the overall experience. Its list entails soy protein, cinnamon and ginger, which produce a Christmassy, indulgent scent and tone down the turmeric flavour so it doesn’t overpower the palate.

Though I usually love turmeric lattes, given its health benefits and spicy flavour, this particular mix doesn’t work well with the recommended proportions of plant-based milk. The first few sips are too milky and left me feeling slightly nauseated.

As I continued drinking it, however, this flavour disappeared and in its place came a more warming, cinnamony sweetness. The milk option blends a lot better with plant milk, with no separation at the bottom, but there are lumps throughout the drink, much like the cacao latte.

While the drinks have their drawbacks, for vegan blends made within minutes from my own kitchen, I feel it’s worth the investment. The additional benefits from the turmeric, which is often used as a medicinal herb because of its anti-inflammatory properties, and the raw cacao, which contains a rich amount of iron, make the drinks even more attractive.

While I would not recommend mixing the turmeric blend with milk, and I would try cooking the cacao blend in a cake or mixing it in a smoothie — the hot drinks are an instant comfort that many seek during the long dark mornings of lockdown life.

Each pack of Vegan Cup blends hold around 10 drinks, which compared to buying takeout from your local cafè, makes the investment financially worth it too.

Drink me Blends’ Vegan Cup turmeric latte and cacao latte are available at Waitrose and Amazon at £4.00 per 250g pack.

Olivia Rafferty
Olivia is the Assistant Editor of The Vegan Review. An aspiring Middle Eastern correspondent currently studying journalism at City, University of London, she is passionate about the planet, she believes veganism is the first step to solving the complexities of climate change.
Previous articleYouth climate activist Sarah Goody: ‘Generation Z is changing the narrative’
Next articleIf only people stopped comparing seitan with Satan