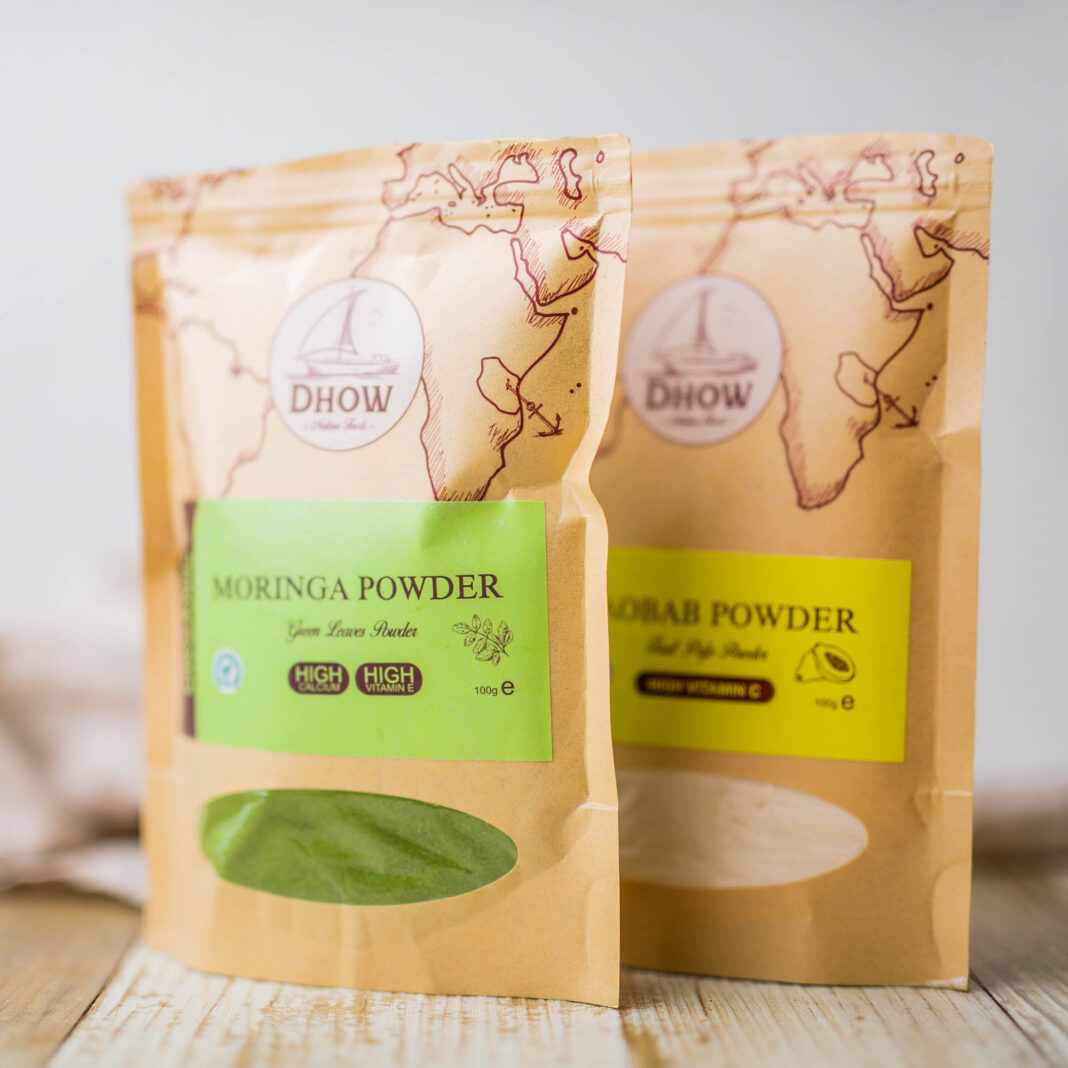 Dhow Nature Foods is the most recent in a line of brands that Darpan Pindolia launched to put Tanzania on the map, while impacting the lives of 30,000 East Africans.

“We have a saying in our family: ‘Regardless of how much income you have, you will only have the same appetite,’” says Darpan Pindolia, founder and CEO of Elven Agri. Born out of his family’s passion for naturally grown food, the East African company branches out into three brands: Wild Plains Foods, Soil King, and, most recently: Dhow Nature Foods.

The Tanzania-based brand came about in late 2017 and all its products are produced from the wild, or farmed under strict sustainability standards. They include:

And it most recently launched a new range of supplement capsules and gluten-free flours.

Every product is processed a few hours after harvesting, ensuring all its nutrients are retained. “We do everything we can to make Dhow Nature Foods 100% pure,” says Dhwani Rajani, the brand’s digital marketing executive.

While the startup is based in Tanzania, the majority of its customer base resides in Australia, followed by Europe and the US. Rajani believes this is because Tanzanians are yet to undergo the health trend currently monopolising the food industry in mainstream markets. This picture coincidentally resembles a centuries-old business that has been so important to the country’s economy: the spice trade. Zanzibar, which lies just off the coast of Tanzania, was the world’s greatest hub for spices. And Dhow boats were what Tanzanians used to transport everything. “So we based our brand and identity on this,” explains Rajani.

Pindolia comes from a family of home-growers, passionate about herbal remedies and natural treatments. Everything he consumed, including his ginger and turmeric, came from their garden — so his brand is the next Dhow boat, giving Tanzania’s crops a mainstream platform.

In buying a Dhow product, customers are also giving back to Tanzanian communities through education and health. With a family like his, Pindolia says it was important to have a socially impactful business. The brand is proud to have close relationships with its surrounding communities. Rajani says farmers are notorious for being underappreciated because the majority of people still don’t think twice about where a product on a shelf originated. But Dhow Foods wants to change that. 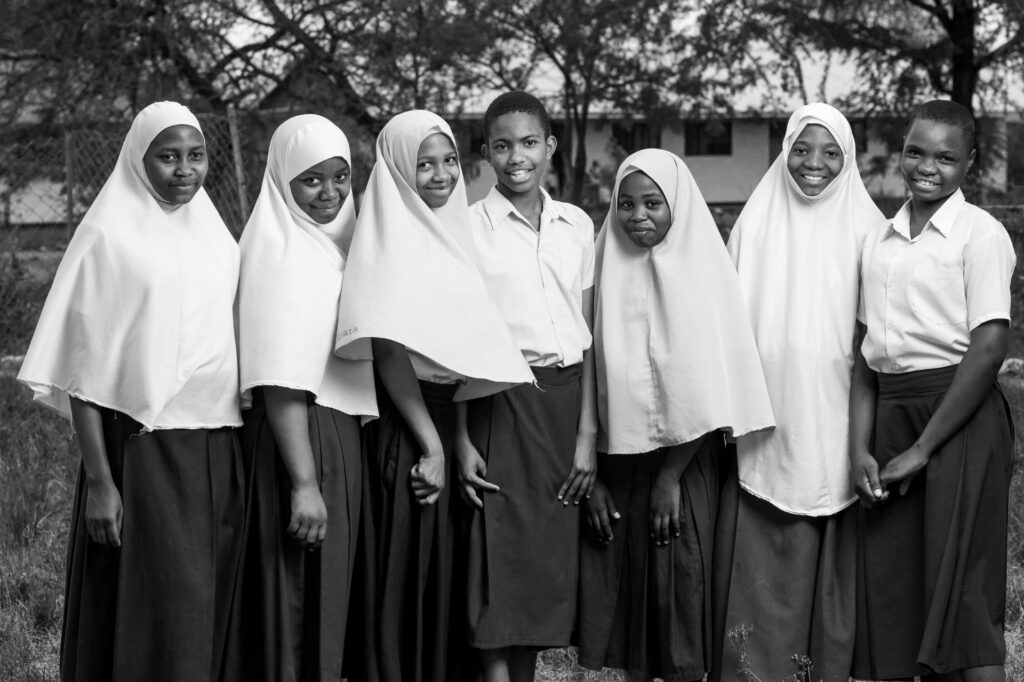 How? “We impact society as a whole, not as individuals,” says Pindolia. When trade happens, and the head of a community feels they lack something, then Dhow Foods builds that for them. From bore wells to schools, the CEO is transforming the role of Tanzanian agriculture.

Instead of going down what he calls “the traditional corporate route”, farmers are given an alternative: the opportunity to grow and export organic produce, giving jobs to men and women nationwide, and a community equipped to support them.

Elven Agri explores health foods and educates the citizens of Tanzania about them. “In asking questions like: ‘Do you really know where your food comes from?’ we hope Tanzania will start to think twice about what it consumes,” says Pindolia. While Rajani adds that the brand is targeted towards health-conscious people, vegans and fitness enthusiasts, they don’t want to close this off to locals. And with technology’s increasing rate of growth, she doesn’t think it’ll take more than a couple of years for Tanzania to catch up.

The UN, the Jane Goodall Institute and the German government are already backing the brand on its mission for social impact. One way they are doing this is through Jane Goodall’s Roots and Shoots program, which the brand is endorsing. The program allows children to access a farm, and learn about, connect and surround themselves with the environment. “This is especially important because it has become vital to preserve Africa’s tropical rainforests,” notes Rajani. This is also helping them with Dhow Foods’s final aim: conservation.

‘Why can’t we imitate nature instead of decimating it?’

While Tanzania is yet to be discovered for its health foods, this doesn’t mean vegan cuisine is completely alien to its people. Pindolia highlights the Jain community — a subset of Hinduism who are vegan by religion — which is quite prevalent and has been a big influencer on the traditional Tanzanian diet.

Read our story on how veganism is deep-rooted within Tanzania’s traditional cuisine.

The country is also one of the lowest users of herbicides and pesticides in the world. Conversely, Pindolia’s ancestors originate from Kutch, a district in India that has a very high pesticide and chemical use. He notes the impact it has had on local communities there, where people’s health has been negatively affected in many ways: from fertility issues to cancer. Not to mention the way it has damaged their soil, rendering it impossible to grow crops.

The way the brand is achieving an environmental impact is by working with nature, instead of against it. Pindolia points out the irony of wiping out forests and planting from scratch, when a forest in itself is a natural crop-giver. “You never have to irrigate or plant a forest, and yet it still bears fruit year after year, withstanding everything,” the entrepreneur says.

East African forests contain five layers of canopy, each with a role to play. The brand plays with this concept, leaving the big trees, and then adding mango trees, bird’s eye chillies, and crawlers. 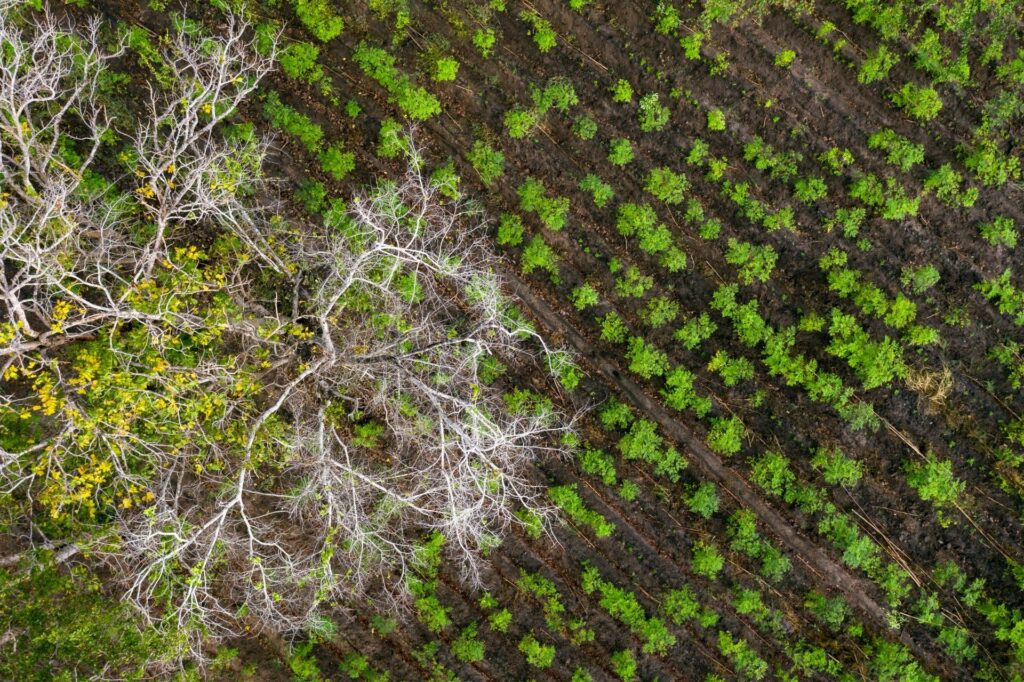 Tanzania is still fertile, and Dhow Nature Foods wants to preserve that and educate farmers before big companies can “get their foot in the door”. “Tanzanian quality is tremendous, it’s almost like an untouched gem,” Pindolia says, smiling.

He states that it is one of the only places in the world you can find premium products like turmeric with 5% curcumin and Ceylon cinnamon. “But people don’t know about it. We want to tell these stories to the world.”

To Rajani, the ultimate goal for Dhow Nature Foods is simple: “Becoming the world’s go-to vegan spices and superfoods brand.” She says the world is becoming smaller, through the power of devices and social media, so while it will take a while to flourish in Africa, she believes the rest of the world will welcome it with open arms.

To Pindolia, Dhow Nature Foods will not only be the biggest African health food brand to come out of Africa, but it will have impacted the lives of over 30,000 people in Tanzania and planted over 1,000 trees annually. Because he thinks quality trumps quantity, the brand plans to use the near future to only focus on Tanzania — but this doesn’t hinder any of the businessman’s other projects.

“Businesses in the future have to be sustainable and all-encompassing. You can’t have profit, profit, profit, and leave the backend of society behind,” he explains. “I want to be an example of that for other people.”

Olivia Rafferty
Olivia is the Assistant Editor of The Vegan Review. An aspiring Middle Eastern correspondent currently studying journalism at City, University of London, she is passionate about the planet, she believes veganism is the first step to solving the complexities of climate change.
Previous articleDating as a vegan: How vegan dating apps like Veggly can help
Next articleA nutritionist’s take on the health impact of plant-based meat