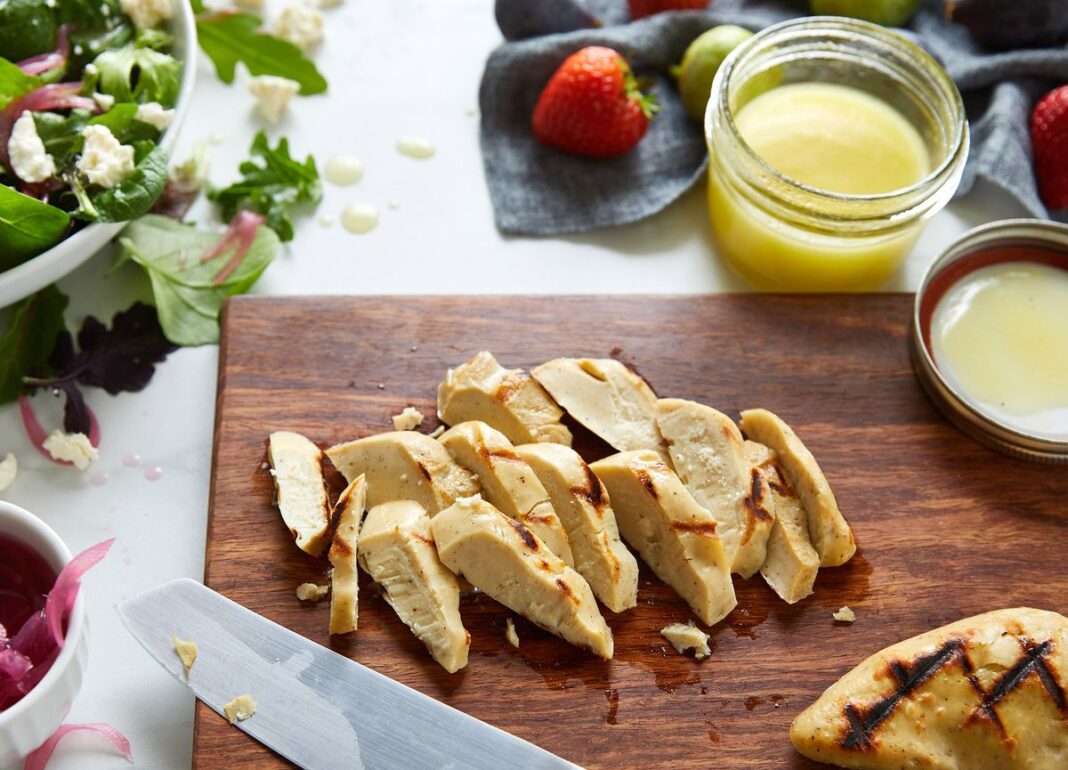 In a global first, the Singapore Food Agency has approved the sale of Eat Just’s cultured meat to be used as an ingredient in chicken bites.

This has been hailed as a landmark regulation in the meat industry, with the approval possibly opening the door to a future when all meat is produced without killing any animal, said Eat Just. It allows for a small-scale commercial release by the company’s new brand, GOOD Meat, in Singapore.

Eat Just grows its cultured meat cells by running over 20 production runs in 1,200-litre bioreactors, and then combining them with plant-based ingredients. This process doesn’t use any antibiotics.

The team of scientists, regulatory experts and product developers have prepared extensive documentation on the cultured chicken’s characterisation and production process. Eat Just, which is also known for its vegan JUST egg, calls Singapore’s reputation as a world leader in business, technology and cultural innovation a factor in this breakthrough.

Ira van Eelen, co-founder of KindEarth.Tech, said: “Singapore is a little like the Netherlands, a very good guiding country. If something gets approved in Singapore, it gets a good reputation. The biggest growth in meat consumption is expected in Asia as well, so why do it in Europe or the States?”

While cultured meat has seen a rise in Israel, van Eelen doesn’t believe companies based there, like Aleph Farms, would make a play for the Singaporean market anytime soon. But she added that Europe is in a predicament, as the regulatory approval process can be long-drawn.

Officially, it takes eighteen months, but it typically takes about two years after the companies and authorities have sorted out all queries. “Right now, nobody has put in an application. So why not see if you can go faster from Singapore. It’s a forward country and has the biggest growth market in the world,” she said.

“Because they’ve already now done it in Singapore, it may well be faster there than in Europe. I don’t think it’ll take another two years for the next company to start, because Singapore already has amazing startups,” added van Eelen.

Eat Just says that initial availability would be limited and the cell-based chicken bites would be sold in a restaurant in Singapore. And while the cultured meat product would be significantly more expensive until production scales up, Eat Just expects it to ultimately be cheaper.

But would consumers shell for the clean meat product? “In any market, whether it’s phone or food, you always have early adopters,” said van Eelen. She cited the example of Bistro In Vitro, which has a long-standing list of people who want to eat cell-based meat. “The next table you can get with them is in 2028. I don’t think it’s going to be very difficult for people to pay extra dollars for a chicken nugget.”

Anay Mridul
Anay is the managing editor of The Vegan Review. A journalism graduate from City, University of London, he was a barista for three years, and never shuts up about coffee. He's passionate about coffee, plant-based milk, cooking, eating, veganism, writing about all that, profiling people, and the Oxford Comma. Originally from India, he went vegan in 2020, after attempting (and failing) Veganuary. He believes being environmentally conscious is a basic responsibility, and veganism is the best thing you can do to battle climate change. He gets lost at Whole Foods sometimes.
Previous articleD3CO: balancing more comfort with less consumption
Next articleKairi London: Vegan leather planting the globe with forests