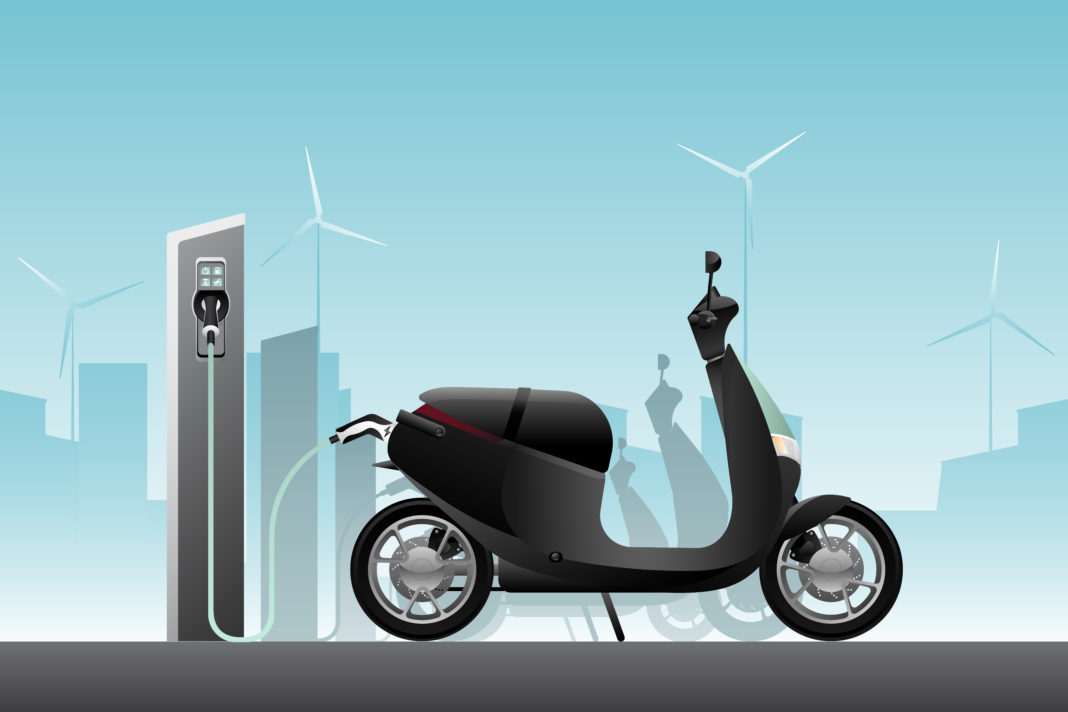 Students from the Gujarat Technical University have invented electric and battery-operated motorbike kits that are both cost-efficient and eco-conscious.

The impact of the travelling industry on climate change and overall planetary health is immense. We constantly hear about how we should fly as little as possible and in turn help combat carbon dioxide emissions. Well, even though that is necessary, the aviation industry is only responsible for 12% of the CO2 emissions as compared to the mammoth-sized 74% from road transportation.

It isn’t currently possible to stop driving cars, taking buses, or taxis. So, what can we do and what is being done to decrease the impact? There are several eco-friendly and sustainable alternatives that have been introduced. One of the most popular sustainable transportation products is Tesla’s electric cars. While they are a great solution, are they for everyone?

Not everyone can afford a Tesla, or even a car. So, how can they do their bit to reduce greenhouse gas emissions? This question troubled two students at the Gujarat Technological University (GTU) in India.

Hundreds of millions of people use motorcycles as their everyday transportation across the world. It is especially common in Asian countries, India being one of them.

These two-wheelers made up a whopping 74% of vehicles in India in 2017. But the pollution and carbon emission rates are extremely high from these vehicles. Sure, the government of India has implemented air pollution checks to fight these issues, but how far can that go? 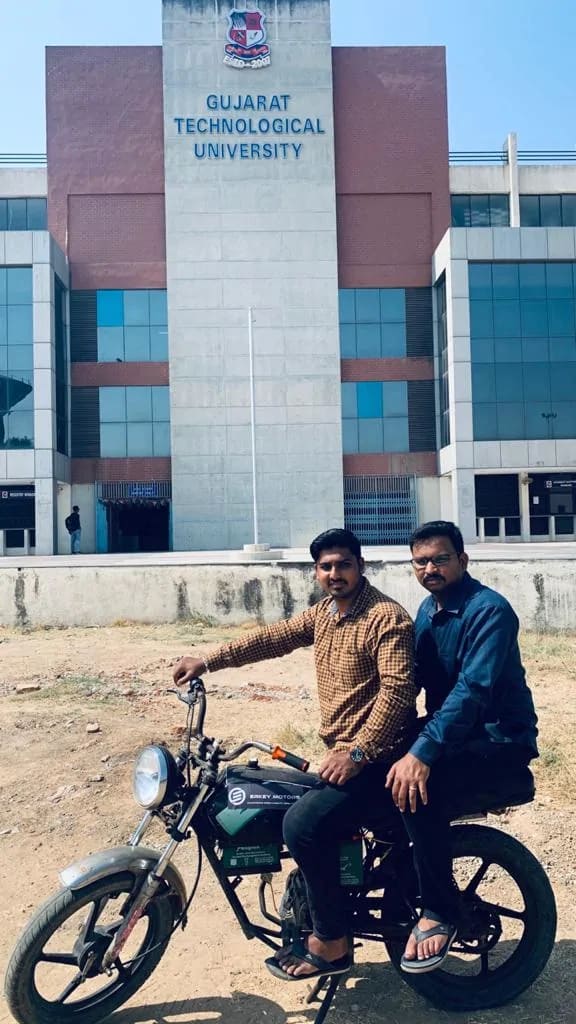 Keeping all that in mind, the two GTU students, Arpit Chauhan and Kartik Atreya, developed an electric and battery-operated kit to help run motorbikes. Chauhan and Atreya are enrolled in the university’s Graduate School of Management Studies.

The product is both eco-friendly and cost-effective. This invention comes at a great time, as the country continues to experience a soar in petrol prices. The battery kit is developed using lithium and six lead-acid batteries, which will help run the motorbike. The students claim that these additions run these bikes just like regular bikes.

They add that these bikes can run up to 80km for a mere 25 paise, which is roughly equivalent to £0.0025. Both Chauhan and Atreya state that their battery kit allows the motorbikes to bring down noise pollution. They claim it reduces it by ten to twelve decibels.

This aspect is very enticing for the Indian market, as the country experiences an average of 67.8 decibels of noise levels during daytime in ten big cities. Chauhan and Atreya worked for over six years to develop this product and launched it as a startup project under the technical university. 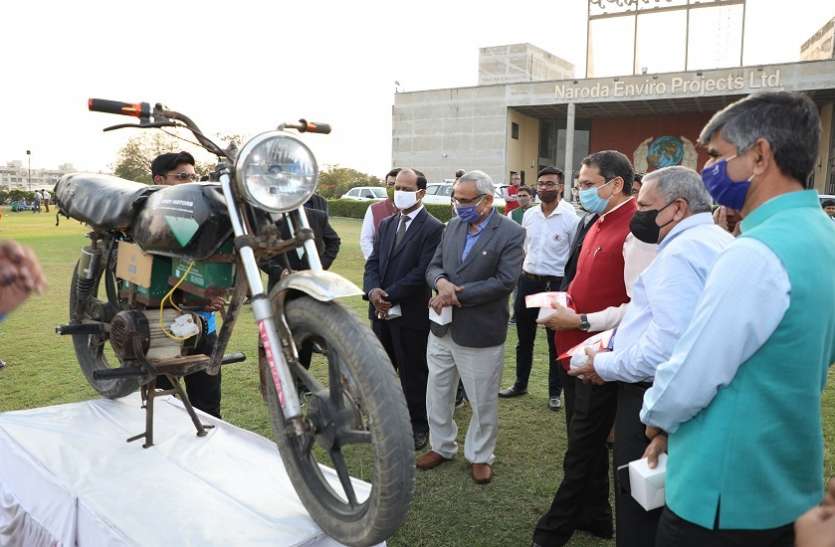 What does this mean for the country and the world’s carbon dioxide emission rates? If this eco-friendly product works on a large scale, then this obviously will be beneficial for the earth. But it also comes with cost efficiency and a relatively longer distance.

Today, the petrol price at India’s capital, New Delhi, is over ₹90 per litre, and it approximately takes around 2.5 litres for 80 kilometres on a motorbike. This means people will be spending around ₹225 on a petrol-run bike as compared to 25 paise on the electric and battery-operated bike.

With the successful development of the eco-friendly two-wheeler battery kits, Chauhan and Atreya have moved onto the four-wheeler world. The university says the students are working on developing similar sustainable kits for cars, tractors, and auto rickshaws.