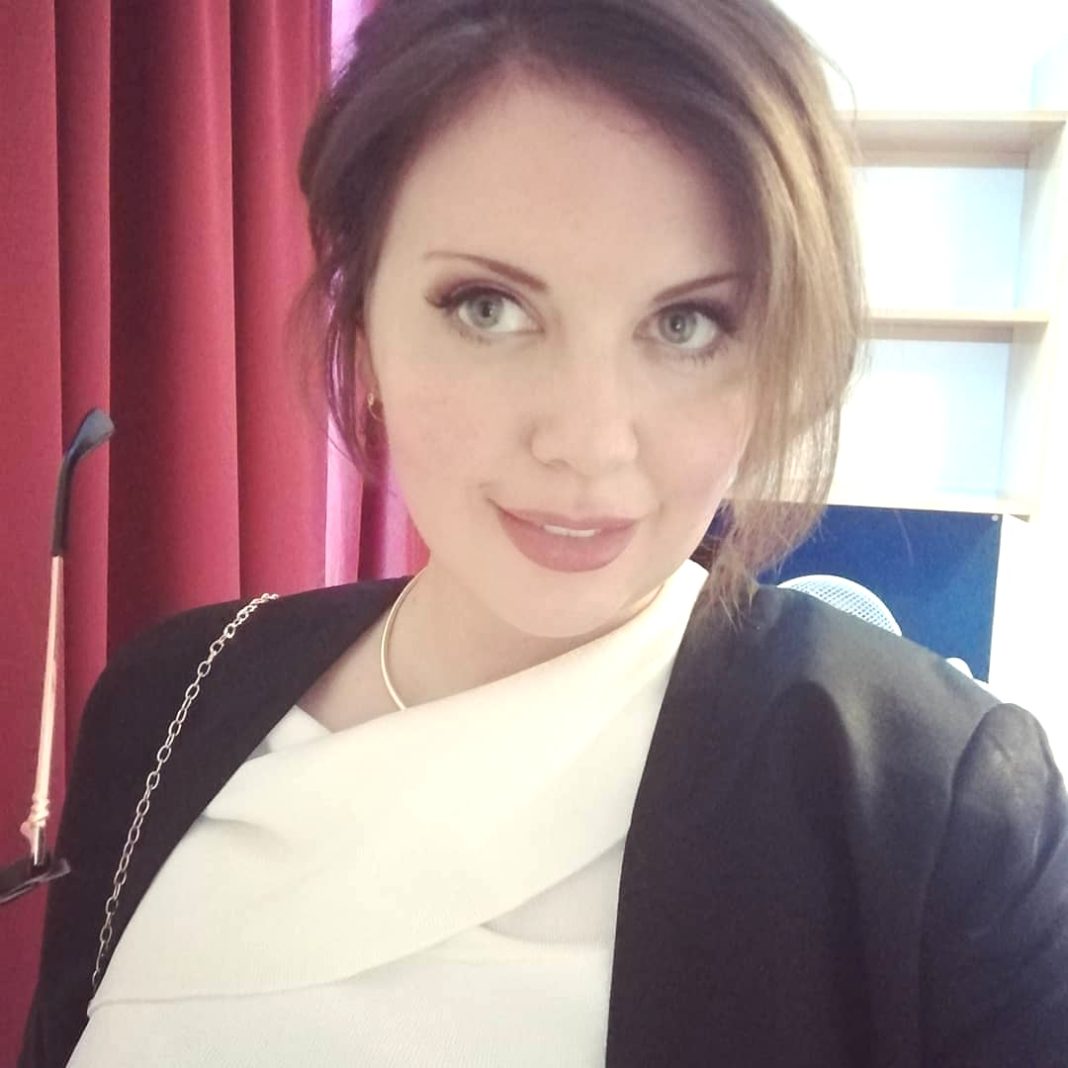 As Zoe May, vegan activist talks about turning her thoughts to animal welfare, she says: “I was obsessed. I would wake up every morning and the first thing I’d think about was animal rights,” she explains.

After the death of her friend, May decided to adopt a chihuahua to keep her company. Little did she know, her dog was going to change her life.

After falling in love with Bella [her dog], it gave May a whole new perspective on animals.

‘There was this one moment where I was eating chicken curry, and I had my dog sitting next to me, and then all of a sudden, I thought “what am I doing?”’

If I had got to know that chicken,  I would have realised that the chicken had a world of its own, an impulse to live.’ And it was at that moment, Zoe swore off animals and went vegetarian overnight. After swearing off all animals, except for fish, it was not long before May decided to try veganism. 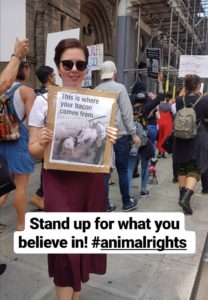 After a successful two weeks of changing her diet, Zoe realised that going vegan was something she could do fully.

‘I realised I was pretty much already vegan, but I hadn’t realised it,’ says Zoe. ‘I’m not that big on chocolate and stuff like that so, it wasn’t that hard.’

From Vegan Newbie to Vegan Obsessive

However, after watching many documentaries about the treatment of animals and researching animal rights, Zoe’s love for them became, what she calls, an obsession. She had this sudden drive to help the animals and spread the message, but not without it taking a toll on her mental health. From actively protesting on social media, speaking to activists and trying to ‘change the world’, Zoe became consumed.

‘I got really passionate,’ she says. ‘I was thinking about it 24/7, and I felt like I wanted to change the world. I felt like I had to convert everyone.

‘I went to a very dark place for a while.’

‘I was following all these activists, and they were all sharing horrific clips from the dairy industry on a daily basis,’ she says. ‘I would wake up, and I was like “right”, and I would have this angry thought about animal agriculture, and I would tweet it.’

While Zoe’s account was gaining attention from fellow vegans, this came alongside backlash from non-vegans: ‘I ended up getting a lot of abuse on that account and that really affected my mental health as well,’ she says. ‘It was just a lot of people just being rude to me and acting like I was wrong and stupid for my views.’

The ‘online trolls’ also branded May as a hypocrite for working for a designer fashion company that sold leather bags and for wearing leather (she bought before) as well. However, since becoming vegan, Zoe has not purchased leather goods since. ‘I feel like people want to find a bad person in any single way they could,’ she says. 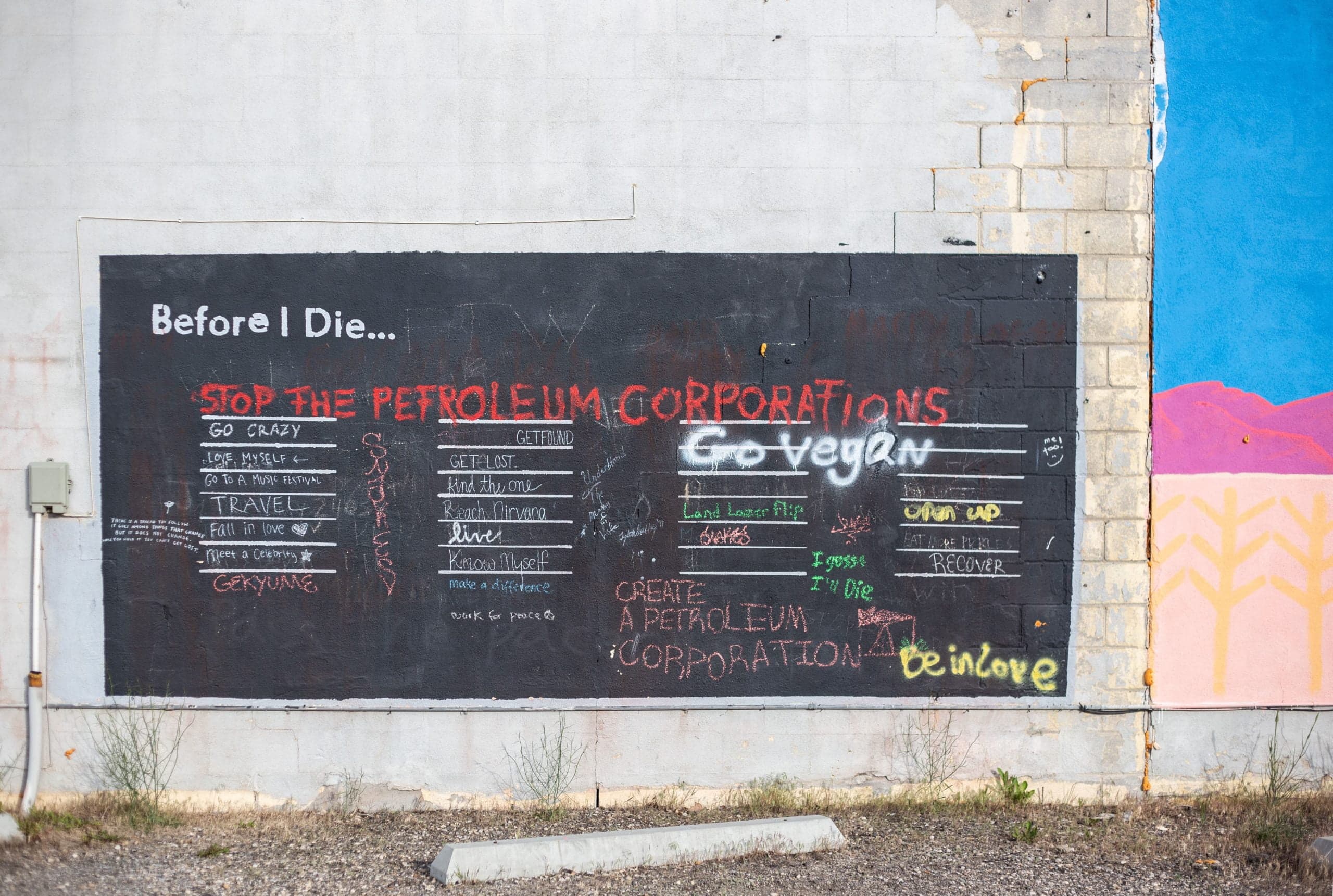 The abuse took such a toll that it resulted in May taking anxiety medication and deleting her account, but she still went to live protests for animal rights.

Her passion also led to Zoe expecting her family and friends to have the same reaction towards the treatment of animals as she did. But when they did not, it made her question the morality of the people around her.

‘I was expecting the same passionate response from other people, and they just didn’t care,’ she says. ‘I found that really frustrating, quite alienating because I didn’t really have very many vegan friends. So, it got me down.’

After a few years of feeling angry, Zoe began to, what she says ‘mellowing’ down. ‘I guess it’s got to the point that it’s either I can carry on being angry at everybody and feel really lonely or frustrated. Or I can just not let it go but relax a bit and try and have connections with people,’ she says.

‘I couldn’t carry on being angry all the time. I’m definitely in a better place now.’

As Zoe reflects on her past, she reveals why she thinks she got obsessed and isolated. ‘I just felt frustrated I guess with the fact that so many people around me, they claim to care about social issues in general, but for some reason, animal rights are something they don’t want to engage in,’ she says.

Despite feeling isolated and generally down about animal rights, Zoe felt that she owed it to the animals to try and do her bit to help them. And although she had always suffered from anxiety, immersing herself in clips of animal agriculture and watching the treatment of farm animals did not improve her mental state.

Receiving online abuse also did not help Zoe, something she blames as well. ‘I think people should just bear in mind that we do have good intentions at the heart of it and so, there’s no real need for abusing us,’ she says. May also decided to refrain from going to protests as she felt that they also contributed to her poor mental health. ‘I used to go to marches and stuff, but I think because it affected my mental health so badly, I don’t really want to do that anymore,’ she says.

Today, Zoe is still vegan and writes romantic comedies for Harper Collins and dabbles in freelance PR and she still has the same enthusiasm for veganism. But instead of going to protests and sharing her passion online, Zoe is thinking about donating 10% of the money made from her next novel to a vegan charity. This will allow her to contribute to helping the animals and making the world more vegan, without having to feel down and not have a pang of guilt by thinking that she’s not doing anything.

Zoe’s experience illustrates how you do not need to sacrifice your mental state for something you care so deeply about. ‘I cared so much, and I was tweeting all the time, and I was getting abused online, I was crying all the time, I was anxious, I was having panic attacks,’ she says.

‘I’ve just realised that life is also too short for people and we also have to try and have a good life and just find a way that you can help that suits you and protects your own sanity.’

Anam Alam
Anam is a freelance writer for The Vegan Review and a student studying journalism. She is a passionate writer who possesses a range of skills ranging from audio, video, editorial and creative writing. Her goal is to educate the public and the world with stories that she feels need to be talked more about in society.
Previous articleVegan diets and kidney stones: What you should know
Next articleAre vegan meat alternatives sustainable for the planet and us?