The dark side to entertainment: the problems with zoos, aquariums and circuses 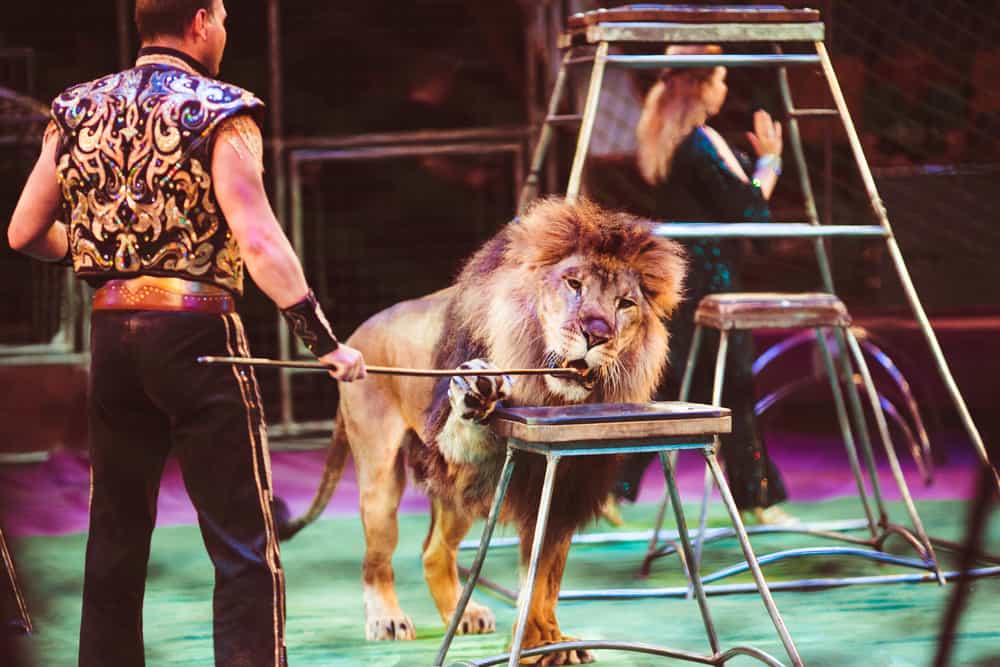 Zoos, aquariums and circuses are all popular entertainment venues, but behind the scenes, cruelty is sparking the animal rights debate.

Stolen from their homes. Separated from their families. Forced into confined spaces. Forced to perform. Beaten into submission. Tied up and tortured. If this was a human, the police would’ve been called after the first sentence. Unfortunately, however, with animals, it’s a whole different ball game. Literally. One where if the sea lions don’t catch the ball, they’re beaten behind the scenes later.

Zoos, aquariums and circuses have existed since the 18th and early 19th centuries. Zoos began because scientists wanted to research animals in places that were similar to their natural habitats. Yet, their natural habitats aren’t like zoos, where they’re kept in confined spaces, unable to roam freely. Animal rights charity Born Free found that zoos are “woefully inadequate” for animals’ needs. Zoology student Erin Duerden agrees with this, explaining that this leads to “abnormal behaviour problems”, which is supported by Born Free. Duerden also refers to stress, medical problems and high infant mortality rates as consequences of the poor conditions these animals are kept in. 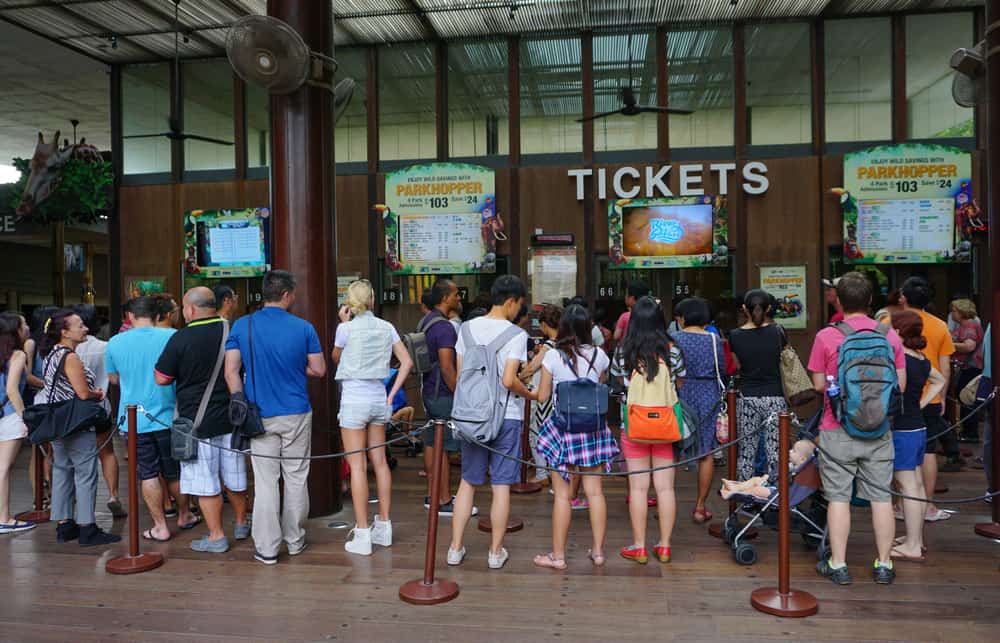 There are 10,000 zoos around the world and they have over 600 million visitors annually. But despite these clear and catastrophic concerns, people continue to visit them. Duerden says that this is because, for visitors, watching a tiger walk up and down may be entertaining. However, in reality, that tiger is enduring stress. “Zoos are too focused on the visitor experience,” she explains.

Thomas Pietsch, wild animal expert at animal welfare organisation Four Paws, agrees: “Many enclosures are attractively designed for the visitor but are monotonous for the animals themselves.” This links to the lack of animal welfare legislations in place to protect animals, which instead focus on protecting the public

Read our story on drawing the line between animal and human rights.

Furthermore, many people believe that the entry fees to zoos go to the conservation of the animals. However, “few people realise how little of [it] may actually go to help conserve threatened species”, as Born Free reports, and instead, zoos are “run for profit” and “continue to take animals from the wild”.

People are also led to believe that zoos are educational, informing visitors how different animals live. But the big problem here is that they aren’t in their natural environment, so they can’t educate them accurately, as they aren’t living or behaving as they would in the wild. A study found that 62% of children experienced no change or a negative change in learning following a zoo visit.

Additionally, people trust that zoos conduct research into animal behaviour, including their response to the environment, visitor presence or reproduction problems in captivity. Nonetheless, the majority of this research is only necessary due to the existence and problems caused by zoos, so without zoos, this research wouldn’t be required. 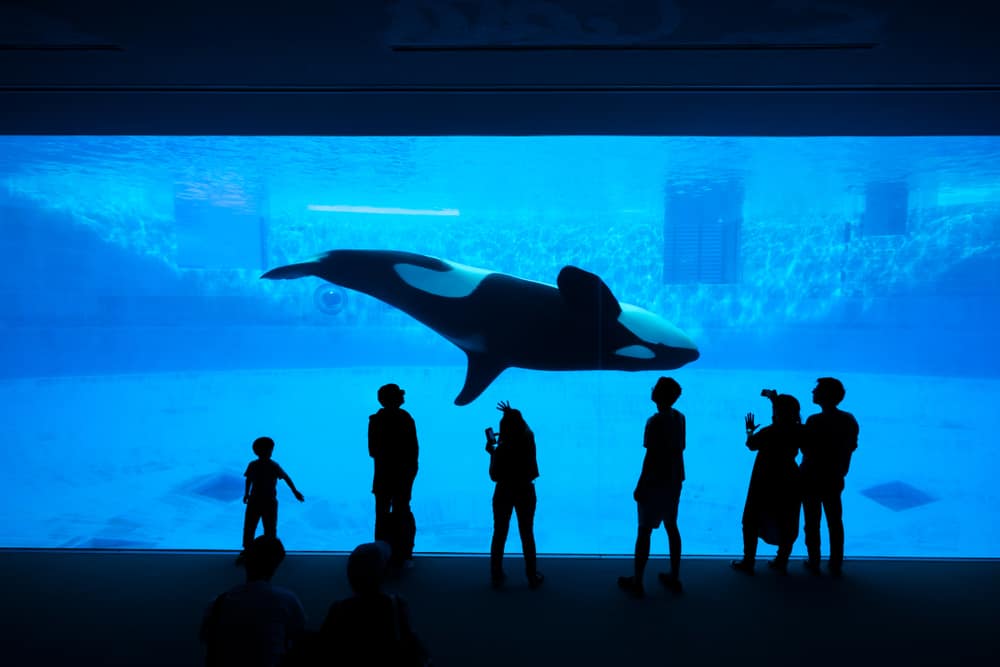 The first aquarium was invented in 1832 to enable the study of aquatic animals. Nevertheless, again, this research failed to consider the conditions and welfare of animals, squeezing them into small tanks, so they can only swim in repetitive circles instead of the endless lengths of the ocean. They’re often drugged to cope with these conditions, or break their teeth chewing on metal bars or concrete sides of their tanks. As a result, captive marine animals often have a shorter life expectancy. For instance, whales at SeaWorld often die in their teens, whereas wild ones can live till over 100. And similarly, dolphins can live for decades in the wild but often suffer and die prematurely in captivity.

Moreover, interactive programs such as swimming with dolphins are very popular, but, in reality, they’re intrusive, stressful and dangerous for both the animals and humans. Petting pools are another common part of the aquarium experience, where people have the opportunity to touch marine life, such as stingrays. These are problematic because they’re hotspots for foreign bacteria and the animals become anxious, frustrated and aggressive from constant interaction. Consequently, Four Paws believes that “direct contact between visitors and wild animals should be a thing of the past”, Pietsch affirms.

Despite this, however, the public continues to pay hundreds for a few photos with dolphins on holiday. It is likely, though, that those same people are aware of the ethical implications. So, are they simply not concerned about the wellbeing of these animals? Or are they too unaware to acknowledge it as an issue?

“I think the public are definitely ignorant in acknowledging the stress these animals endure,” says Duerden. “Even I am guilty of this,” she admits. “I went to a dolphin show in Valencia and at the time thought it was amazing. [But now] it is clear there are welfare issues at hand.” 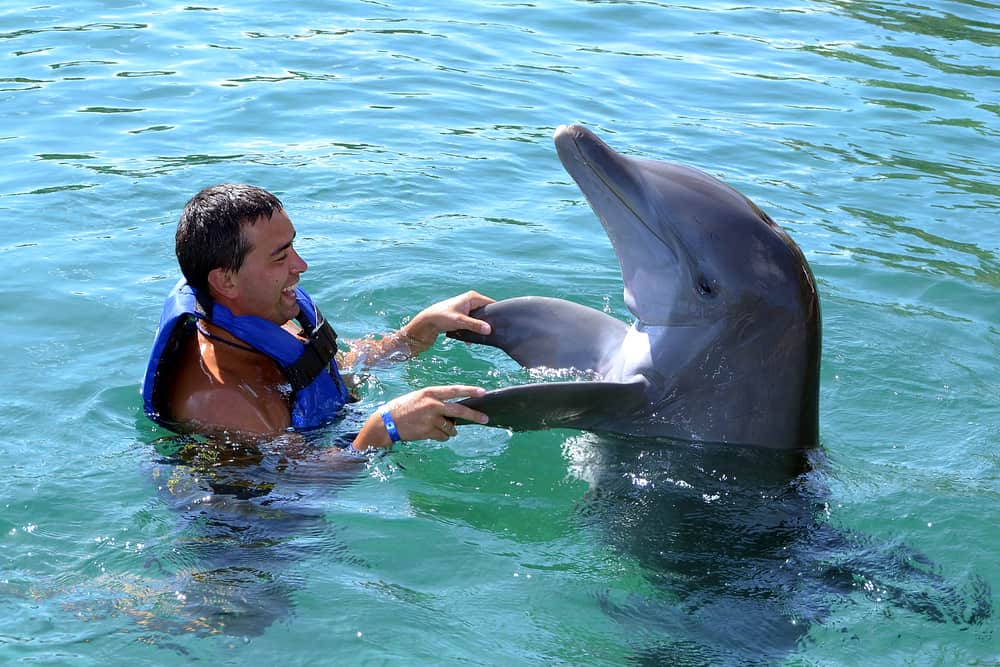 On the other hand, Pietsch suggests that people are becoming more aware of restrictions faced by animals in captivity as a result of Covid-19. “Having been in lockdown for the best part of a year, we now have a greater understanding of what it feels like to be contained,” he explains. Following an opinion poll by Eurogroup for Animals in February 2021, 83% agree that the EU should guarantee that cruel uses of animals aren’t allowed.

When asked about the solution regarding these forms of entertainment, Duerden says that “the ideal solution would be to close [them] and focus on conservation, but economically that is not sustainable due to the thousands of job losses and the revenue from visitors and conservation schemes within zoos”.

Pietsch disagrees: “Substandard zoos, circuses or places offering direct interaction with wildlife et al do not contribute to conservation purposes.” He offers a solution, confirming that “Four Paws’s aim is to increase animal welfare in zoos step-by-step and put a strong emphasis on the well-being of every single animal.”

Duerden agrees, saying they must do this by “ensuring adequate enclosures and minimising visitor effects”. She adds that the welfare of animals in captivity can also be improved through news laws and regulations.

Finally, circuses started in 1768 and, like, both zoos and aquariums, they focused on entertainment rather than animal cruelty. People ignored, and continue to ignore, the fact that in all these cases, animals are separated from their families and denied the freedom to engage in almost any natural behaviour. Circuses see animals stuck in cramped, filthy cages, confined in enclosures and chained in tents, causing them intense psychological trauma and depression. A lot of these animals are naturally active, so this is really bad for them. They’re also only let out of their cages for short periods of time to perform.

These performances are at the centre of the circus and they require a lot of training, but it is often not acknowledged how brutal this training can be. Animals are beaten into submission to perform tricks and stunts. 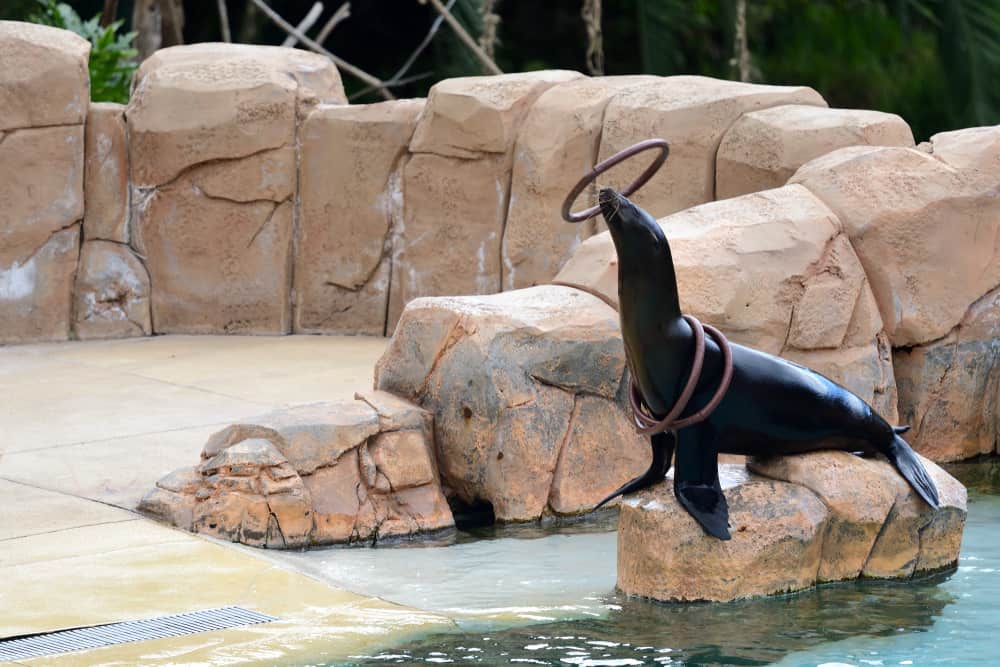 Animal performances are part of zoos and aquariums too, like sea lion or dolphin shows, but they are a big part of circuses specifically, including big cats jumping through burning rings, apes riding motorcycles and bears standing on their hind legs. But, of course, these tricks are behaviourally unnatural and physically uncomfortable for the animals. They’re forced against their will to perform by being beaten and tortured.

Zoos, aquariums and circuses might just seem to be ‘a bit of fun’, but there’s a deadly dark side to these entertainment venues. Animals are confined in unnatural environments and forced to do unnatural things, all to entertain us. But at what cost? How entertaining really is their suffering? At the end of the day, the evidence couldn’t be clearer — change is necessary and the power is in our pennies.

Chloë Morgan
Chloë is a recent English graduate from Loughborough University. She tries to use her writing to raise awareness of important issues in an attempt to help others. Her passions lie in social justice, mental health and sustainability. After taking part in 'Veganuary', she developed an interest in veganism and recently went vegan. She is also trying to boycott fast fashion as much as possible by shopping second-hand and more sustainably.
Previous articleOatly to build one of world’s largest plant-based milk factories in the UK
Next articleAre you having sustainable sex? 5 of the best vegan sex toys and accessories