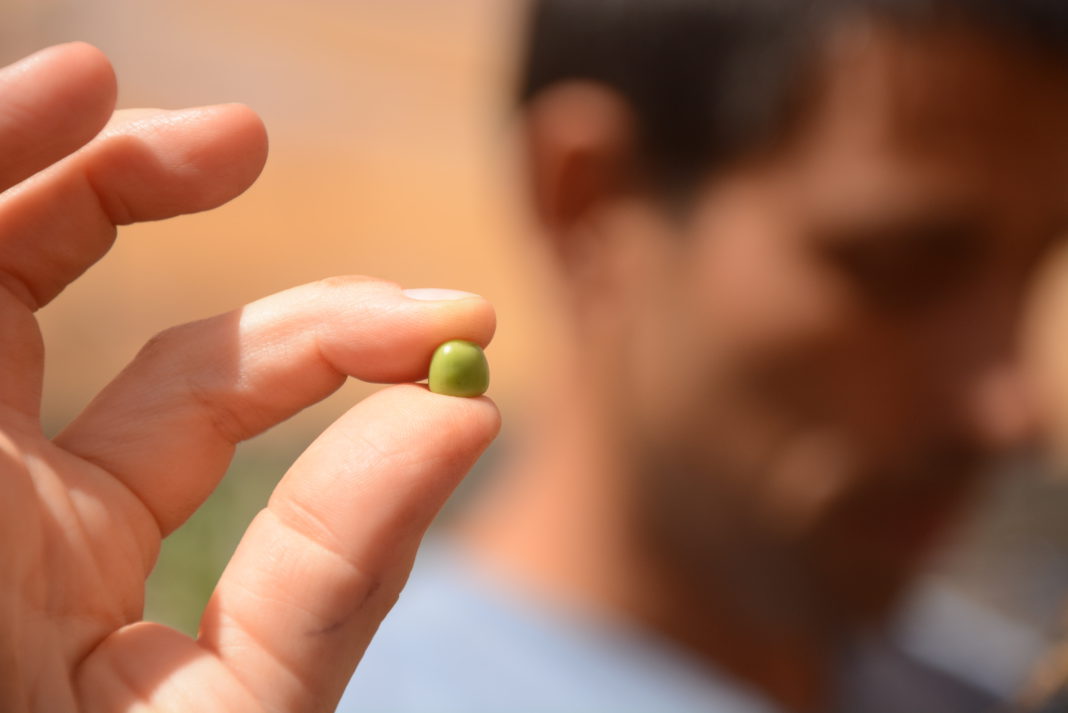 Israeli startup Equinom is working towards improving the source of the plant-based diet, and it all starts from the seed.

“My mission on this planet is going to conclude by improving the foods that everybody is eating,” says Gil Shalev, the CEO of Equinom.

An Israeli startup founded in 2012, it was created to solve the issue of plant-based food manufacturers using heavily processed protein sources such as protein isolates, owing to their high protein content, over lightly processed sources known as protein concentrates.

Its solution is to use breeding technology to improve what we eat by focusing on genetics and reducing the saturated fats that are added to foods or seeds, which will therefore reduce processing.

Shalev says: “We are basically a sophisticated business and we don’t do any kind of gene manipulation. Instead, we are discovering the traits on the genes or the genome.”

This process is carried out via the use of artificial intelligence and computational technology using the algorithms to discover genomics and genes of interest and creating combinations. Equinom increases the protein content in protein concentrate, whilst producing very lightly processed varieties, which will allow food manufacturers to switch to protein concentrate and, in turn, significantly reduce processing. 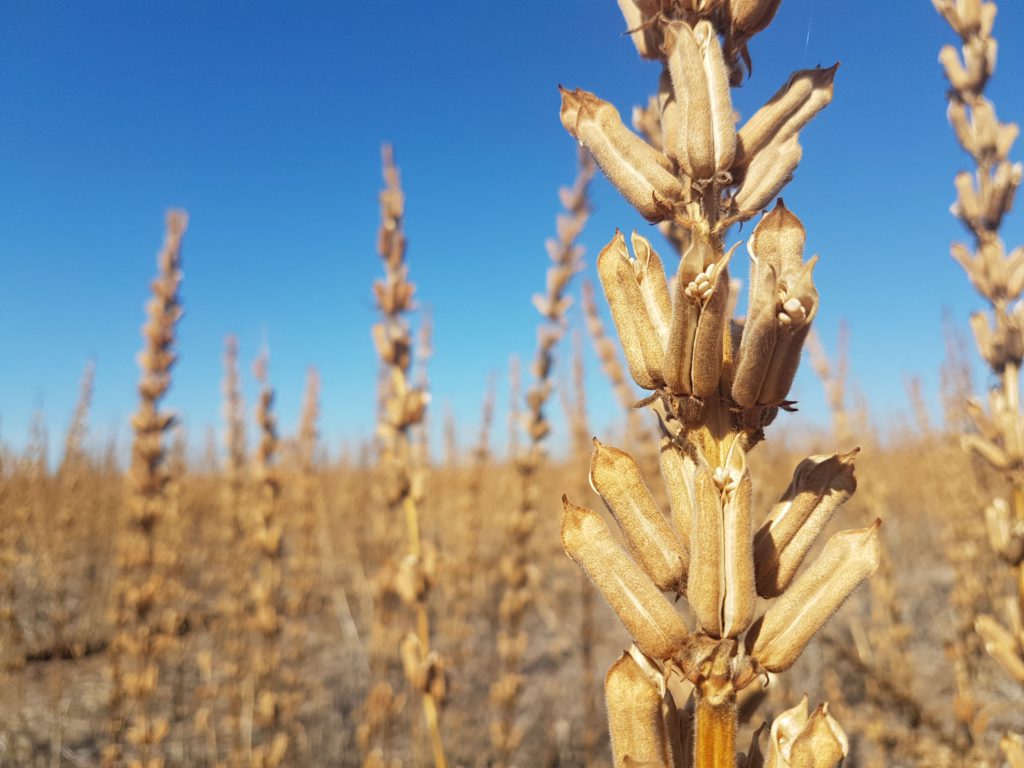 “The main idea of Equinom is to move to the processing facility back to the field,” Shalev adds. He explains that if you take an inferior seed, grain it and process it before heavy investment, then it will increase the quality and value of what you are obtaining from the field.

“Equinom is providing the farmers with better seeds, which will provide better grains, and therefore the processing facility is becoming less relevant. So, it’s reliable, it’s made by nature and it’s non-GMO.”

Shalev explains that farms are transitioning from animal agriculture as there is now an incentive: “A farmer will get a premium on his production because now he’s becoming the processor facility too.” Therefore, farmers become involved in the process as they need to provide high-quality grains to the end-users.

Equinom works with a variety of crops such as soybeans, sesame seeds and yellow peas. Explaining his choice of sesame seeds, Shalev says his goal was to covert this crop from a manual harvest to a mechanical harvest by using the structure of the capsule, which would then increase the quality of the oil: “This is a neglected crop, but it’s a $10 million marketing industry.”

He believes that working intensively on soybeans and yellow peas is vital as they are the major proteins today, but they are working to improve these grains further. “It also enables us to increase the diversity of the food you’re eating today.” 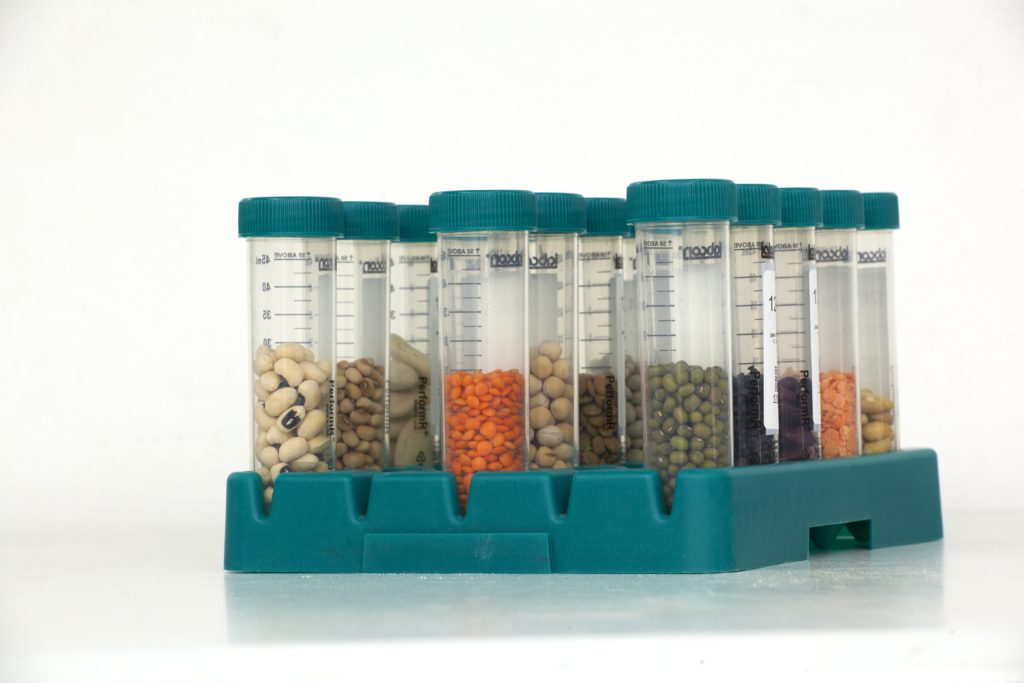 Equinom is also working on chickpeas, fava beans and mung beans. Shalev says: “Each one of them gives you a different nutritional value and different functionality, which is the future. As you can see today in the bread or wheat industry, the solution is not going to come from a single variety.

“You need to increase the quality and the diversification by changing the varieties and we believe it’s going to happen in five to ten years’ time in the alternative protein industry.”

The brand has the tagline: “The smartest seeds,” which encompasses their visions. “We believe everything starts with the source. We tend to forget it because people already know,” Shalev explains. He emphasises that the seeds are the beginning of everything Equinom does and at the core of its foundation.

The startup aims to improve what nature has already given us, by enhancing the protein from what can be created via nature, as the “most efficient factory to create protein is photosynthesis”. 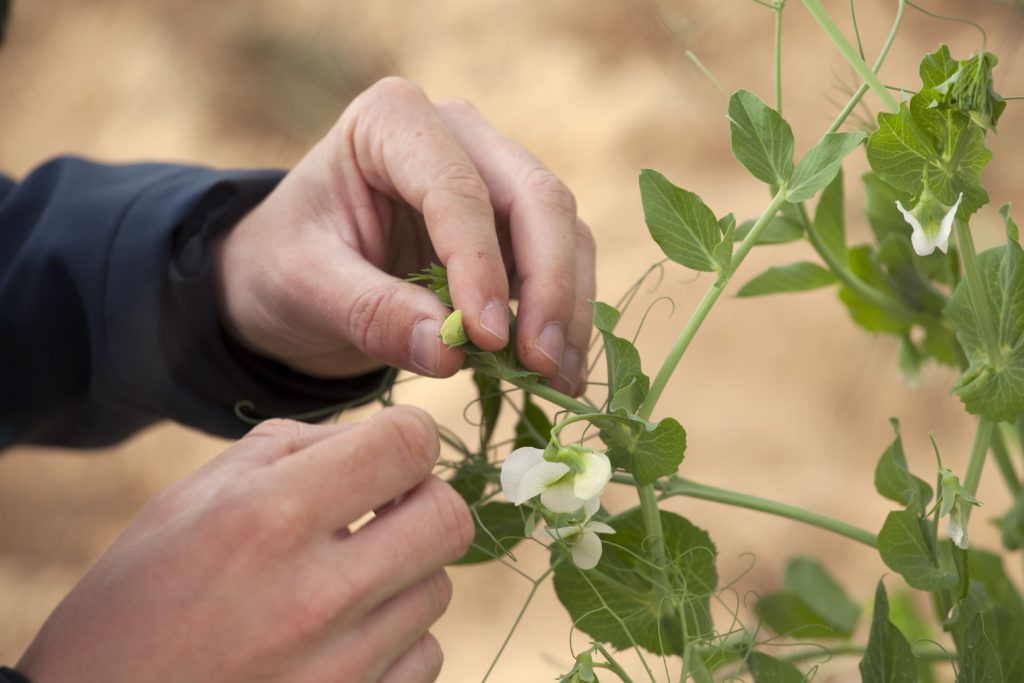 For Shalev, Equinom is a passion project he had a strong desire to pursue after studying plant genetics. He grew up in a difficult background and his father was a small solo farmer in Israel. He tells me about his dream to have a tractor and fulfil his studies. Being a farmer in Israel can be very expensive due to the cost of land, but he was determined to purchase a tractor, and that came after the success of Equinom. “Surprisingly, last year, we bought a tractor for the company and I fulfilled my dream.”

For Equinom to develop further, the company has several successful agreements and is using its own genetics. For example, it has collaborated with Sabra, a hummus and dip company, which uses the sesame seeds to make tahini for its hummus.

“I think the industry is already making revolutions towards understanding the impact of the source, and this is also good for the division of the economy, because, without the acceptance of the industry, we all become non-relevant,” says Shalev, reiterating his belief that Equinom is “improving food for mankind”.

Mansi Vithlani
Mansi Vithlani is a journalism student at City, University of London. A vegetarian her whole life and a massive foodie, she enjoys discovering more about veganism and eating vegan cuisine! She enjoys investigating social media based stories and how its influence has made a significant difference in the last few years.
Previous articleVeganism’s biggest problem (and how to solve it)
Next articleOnly 3% of the world’s ecosystems remain intact, warns study