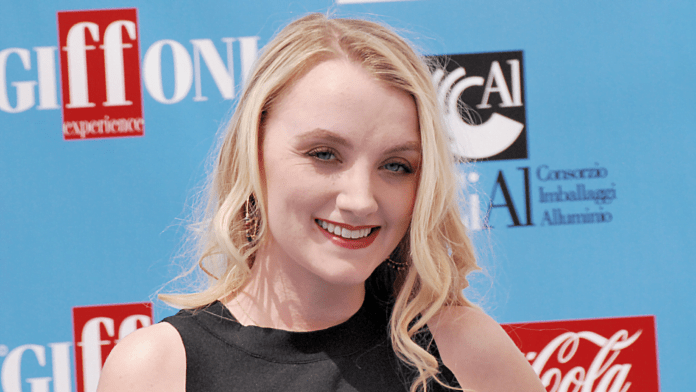 Best known for her role as fan favourite Luna Lovegood in the Harry Potter film series, actress Evanna Lynch, 28 has turned her hand to many things following the franchise’s phenomenal success. In the decade since the last film was released, Evanna has firmly cemented herself into the vegan world as both an activist and businesswoman.

At the age of eleven, Evanna became vegetarian and around the same time, she battled with anorexia disorder. Her curiosity for veganism was seen by her mother, Marguerite as an eating disorder in disguise. Evanna started her plant-based journey in 2014, “It was just the right path for me.” She says, “I felt like as soon as I went vegan, I was more myself like I was just living according to what I believed, which is such a freeing thing when you finally commit to it.”

Since beginning her new vegan lifestyle, Evanna has been vocal in animal rights and other plant-based issues, from banning live exports of animals to animal testing and advocating the use of cruelty-free makeup. Despite only transitioning to veganism in 2014, animal protection and welfare has always been close to Evanna’s heart, “I never found a religion or a faith that was exactly in line with what I believed, but I strongly believe in non-violence, that we shouldn’t be hurting other people or creatures.’

As a passionate animal rights activist, Evanna is constantly looking for ways to educate the public about how animals are treated. In the “makeup tutorial” clip for the People for the Ethical Treatment of Animals’ youth division peta2’s YouTube channel, Evanna exposes the world of animal testing and names brands that continue to use animals to test cosmetics. To simulate the horrors endured by rabbits, mice and scores of other animals, Evanna suffered the skin-burning and eye-irritating tests called “acute toxicity’ tests, she said, “If you’re not [okay] with putting animals through these tests, then maybe you should only be buying cosmetics that are truly cruelty-free.”

In the hope of spreading the vegan trend further and in reaction to the high demand for vegan makeup, Evanna Lynch alongside actress and singer Daniella Monet, cofounded Kinder Beauty Box, a vegan and cruelty-free subscription box. The beauty subscription is currently the number 1 vegan beauty box on the market, with each of their monthly boxes is packed with more than $75 worth of 100% vegan, 100% non-toxic makeup that is never tested on animals.

In 2017, Evanna began hosting a vegan podcast called The ChickPeeps alongside fellow Harry Potter actor Robbie Jarvis, Momoko Hill and animal rights expert Tylor Starr. The podcast, that has over 50 episodes discusses the philosophies, challenges and opinions on living a plant-based lifestyle. Evanna even brings other celebrities onto her podcast in the hope that more people will engage in vegan conservations, including Ginny Weasley actress, Bonnie Wright.

Evanna became a Veganuary ambassador in 2017 and since has used her platform as an actress and celebrity to endorse the vegan movement and to promote the fight against animal testing. On her Instagram last year, Evanna confirmed that she would be starring in an upcoming vegan short film called ‘You Eat Other Animals’ where she would be playing an alien queen who abducts two earthlings.

My lewk for the vegan short film ‘You Eat Other Animals’ playing an alien queen who abducts two earthlings 😈 Hair, makeup and prosthetics by the super talented @tabithalimakeup The film will be out later this year, will keep you posted 🙂 #YouEatOtherAnimals