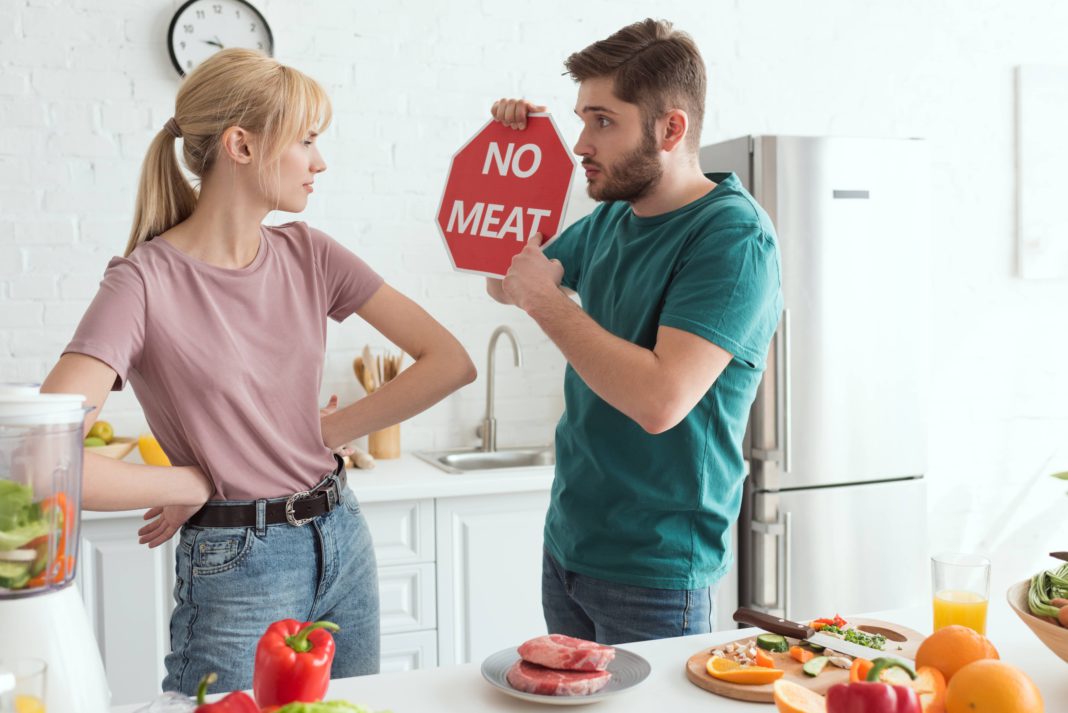 A new survey by vegan dating app Veggly has revealed that more than half of American plant-based eaters wouldn’t consider a relationship with a meat-eater.

More than half of vegans in the US wouldn’t consider dating or being in a relationship with a meat-eater, according to new data released by Veggly.

The vegan dating app surveyed 2,000 of its users across the US to reveal the top dating trends of 2021. It found that American vegans are 13% more likely to avoid dating meat-eaters than vegans from other countries. where the average figure is only 43%.

Nearly one in five (18%) of American vegans also wouldn’t consider dating a vegetarian, as they are still consumers of animal-derived products. This is also higher than the equivalent figure in other countries, where it’s only for one in 10 people.

Even among vegetarians, Americans are more reluctant when it comes to dating meat-eaters. 50% of the respondents said they would not consider a meat-eater for a partner, compared to the 38% for vegetarians in other countries.

Veggly founder Alex Felipelli said: “These findings help us understand why Veggly has become so popular in the United States. American vegans clearly want to be with someone who shares their love of animals. For many American vegans, their ‘veganism’ is a way of life, so it’s understandable they wouldn’t want to be with a partner that consumes animals or animal products.

“We created Veggly for that exact reason and we are very proud of the successful growth in the US. Our mission is to help herbivores find the best and most compatible partners, and we are 100% dedicated to helping this community grow as much as possible. We always reinvest in the platform every month and make improvements to the platform every week to improve the experience and cope with rising demand.”

Read our interview with Alex Felipelli in our story about vegan dating.

Anay Mridul
Anay is journalism graduate from City, University of London, he was a barista for three years, and never shuts up about coffee. He's passionate about coffee, plant-based milk, cooking, eating, veganism, writing about all that, profiling people, and the Oxford Comma. Originally from India, he went vegan in 2020, after attempting (and failing) Veganuary. He believes being environmentally conscious is a basic responsibility, and veganism is the best thing you can do to battle climate change. He gets lost at Whole Foods sometimes.
Previous articleMy Vegan Kitchen’s picks for the UK’s best artisan vegan cheeses
Next articleThe biggest trends in veganism we saw last year