Read an exclusive excerpt from chapter one of Justin Barker’s new book, Bear Boy, which aims to inspire a new generation of activists to question the role of zoos.

Bear Boy by Justin Barker is an autobiographical coming-of-age story about his fight to save Brutus and Ursula, two bears living in abysmal conditions in a California zoo. This excerpt is from the first chapter, when a 13-year-old Barker began his journey into animal activism after picking up a book from PETA called Kids Can Save the Animals. The extract has been lightly edited to match The Vegan Review’s style guide.

The chapter began: “Zoos started long ago as menageries — collections of exotic wild animals kept by kings and emperors. Showmen decided that the public would pay to see fierce tigers and weird monkeys, so city zoos were built.” My heart sunk at the idea of animals being snatched from their families in Africa and brought to terrible places like The Valley. As I read on about the problems with zoos, a horrible memory came flooding back from second grade.

Our teacher told us that our class was adopting Penny, a black-footed cat, from the zoo. I became obsessed with Penny and would stare at her photo that was pinned next to the thermometer that indicated how much my class had raised for her adoption fee. The teacher promised that once we had raised enough money, we could go to the zoo to visit her. 20 of us put 25 cents from our lunch money in a jar every day for three weeks until we raised 75 dollars. My favorite time of the day was science when we learned all about African animals and we spent the entire week leading up to our field trip learning about black-footed cats.

It was a warm spring day when our trip to the zoo finally arrived. We stepped off the yellow bus in a single file. I was mortified to be wearing the exact same neon green shirt as the rest of the kids in my class. They read Zoo Crew. I tuned out our tour guide as we wandered through the zoo, passing by the many animals. “Blah, blah, blah hyenas. Zebras yadda, yadda.” I just wanted to meet Penny.

Then, beyond the filthy hippo tank, pass the puke-green duck pond, the moment I had been waiting for arrived. The paint peeled off a sign that hung over the walkway: Small Felines of Africa. We moved past a long line of cages until the tour guide stopped our group. “This is Penny,” she said. “She is the black-footed cat you all raised money for.” 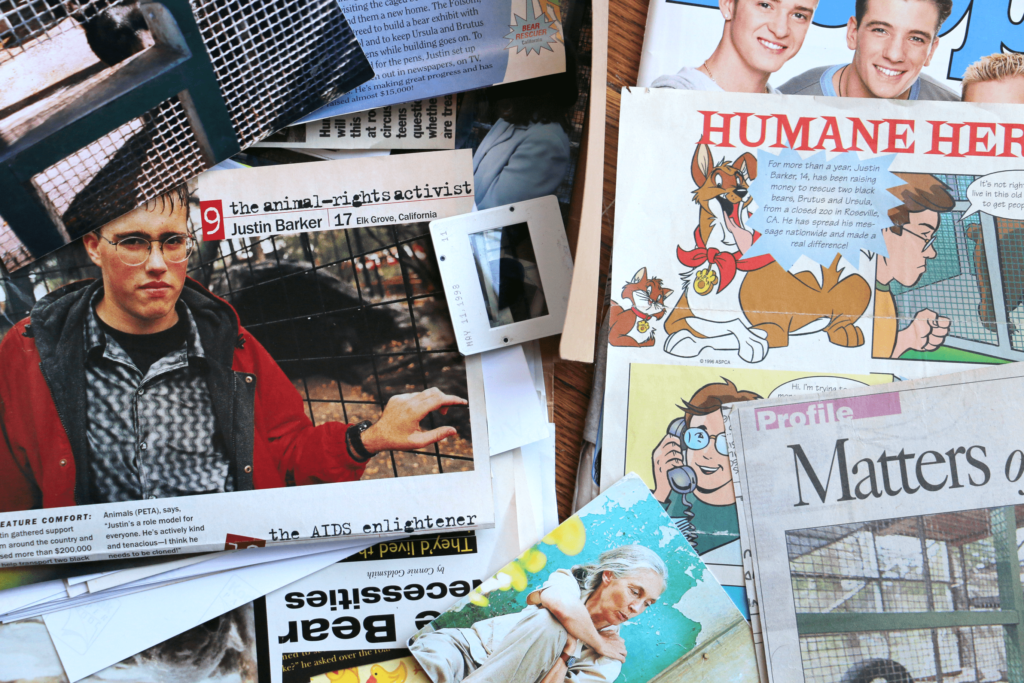 We had learned that her species was nocturnal and slept most of the day. I had imagined she would be in a big sandy pit with well-shaded shadows for her midday naps. I pushed to the front of the group and spotted her in a concrete and metal cage that was only a little bigger than my closet. It was filled with dead tree branches, but I knew from our studies that she couldn’t even climb. Her eyes were wide. She looked like a scared house cat trying to escape the sun and our glares. If she weren’t locked in that hell, she would live on the sandy terrain of the Namibian savannahs. My palms began to sweat from my tight grip on the 4ft-tall fence that stood between us and her enclosure.

One of the kids shook the fence to taunt her. She jumped and cowered near the closed door at the back of her cage. Everyone, including the adults, laughed at her reaction — everyone, that is, except me. I felt so sad for Penny, such disappointment, such shock that anyone thought these conditions were okay. And the fact that she had just become the butt of a bully’s cruel joke? Tears began to roll down my face.

“Look at Jus-teen!” squealed the same kid who had just taunted Penny, adding and then emphasizing an “e” at the end of my name. He turned everyone’s attention to me. “What are you crying about?” he asked loudly, without an ounce of curiosity in his voice.

Six years later, at the start of summer, reading the truth about zoos made me realize that I was right to feel sad for Penny that day. Those kids and adults didn’t get it and there was something wrong with staring and laughing at animals locked in cages thousands of miles from their natural homes. I also realized that I wasn’t so different than Penny — that I, too, was trapped in a place I didn’t want to be, enclosed by gender stereotypes and surrounded by bullies, with no end in sight.

The front door opened; my dad was home early from work. I sat there with my book. He looked surprised that I hadn’t moved since breakfast and that I wasn’t in front of the TV. “Dad,” I blurted out, finally ready to answer the question he had asked me in the car on the way to the bookstore just the day before.

“I know what I’m going to do this summer.”