Exclusive: Free4DairyFree is rallying to end the non-dairy surcharge in coffee shops 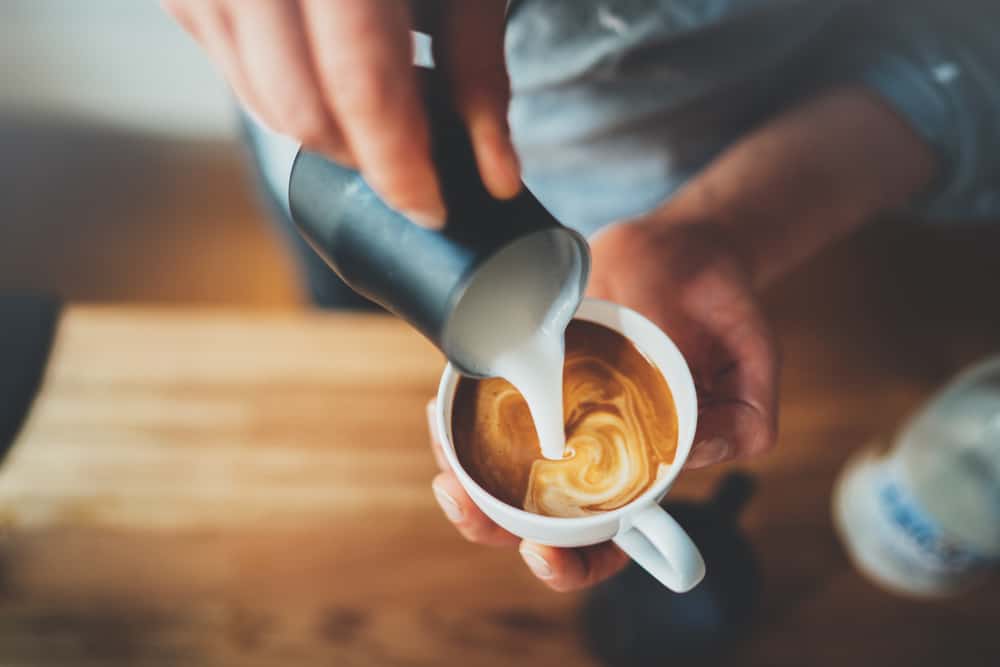 Coffee shops — both independents and chains — have largely been charging extra for plant-based milk, and Free4DairyFree hopes to end that.

This week, Free4DairyFree was launched by Manchester-based Nicole McCulloch and George Bloor to sustainably abolish the surcharges for plant-based milk in the UK’s coffee shops.

In a petition to coffee shops, chains and environment secretary George Eustice, the campaign is an effort to helo cafes come up with sustainable solutions that would help remove the extra charge for non-dairy milk without affecting profit margins.

Free4DairyFree has based its case on calculations around the inflation of profits and charges over the real cost price. Assuming a coffee shop charges 40p for plant-based milk in an Americano, it shows that 29p of that cost (72%) is above the cost of the alt-milk and is taken as profit. The campaign refers to these calculations as “Milkonomics”.

Speaking to The Vegan Review, McCulloch and Bloor said: “The campaign was born from a belief that removing charges for plant milk is fundamentally the right decision for everyone involved. The tide has already turned in favour of plant milk. It’s not a case of whether more people turn to them, it’s simply a case of when.”

Free4DairyFree asks coffee shops who don’t have the surcharge or have removed it to sign the F4DF Charter, a public commitment to not charge extra for alt-milks. It has three components: the commitment, supporting sustainability in the retail sector, and the progressive reduction of global dairy consumption. The goal is for the charter to serve as an industry-standard statement.

Read our opinion on why the plant-based milk surcharge is outdated and in need of change.

The other active solution provided by the campaign is a delivery service designed to help local and independent coffee shops make the shift. The campaign recognises the differing cost bases and flexible profitability in smaller independents, and is offering to support them through the F4DF Delivery concept.

This entails a cluster of independent coffee shops in a defined area sourcing plant-based milk at lower, wholesale prices via Free4DairyFree and removing the in-cafe surcharges. The are four steps to this: the cafe makes a weekly alt-milk order on a pre-agreed rate, the organisation buys it in bulk for the network of coffee shops, it then delivers it to the cafe premises, and the surcharge is removed.

Being a non-profit, any remaining money would be transferred back to the coffee shops. However, Bloor and McCulloch reiterate that to make this work, it will need to have a sufficient number of signups from coffee shops in the same area in order to buy the milk at a low enough rate.

McCulloch and Bloor recognise that the way to affect change is by working with the trade. “Industry collaboration is absolutely critical and we welcome contact from any coffee shop, cafe or retailer interested in reducing or removing charges,” they said. “The only way we’re going to affect real change is by listening and taking into account everyone’s perspectives on the issue.”

Anay Mridul
Anay is journalism graduate from City, University of London, he was a barista for three years, and never shuts up about coffee. He's passionate about coffee, plant-based milk, cooking, eating, veganism, writing about all that, profiling people, and the Oxford Comma. Originally from India, he went vegan in 2020, after attempting (and failing) Veganuary. He believes being environmentally conscious is a basic responsibility, and veganism is the best thing you can do to battle climate change. He gets lost at Whole Foods sometimes.
Previous articleVegan Evan: ‘When I’m president, it’ll be illegal to harm animals’
Next articleThe importance of community as a vegan