Exclusive: Quorn wants 2021 to be the year of solutions 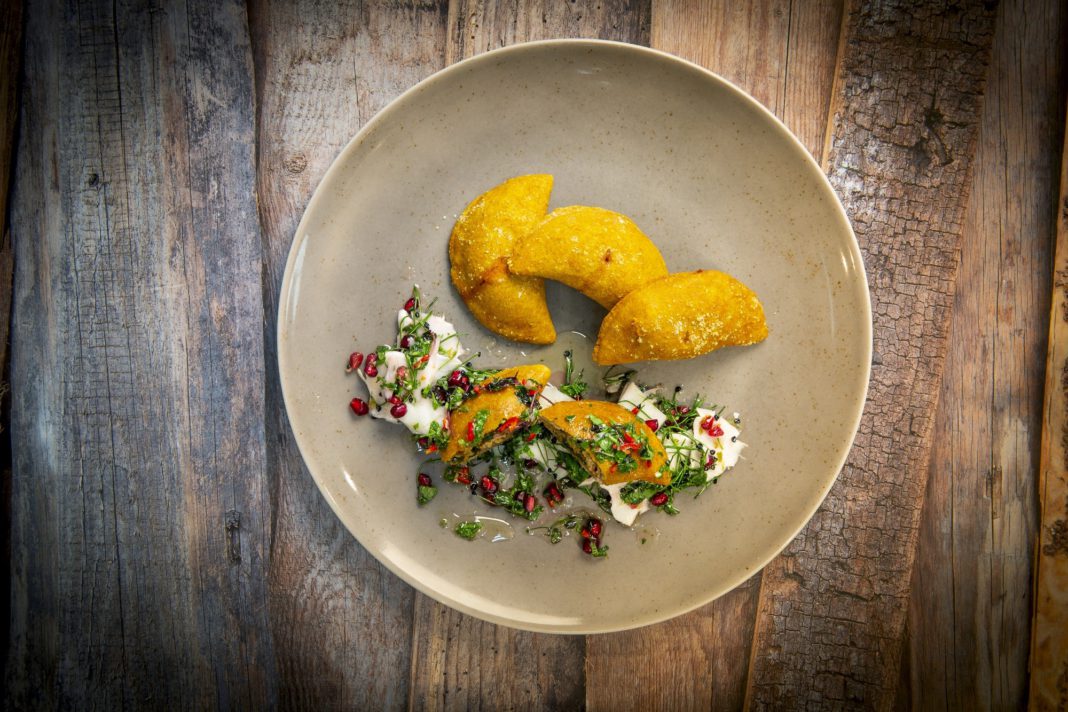 The alt-meat giant did fermented protein before it was cool. Ahead of Plant Based World Europe, Quorn talks up its biggest launch ever.

Quorn wasn’t a fan of the plant-based meat labelling debate in the European parliament. A giant in the meat-free industry, it has been pioneering the movement since 1985. And never once, says its head of marketing and foodservice innovation, Claire Roper, has the brand had a consumer complain that they bought its product mistaking it for a meat sausage.

“We were a little saddened that it came to that point and that they needed to look at that legislation,” says Roper, “when there are much more critical things for them to be considering.”

She offers some examples: the climate emergency, the world health crisis, moving on from the pandemic, global biodiversity loss, fixing the unsustainable parts of the food system.

The Climate Change Committee recommends cutting meat consumption by 20% by 2030, but the UK’s Green Industrial Revolution doesn’t even mention food, let alone veganism. Roper stresses that the government needs to take further action to incentivise people to make these changes.

While she finds it reassuring to see changes surrounding clean energy and electric vehicles put into legislation, Roper adds: “We do need a clear outline of how the government looks to take our food plans into the future and how we make our food systems more sustainable.” Empowering the population and, perhaps more importantly, the next generation is crucial. That means ensuring they “grow up with the knowledge of what their food choices can do, but also, with the next generation of chefs, making sure the menus move with the movement”.

It’s a bold statement coming from a brand that’s a household name in the meat-free movement. Its mission, says Roper, has always been to help people reduce their meat intake. The pandemic, in some ways, hasn’t changed that.

Read our explainer on how the plant-based labelling wars are heating up globally. 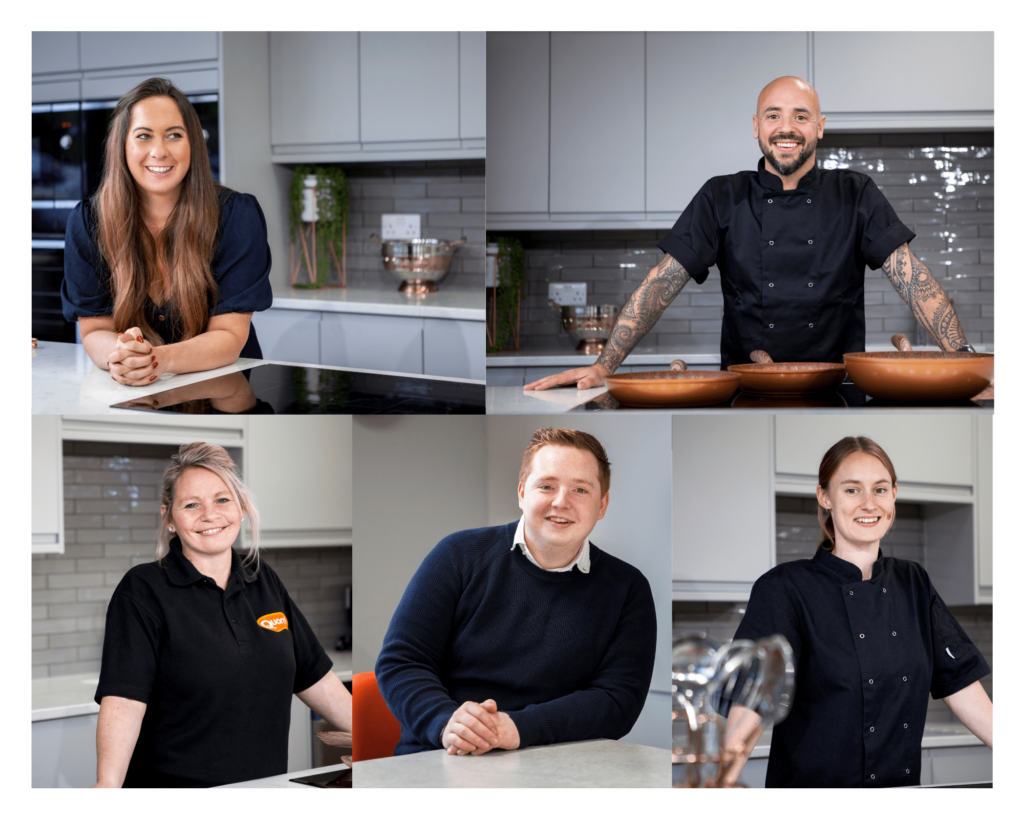 In April 2020, the peak of what became the UK’s first coronavirus lockdown, The Vegan Society released a survey that showed one in five Brits had cut down on eating meat during the pandemic. It makes sense then that vegan-friendly companies saw a massive surge in sales during that period.

For Quorn, that translated into a 60% increase in its frozen product sales. Roper explains why: “The first lockdown saw a change in habits with a lot of bigger shops coming on and frozen becoming a really big part of what people were doing. People were looking to, alongside the much-publicised need to stockpile toilet rolls and pasta, minimise the number of shops they did, and frozen was a key part of that.”

While that rise has levelled out now, there remains a sustained interest in meat-free diets. This January, with Brits under a third lockdown, Veganuary saw half a million people sign up for its challenge, which naturally meant a rise in vegan food, but Quorn doesn’t want to stop there. “We want to be pioneering that change for the rest of people’s lives, not just for the month of January.”

And to do that, the brand has big ambitions, which include becoming net-positive and serving eight billion meals (roughly equivalent to the global population) by 2030. “We want to ensure we’re having that positive impact on the planet, and as a net-positive business, we’d be giving back a lot more than we’d be taking out.”

Mycoprotein, Quorn’s fungal protein and USP, is key to achieving that. “It’s nutritious and sustainable. The land and emissions it takes are significantly less,” notes Roper. “90% less land and water than beef, and fewer greenhouse gases, which can play a big role in terms of the sustainable world we want.”

At two of its sites, the brand is already sourcing 100% renewable energy through a grid connection. It’s also looking at green hydrogen and emerging technologies to check and reduce its emissions. 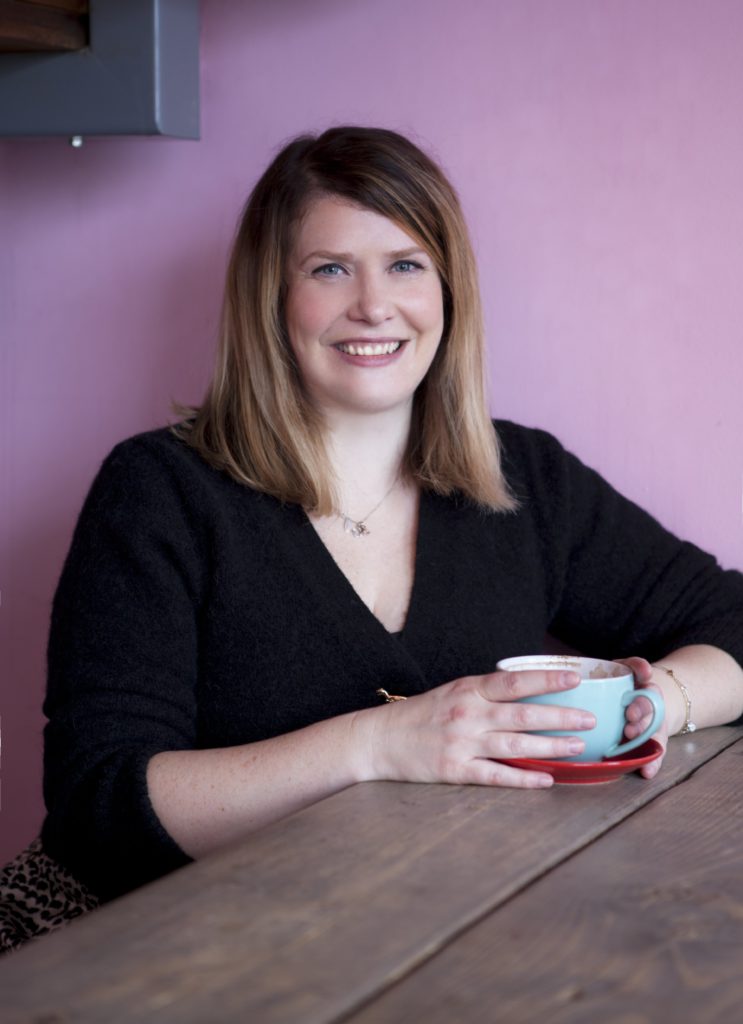 Looking nearer, Quorn has a lot going on this year. It will be exhibiting at Plant Based World Europe in June (with the event being postponed due to the pandemic). “It just made complete sense for us to do something as big as this event and help communicate that alongside the community that’s emerging,” Roper says. “For us, it’s really exciting that this kind of an opportunity is there now. A few years ago, there wouldn’t have been an exhibition dedicated purely to the plant-based world. So we couldn’t not be there, really.”

While she remains tight-lipped about what the plant-based meat giant would be exhibiting at the expo, the foodservice innovation head tells me that Quorn will be showcasing how it can work with delivery and enter that market. “There will also be a product that’s our biggest ever launch,” she adds, her excitement palpable. “[It’s] purely for foodservice, developed to hit that eating-out, university market; that kind of indulgent food area.”

So far this January, Quorn has teamed up with Liverpool FC to be the club’s sustainable protein partner and “make matchdays meat-free”. “For every match that Liverpool play, we’re asking people to go meat-free for that day. We’ll be working with them on menus inside the stadiums once that market reopens.”

It is also collaborating with hospitality trainer HIT to launch a plant-based training programme for chefs, a first in the UK. “We want to continue to support hospitality and food, and make sure we get it as accessible on menus as possible,” says Roper.

She adds: “We really want 2021 to be the year of solutions. If there’s anything we’ve learnt over the last year, it’s about getting into solutions. How do we show people that easy way to make those changes? Every year is pivotal in terms of climate change, so let’s make 2021 that year that we encourage people to make that change.”

Read our interview with OmniPork, another brand exhibiting at Plant Based World Europe.

Anay Mridul
Anay is journalism graduate from City, University of London, he was a barista for three years, and never shuts up about coffee. He's passionate about coffee, plant-based milk, cooking, eating, veganism, writing about all that, profiling people, and the Oxford Comma. Originally from India, he went vegan in 2020, after attempting (and failing) Veganuary. He believes being environmentally conscious is a basic responsibility, and veganism is the best thing you can do to battle climate change. He gets lost at Whole Foods sometimes.
Previous articleVeg biryani is totally a thing if you want it to be
Next articleExclusive: Milk Future, the plant-based answer to Februdairy