Extreme E: the race that runs for the environment 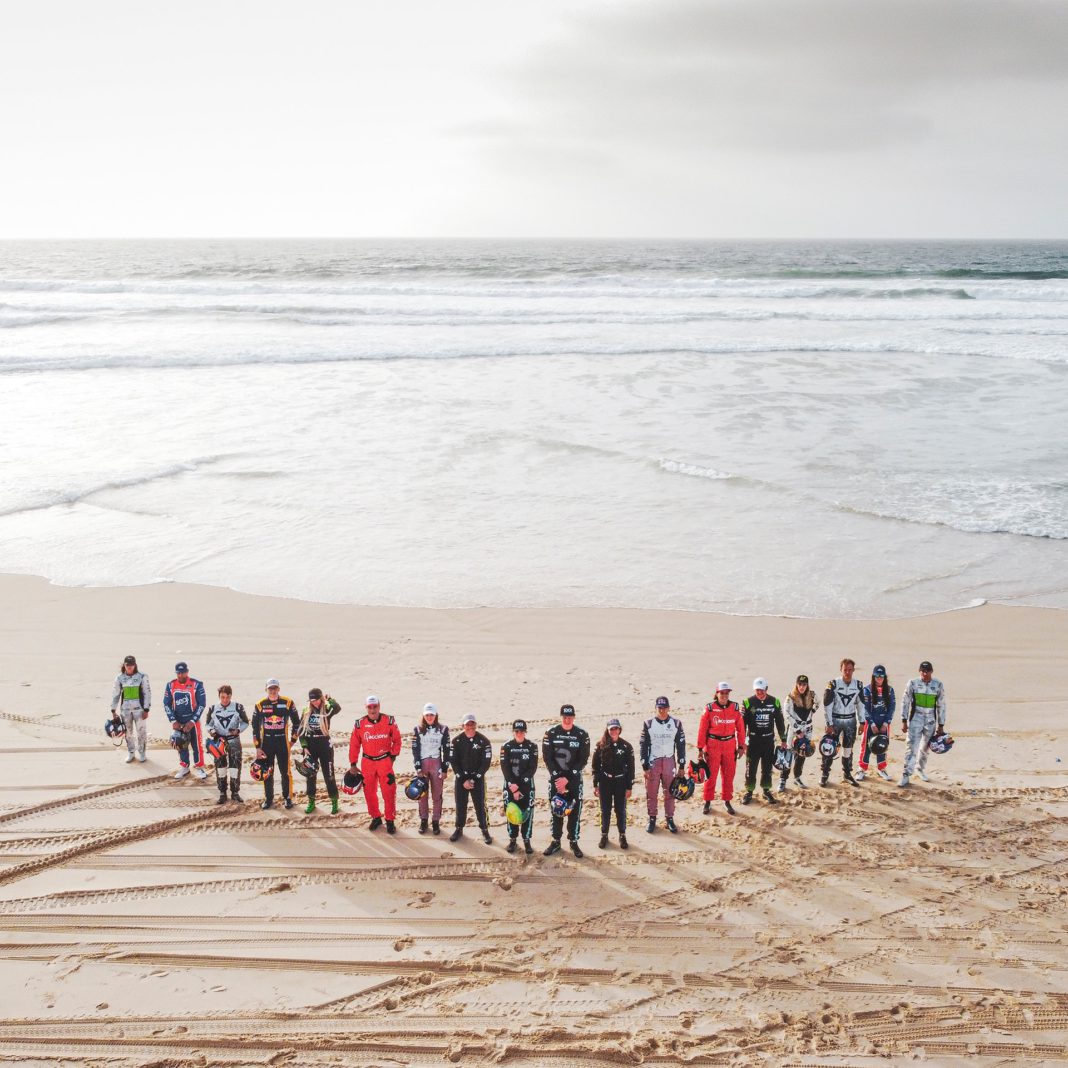 Nine teams run on electric SUVs around the corners of the world to highlight the climate crisis in eco-friendly races called Extreme E.

Key environmental places, electric vehicles, sustainability and emotion; these are the ingredients of the Extreme E race. This championship highlights the conservation of the toughest — and utterly important — ecosystems on Earth. In addition, it shows the power of the electric beast.

Alejandro Agag, founder and CEO of Extreme E, said after the first race in the desert of Saudi Arabia: “Extreme E is much, much more than just motorsport and I hope people have taken away from it that the climate crisis is a major issue we are facing right now, and that there are many small actions we can take to save the planet.”

In the championship, there are five races in the most remote places. It started in the desert in April, and last weekend, they ran on the beach of Senegal with an ocean theme. Then, after a two-month break, it will resume in Greenland. The last two races will take place in the Amazon Rainforest and the glacier of Tierra del Fuego, Argentina.

Need some entertainment to break up your day? Take it back to January when gave @KBlock43 permission to hoon the ODYSSEY 21 in the Arabian desert!

Every single ecosystem plays a role in balancing temperatures, sequestering carbon and helping wildlife thrill. Aside from the race, Extreme E has extensive work before and after the event in the locations where it takes place. They collaborate with local organisations to support and educate people to face climate change challenges that are already affecting developed countries in many cases.

The Extreme E team has been working for the last 18 months to leave a positive environmental impact after the race. In Senegal, it wants to highlight ocean levels, plastic pollution and ocean temperatures, all of which are rising. 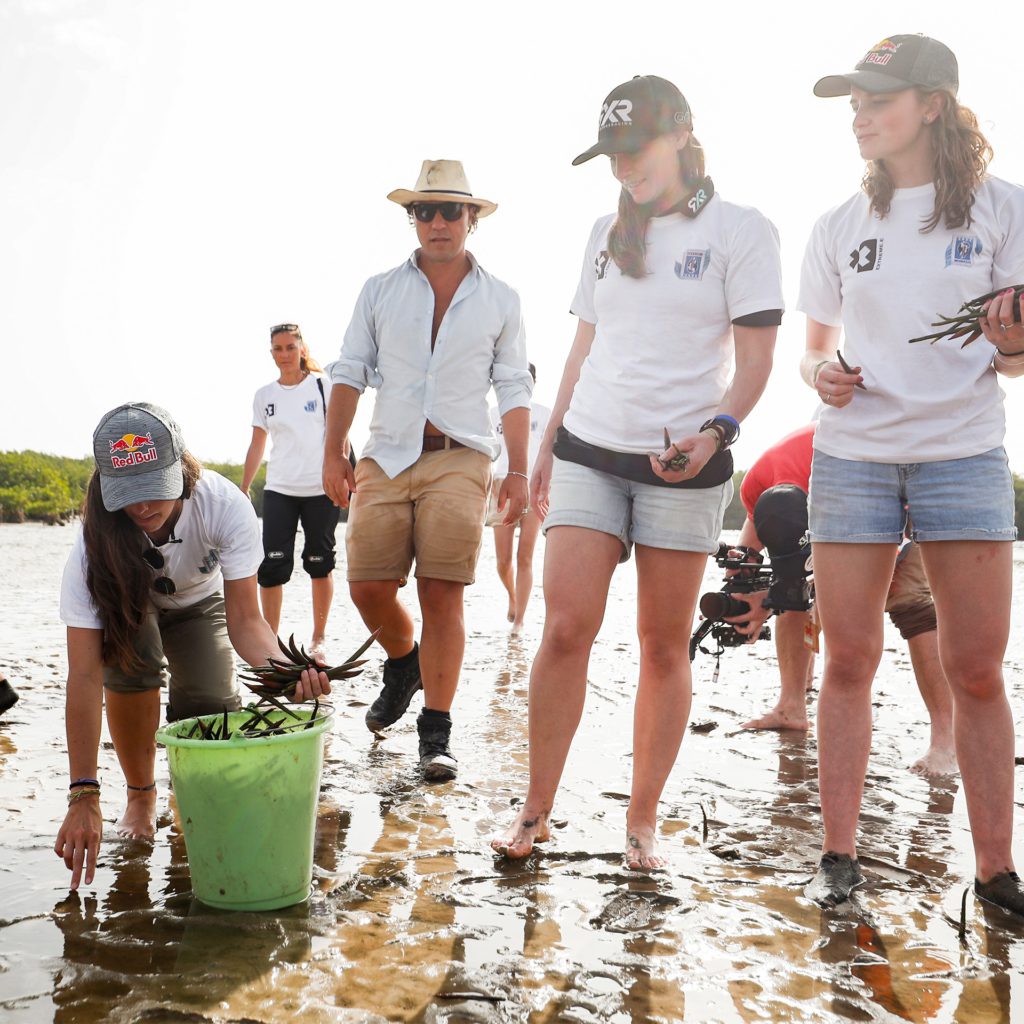 It has also launched the EcoBriques initiative to create bricks out of plastic waste, having made over 6,000 so far. Moreover, the team participated in a mangrove reforestation program alongside the NGO Oceanium.

On a global scale, mangroves sequester carbon at a rate of two to four times greater than mature tropical forests. Between 1980 and 2000, 35% of the world’s mangroves had already been lost due to droughts and deforestation. 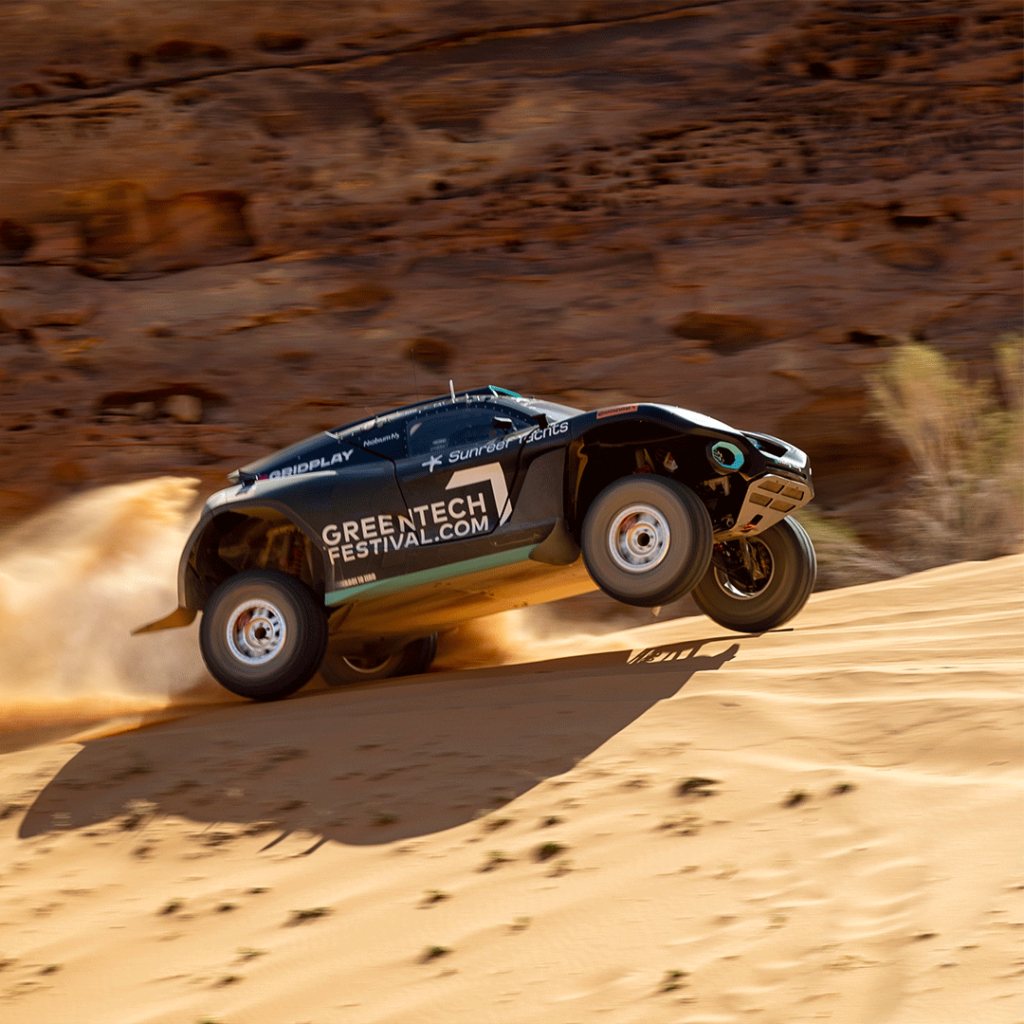 The competition is on weekends. Saturday is the qualifying day, and Sunday the final race. It follows a points system with a semi-final and final. Each phase is two laps, one driven by a woman, the other by a man. Have we said each team is gender-equal?

Extreme E race has partnered with some of the biggest brands and names in the motor world. The vegan Formula One champion Lewis Hamilton has a team called X44. Other F1 drivers Nico Rosberg and Jenson Button lead their teams RXR and JBXE respectively, while Acciona, the team by Spanish drivers Carlos Sainz and Laia Sanz, runs on renewable energy.

The beasts here are not the mythological creatures associated with the edge of the Earth; these are the fully electric SUV Odyssey 21. In those environments, they will face extreme conditions of heat or cold, uphills, sharp turns and long straights; therefore, they need resilience.

The car’s peak 400kW output is capable of firing from zero to 100 kph in 4.5 seconds. All teams have identical batteries to use in the first two stages, so drivers will need to use their best abilities.

Not every traveller is a considerate vegan, and one of the challenges of these exotic places is simply too much human presence. The race won’t have spectators apart from some locals, to reduce its impact. There aren’t many people in the middle of the Arctic anyway. And each team is limited to eight people — two drivers, one engineer and five mechanics.

It’s an exciting new concept of a race full of excitement, speed and dust. But most importantly, it tries to reverse the impact these events have wherever they take place. With a net-zero commitment, it’s inspiring to see world-class sports racing over environmental issues.

Juanele Villanueva
Juanele Villanueva is a freelance journalist passionated with Environment Affairs. He is originally from Spain and started to be interested in the Environment and sustainability when he was in his masters at the University of Salford. His goal is to share stories which change the general belief that being eco-friendly is just for wealthy people. Moreover, the vegan diet is the easiest step that everyone can do to reduce its environmental footprint. He is also interested in conservationism, recycling, renewable energies and environmental policies
Previous articleVegan Trademark to offer animal-free tests for cosmetic products
Next article32 Vegan Trademark-registered products nominated for Free From Skincare Awards