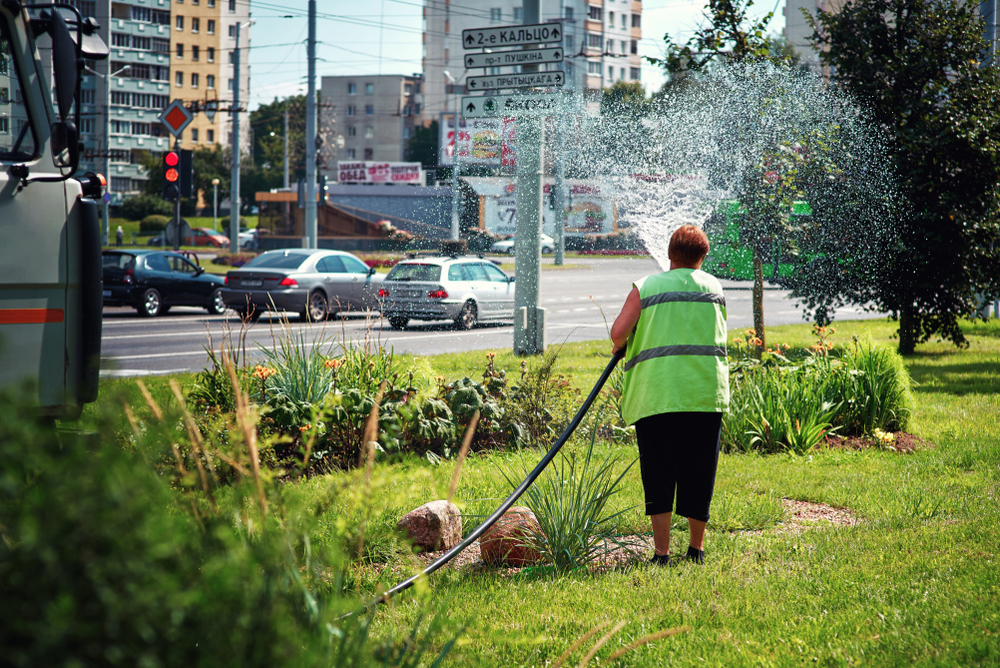 Nearly 60% of US workers could face at least a week of extreme heat that would be too dangerous to work in by 2050, if little to no action is taken.

By 2050, extreme heat could cause 57% of outdoor workers in the US to find it too hot to do their jobs without risking their health, according to a new report by the Union of Concern Scientists.

Construction workers, emergency responders and farm workers would be among the Americans experiencing at least one week of extreme heat making it too hot for them to work. This could happen if little to no action is taken to reduce emissions. At present, less than 10% of outdoor workers lose workdays to extreme temperatures. North America suffered its hottest June on record this year.

Almost 20% of outdoor workers could experience at least a month of extremely hot days by mid-century. About 32 million American workers currently have occupations involving a large part of their day being spent outside. The risk of death from heat exposure is 35 times higher for outdoor workers in the US than the general population.

Amond the people who would be hardest hit by such extreme climate conditions are construction and extraction workers, followed by occupations involving installation, maintenance and repair. Staying home on hot days could cost an average outdoor worker about $1700 per year.

Southern states like Louisiana and Florida would face the highest number of days too hot to work outside. People of colour will especially be harder hit, as people identifying as African-American, Black, Hispanic or Latino are represented disproportionately in outdoor jobs. Black and Latino Americans are also more likely to live in these southern states.

Kristina Dahl, co-author of the report, said: “If we don’t reduce our heat-trapping emissions, millions of outdoor workers are going to be increasingly exposed to dangerous levels of heat between now and the middle of the century.”

Some workplaces are moving work hours to earlier in the day to combat the heat, but Dahl pointed out that night shifts are associated with higher levels of mental and physical health issues. Additionally, not everyone can shift change their working hours.

“Emergency medical services can’t just shift to cooler hours of the day. If you’re a parent and you have children who need to get to school at 8:30 and your shift starts at 6 rather than 8 as it did before, it becomes a lot harder to get to work and get your kids to school.”

Ultimately, none of these can be the primary course of action. “Our first line of defense still needs to be reducing carbon emissions,” said Dahl.

Anay Mridul
Anay is journalism graduate from City, University of London, he was a barista for three years, and never shuts up about coffee. He's passionate about coffee, plant-based milk, cooking, eating, veganism, writing about all that, profiling people, and the Oxford Comma. Originally from India, he went vegan in 2020, after attempting (and failing) Veganuary. He believes being environmentally conscious is a basic responsibility, and veganism is the best thing you can do to battle climate change. He gets lost at Whole Foods sometimes.
Previous articleHow has social media influenced veganism?
Next articleIndia’s biomedical waste increased by 17% last year due to Covid-19