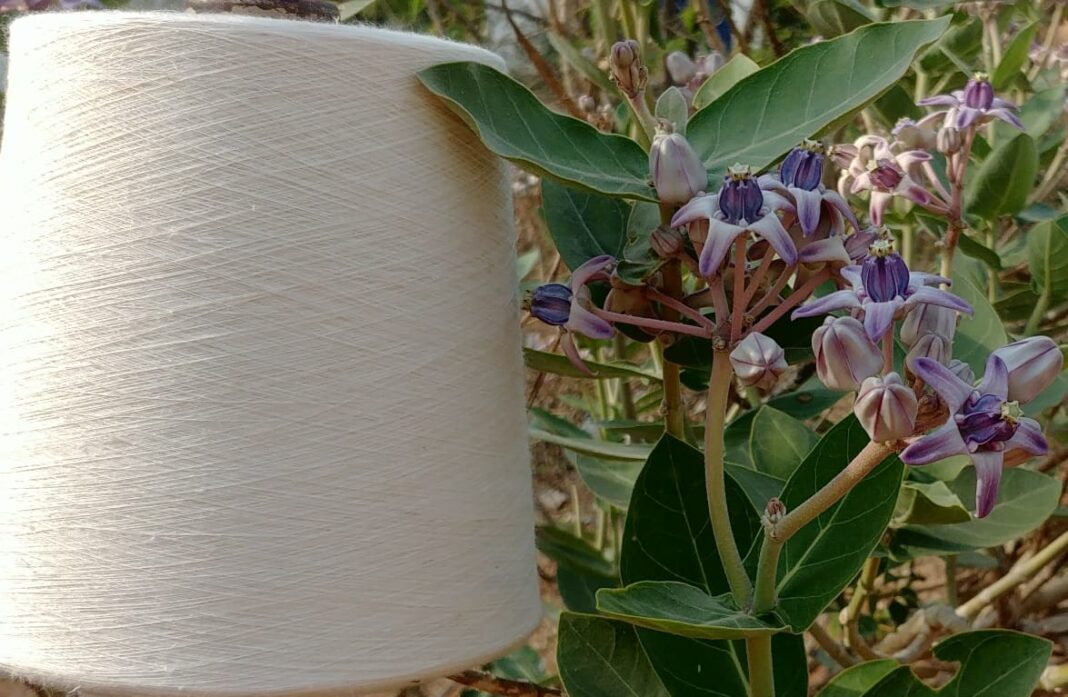 Indian startup FABORG has created Weganool: vegan cashmere wool made from Calotropis, with a zero-waste model for the plant.

In the quest to find sustainable and eco-friendly alternatives to reduce carbon footprints, it is no surprise that there’s a higher demand for products that help the planet, serve the purpose and deliver quality.

FABORG, an Indian social enterprise, has introduced a zero-waste model, with the goal of leaving a positive social and environmental impact, while helping the earth and local communities. 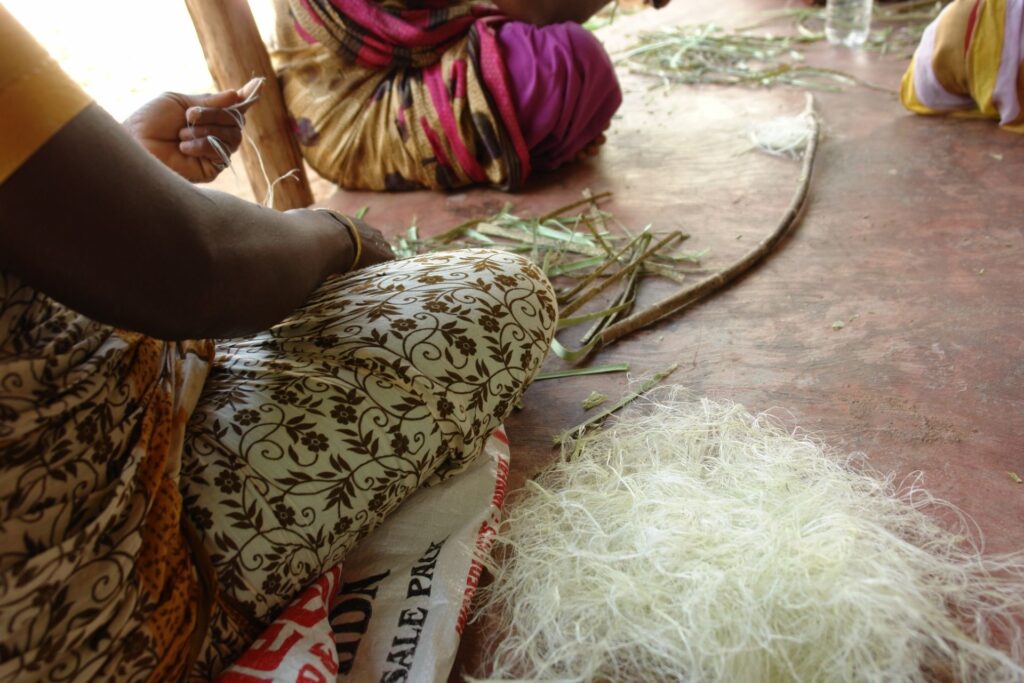 Intrigued by hummingbirds that used Calotropis fibres in their nests, Gowri Shankar, founder of FABORG, led a three-year-long research project to develop chemical-free organic products from the same plant. Native to South Asia and North Africa, this wild milkweed has unmatched potential, and it may possibly be the most sustainable vegan fabric.

“One exciting thing about this plant is that it does not need water to grow,” Shankar says. “This characteristic of the plant excited me more because there is so much dry land, which is not cultivated in our country. For example, in Villupuram district, almost 60% of the land is not cultivated because there is no water and it is very difficult to create life where water is available.”

Calotropis is a pioneer plant that does not need seasonal replanting and gives a bi-annual yield. “These plants have a toxicity, yet at the same time, they neutralise and cure the land. We think of all perennial plants as weeds because they are invasive to systematic agriculture. But these weeds come in barren land to nurture the land.” In an interview with The Better India, he mentioned how Calotropis “enriched the soil in which it grew and helped plants growing near it flourish”.

What makes the plant even more appealing is its natural ability to work as a fence. This would save farmers the cost of putting up an artificial fence as well as promote multi-cropping with Calotropis. Shankar explains: “We want to use the natural ability of the plant to make sure farmers’ earnings will increase yearly and they develop additional income from other trees.”

Usually, when unmonitored, as trees near Calotropis become tall, their shadows make the shrubs disappear, leading to crops being prone to grazing and the lack of Calotropis yield. Shankar says this can be managed with planning. FABORG wishes to create different cropping patterns for various soils by rotating low maintenance crops with Calotropis throughout the year, providing job security to the farmers. “We want to increase the farmers’ earning three to four times, and so drylands would be valued like wetlands.”

The sustainable vegan wool concept gained worldwide attention in 2018 after fashion designer Stella McCartney asked students to create vegan wool. However, there has been a long-held demand for vegan fabrics. Once Shankar realised Calotropis’ potential, he filed a patent on the innovation in 2017 and the unit in Tamil Nadu got to work. 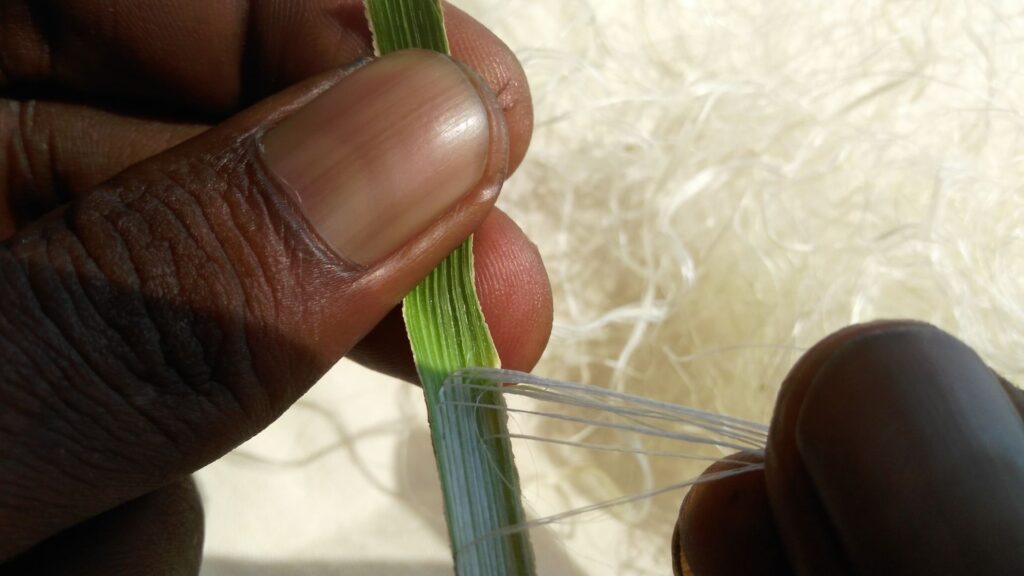 Weganool is the first vegan wool made using Calotropis fibre. Shankar points out that ‘nool’ in Tamil means yarn. It is made using 30% Calotropis wool and 70% organic cotton, which gives it a soft, glossy finish and is often compared to cashmere. This is because Calotropis fibres are hollow, just like cashmere and alpaca fibres, except instead of protein, it is built of cellulose.

Explaining fabric similarities, Shankar says: “The average microns for cashmere should be 14 to 15 microns, and the best alpaca wool is around 19. The best of Weganool is 10 microns in average, and can go up to 19 microns.”

This breathable, easy-to-handle fabric has the added advantage of being a cellulose fibre — it doesn’t shrink like animal wool and works well for trans-seasonal clothing. “Hollow fibres have a very special unique quality. It can breathe and at the same time it will keep you warm enough,” Shankar notes. “If you are sweating, the cellulose absorbs it very fast and dries out creating an insulated structure around you with very small air pockets. But this works up till 25°C and above that it would be uncomfortable to wear Weganool.”

In January 2020, the fabric was presented in London at the Future Fabric Expo, after which many European designers showed interest. Recently, Infantium Victoria partnered with FABORG and released a kids clothing range.

With the aim to develop textile from the plant-based fibre, Shankar came along ways to utilise the entire plant using the residue from Weganool manufacturing to create Arka, a bio-insect repellant as well as an organic fertiliser.

Arka promises to improve soil texture by simulating the growth of microorganisms and it provides micronutrients like calcium, sulphur, iron and magnesium. Further, Arka also works well as a mosquito repellent due to its alkaloidal properties. 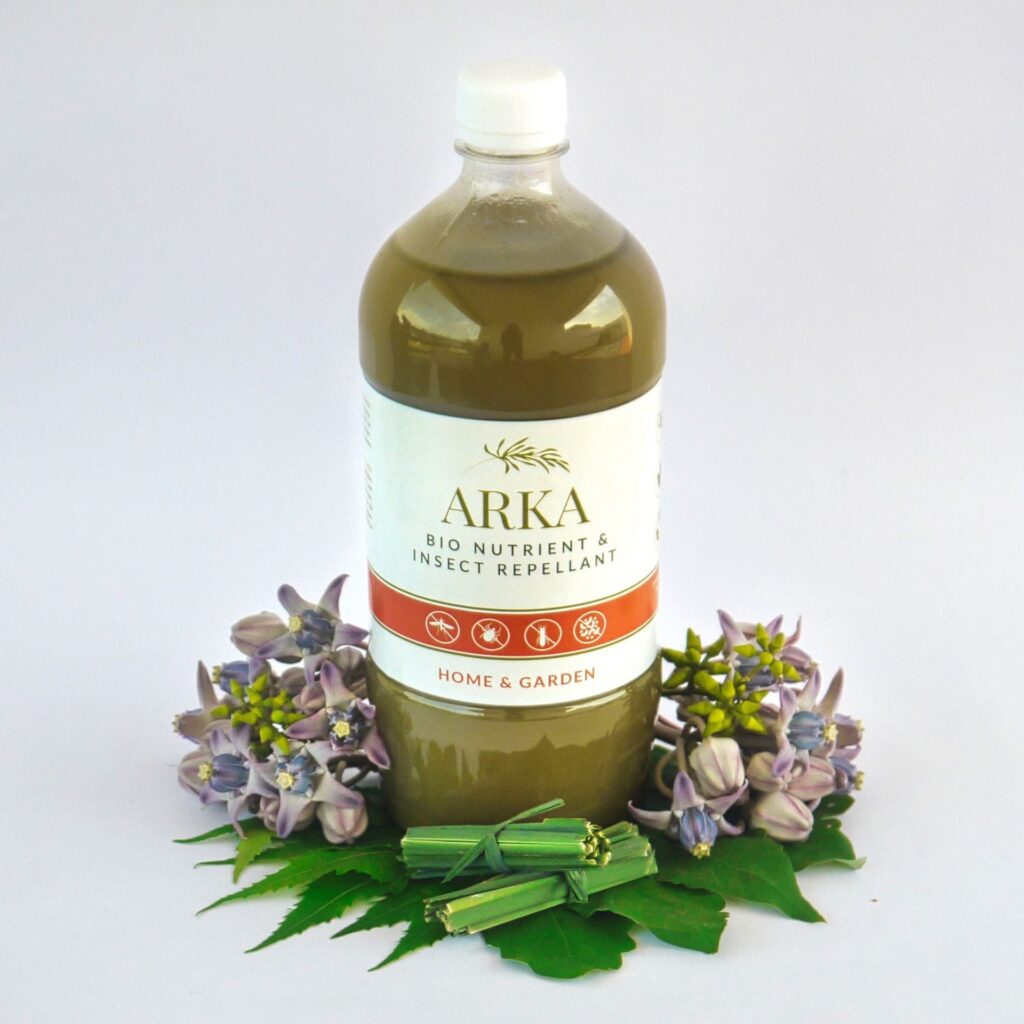 Currently targeting the Indian farmer market, Shankar says: “Arka is five to six times cheaper than any chemical pesticide available in the market. We are trying to keep the price of Arka below the production cost only for farmers, so that even if they try to produce it themselves, they won’t be able to do it at this price. This is to change the mindset of people to switch from chemical pesticides to natural and organic alternatives.”

FABORG’s zero-waste solution aims to revive unused terrains, create rural employment in dry areas and provide a major boost towards economically viable organic farming all over India. For the first year, it looks forward to producing 6,000 litres of Arka and 50kg to 80kg of Weganool per month, increasing this to 15,000 litres and 110kg by the second year, and simultaneously providing employment to 20 to 25 people per unit. Its goals include replacing chemical farming with organic, employing 2,500 farmers every month.

Shankar tells me about the constant research and innovations at FABORG and shares his future plans: “We want to do a 25-acre land test — grow crops using multi-cropping on completely dry land to collect valid data. The idea is to help farmers.”

Muskaan Gupta
Muskaan is a history undergraduate at Lady Shri Ram College, New Delhi. Having grown up in different cities in India, she is passionate about food and culture. When she's not experimenting in the kitchen, you can find her invested in films and music. She is always looking for new things to do, is interested in studying food history and juggles between her love for filmmaking, writing and knowing the quirks of the world.
Previous articleA ditty for the earth: Indian artist Aditi Veena on the intersection of music and ecology
Next articleBeets and Bobs: The vegan sisters who eat, experiment and inspire