Facing discrimination as a vegan: Parents and children share their stories 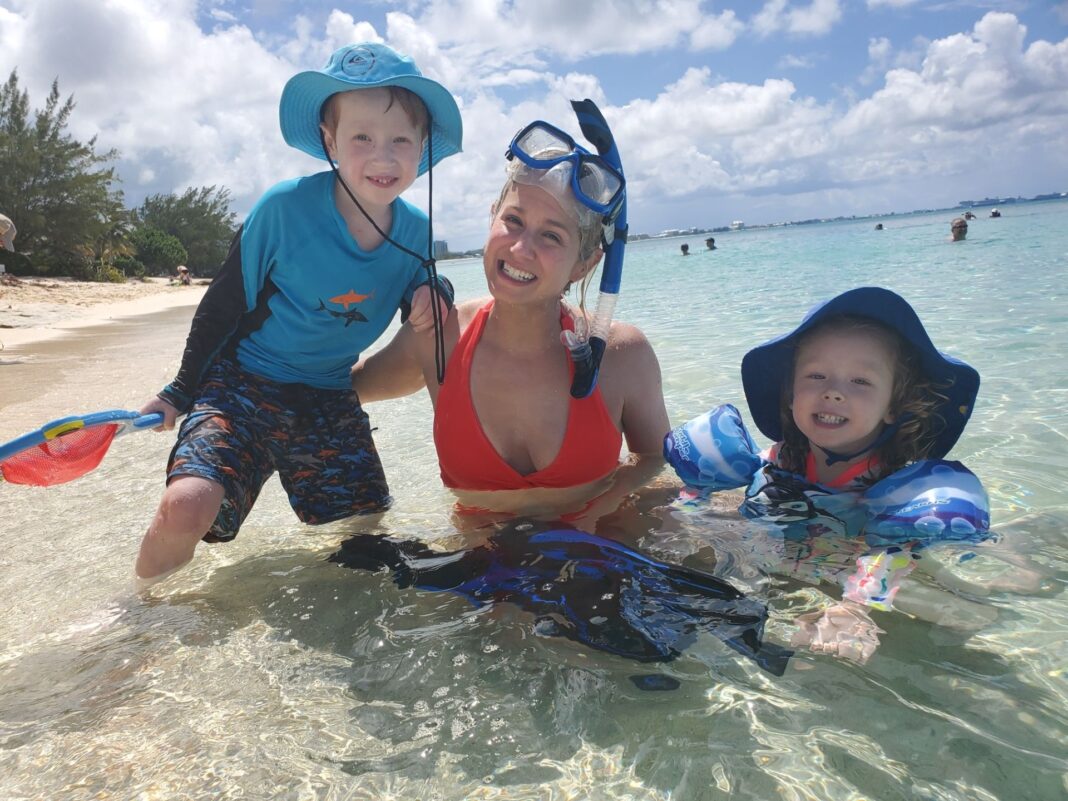 Vegan hate crimes have surged in the past five years. Parents and children share their stories and how they deal with anti-vegan discrimination.

Since 2015, the UK has recorded over 172 hate crimes targeting vegans. Some cases, like any type of bullying, have resulted in suicide. In January 2020, ethical vegan Jordi Casamitjana won a landmark case stating that ethical veganism was a philosophical belief, and could therefore be protected under the Equality Act 2010. In a fair world, this would mean vegans now get the same rights as anyone else, but reports show otherwise.

“Don’t let anyone else make you feel bad for making the right decision,” says Daniella Dunn, vegan mother and member of the UK Vegan Family. Her family, including their two-year-old son Jack, were recent victims of anti-vegan cyberbullying.

“Never be ashamed of your beliefs, you are on the right side of history,” says Zak Mullen, a 13-year-old vegan activist who was physically and verbally bullied for months at his school in Norwich. While Mullen is now being home-schooled, he hopes veganism will be the norm one day, and no one will have to endure what he had to.

In the US, home to over 9.6 million vegans, discrimination still happens every day too. When renowned American plant-based figure Carey Kidd was growing up, it was even more difficult. But he argues: “You don’t have to explain yourself to anyone about why you do something. What is important is that you find your why and you stick with it.”

Laura Delhauer, an environmental rights advocate and plant-based culinary artist based in New York, has never experienced discrimination but emphasises that the best way to face it is to remember how “cool” it is: “Being aware of what’s going on in the world and taking responsibility for our personal impact on it has never been more important or cool. Own it.”

Delhauer recently published a family vegan cookbook and her co-author Marisa Miller Wolfson, who also produced vegan documentary Vegucated, associates vegans with other past minority groups, reminding people that it’s important to focus on their vegan heroes. “One day, people will look back and thank the pioneers for their courage to stand up for what was right.”

Drawing the line between beliefs and lifestyle

Mullen was not only bullied by his classmates, but by his teachers too. Sometimes, he was removed from class for opposing meat-based diets in science lessons. The 13-year-old says schools might benefit from training staff with how to deal with children following different diets, the same way they are trained to deal with different religions.

Mike Hill, founder of frozen vegan pizza company One Planet Pizza, has been vegan for over 35 years and says he has never experienced this level of discrimination. Although every corporate event he has attended has been catered with insufficient vegan options — like melons for a starter — the entrepreneur believes there is an important distinction between veganism, which is a choice, and skin colour, which we are born with. 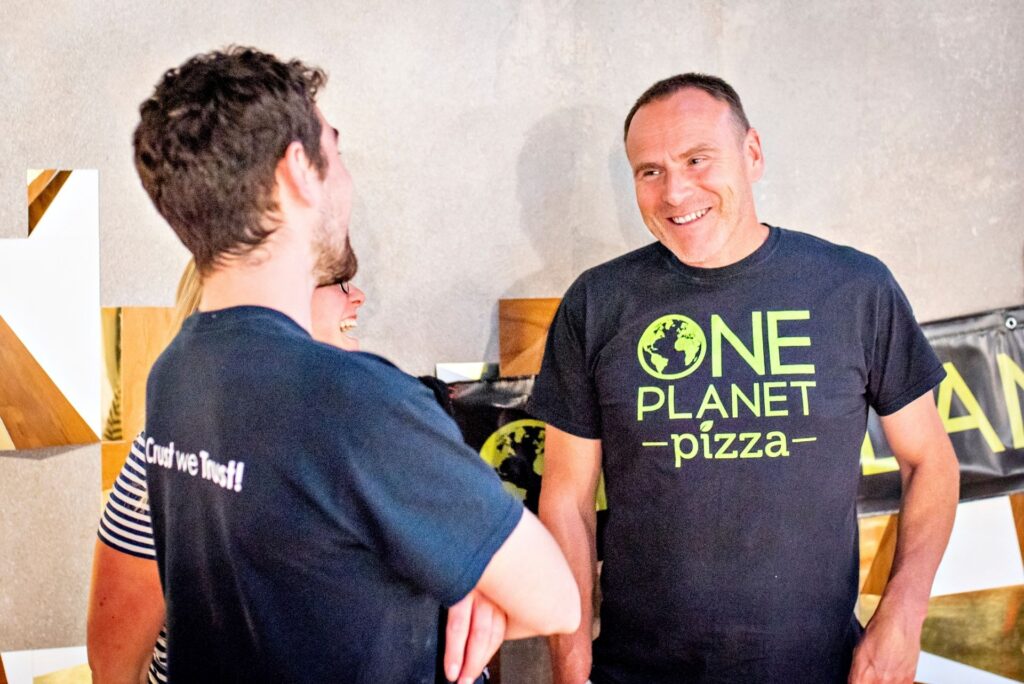 He says our focus should lie with promoting and educating about the positives of a vegan lifestyle, not dwelling on the hardships that come with it. “At the end of the day, we choose to follow a vegan diet and philosophy, and I think we must accept that sometimes it will give us challenges, but you can’t choose your skin colour,” explains Hill.

Kidd, who was raised in the Southern United States, “where people thrive off of meat and potatoes”, says many people just didn’t understand him, questioning why he brought his own food or boycotted fast food restaurants. But as a natural introvert, the teasing never rattled him. “In the end, most people thought it was cool.”

Kidd believes today’s discrimination all stems from a lack of knowledge. “When you’ve been raised a certain way since birth, it is completely head-turning to understand someone else’s perspective,” he explains.

Sofia Lena, a vegan mother and YouTuber, was another recent victim of vegan cyberbullying. Using pictures of her son to ‘uncover’ the dark side to the plant-based lifestyle, her family was attacked on many platforms, including Facebook and YouTube. While she quickly reported these and complained, nobody responded. Lena eventually sent a compassionate message about the way everyone has different ways to care for their children, but this unfortunately backfired. “It was used against me, they put my picture up on their page. It was a losing battle and I broke down and cried. Hard.”

Dunn found her cyberbullying experiences surprisingly beneficial. After speaking out about the issue, not only did she feel further ingrained in the plant-based community, but she now sees anti-veganism in a different light. While placing it on the same level as racial discrimination, she feels the only reason non-vegans attack vegans is as an act of self-defence.

Wolfson and Delhauer, on the other hand, feel racial and vegan discrimination cannot be directly compared. “Veganism is a fairly new phenomenon historically, so I can’t imagine it’s quite as loaded as racial or even religious discrimination,” Wolfson says. Her Vegucated co-author acknowledges the numerous Brazilian activists going up against the beef industry — “some targeted, threatened and even killed” — but she adds that these still don’t fit in the same category as religious genocides.

What to do online and in-person

Vegan bullying comes in many different forms. With the rise in technology, there has been an exponential rise in vegan cyberbullying. So it’s important vegans know how to deal with both types of discrimination.

Mullen, Kidd, Hill and Delhauer all agree that when it comes to online comments and trolls, the best thing to do is block their accounts. “But if I see someone else being bullied, I am likely to step in,” adds Delhauer. She highlights that reporting their platforms, like Dunn and Lena did, can often help too. While a lot of accounts get reported daily, the more users flag a toxic voice on social media, the more likely the account will get shut down.

When we are attacked in person, reactions are usually more instinctive and, unlike cyberbullying, it can feel more personal. Mullen and Dunn say verbal abuse should always be responded with calmly, and if it gets physical — calling the police is the most urgent protocol. 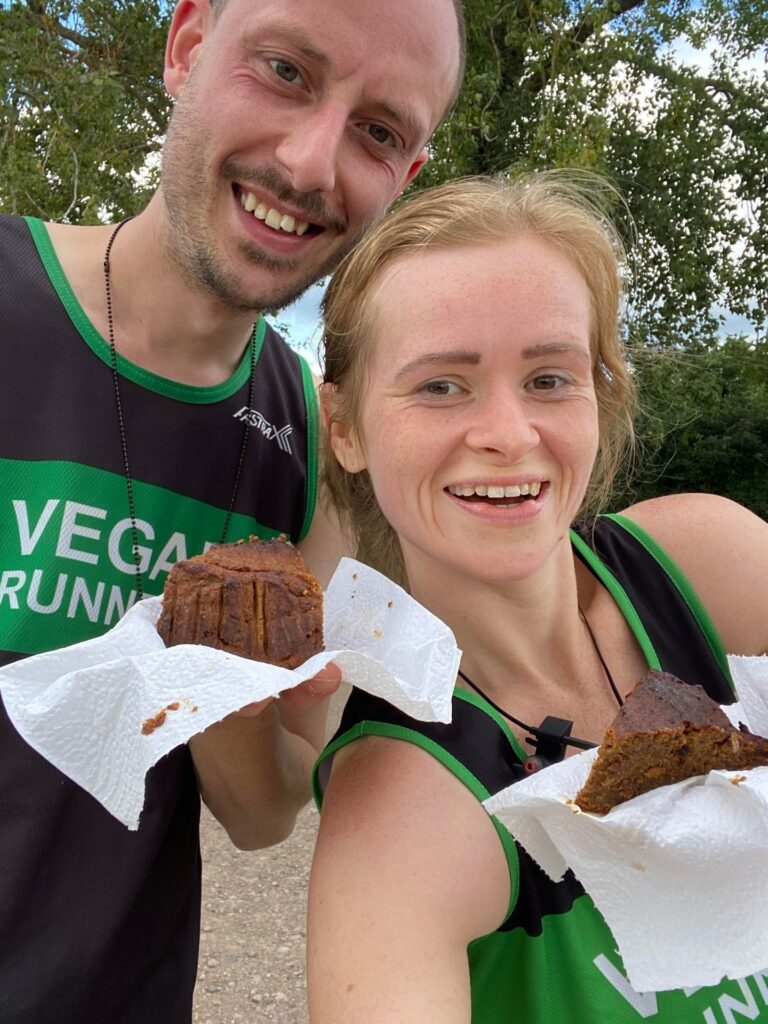 Lena and Hill also agree that calmness is fundamental to resolving conflict. “I think it’s important that as vegans, we are the best possible models we can be, of compassionate and calm human beings,” says Hill. Though she’s never personally been attacked — and would usually opt for the peaceful route — Delhauer highly recommends learning Jiu Jitsu as a personal defence. Based on leverage and de-escalation, not striking, the vegan chef adds that it is an excellent confidence builder too.

While these methods should only be used in the most extreme of cases, it is important as a society that — like every other type of minority — we strive to make vegans feel comfortable and confident in their everyday lives.

Wolfson, who has been a vegan activist since 2003, has encountered vast amounts of online hate comments and trolls, especially after her documentary Vegucated went viral. But she often uses this behaviour to her advantage.

Recently, she created a Scottish persona named Mary MacVegan. She filmed this persona reacting to some Twitter user who had challenged her on the raising of vegan babies. The video received a lot of positive feedback from both vegans and non-vegans alike, so Wolfson made more and eventually turned it into a series.

Not everyone can take the humour route, though, and Mullen, Hill and Kidd all believe it comes down to education. “All we can do is keep showcasing that we are all in this together, and it’s our job to show how a vegan lifestyle is normal, and can be easy to be part of,” says Kidd.

Hill adds that the key area to address is health: “We need to finally and completely put to bed the idea that a vegan diet can be any riskier to health than an omnivore diet, and point to the research, which shows the exact opposite.”

With veganism constantly on the rise, a community that anyone undergoing discrimination can turn to is forming too. “There is strength in numbers, and people will take your concerns more seriously if you can prove that multiple people are affected by the issue,” says Wolfson. Holding special events with speakers will additionally help people understand it better from the outside.

Dunn reiterates the importance of the Equality Act 2010, which should always be treated as a basic human right when it comes to protecting vegans from severe hate crimes. But not everyone will immediately understand the extent of vegan discrimination, so it’s down to us to bring the issue to light, and present it in a neutral way. “Remember that everyone has a story and they choose to play it out in different ways,” says Lena. “Mine is love.”

Olivia Rafferty
Olivia is the Assistant Editor of The Vegan Review. An aspiring Middle Eastern correspondent currently studying journalism at City, University of London, she is passionate about the planet, she believes veganism is the first step to solving the complexities of climate change.
Previous articleThe cell-based debate: the future of agriculture or a food experiment gone too far?
Next articleTrump and Biden clash over climate change in the first US presidential debate for 2020