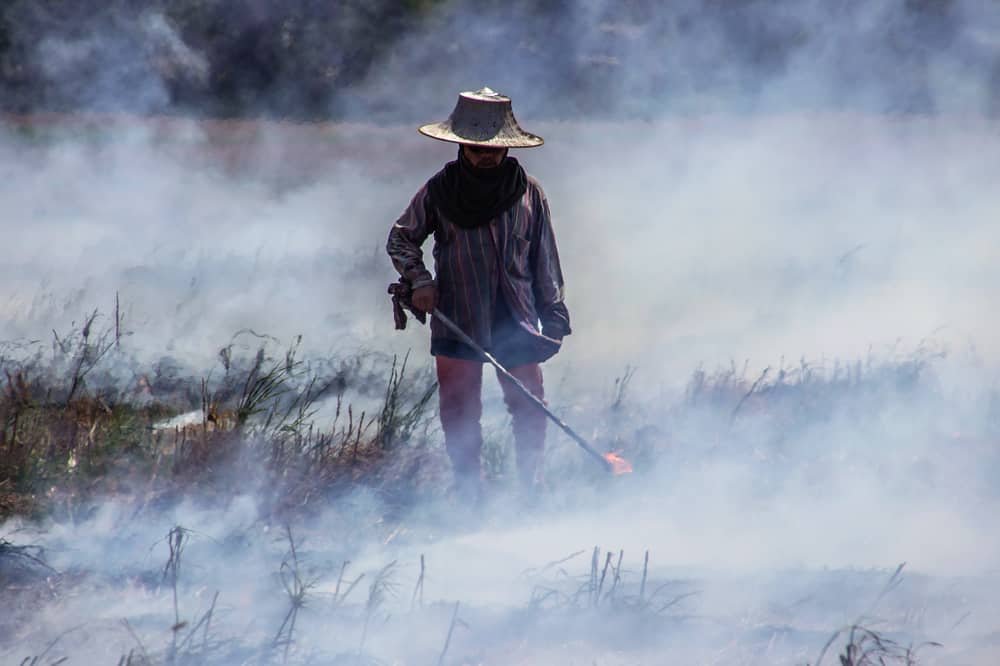 The organisation calls for the British government to “stop dumping our waste” on poorer countries, which leads to half of the UK’s consumption emissions.

The Fairtrade Foundation is asking the UK government to work harder to clean up food supply chains and deal with the carbon emissions “hidden” in imported food.

To mark Fairtrade Fortnight 2021, which runs from February 22 to March 7, the organisation has published a report arguing that the government’s and businesses’ current efforts aren’t enough to protect small-scale farmers in low-income countries, who are at the forefront of the climate crisis.

Titled ‘A climate of crisis: farmers, our food and the fight for justice’, the Fairtrade report states that global warming could seriously impede the UK’s food supplies in the coming decades as well as cause irreparable damage to overseas agri-communities. The UK government is being called out to “take stronger, faster action” in order to lower agricultural supply chain emissions and support farmers.

The Fairtrade Foundation argues that Britain has a “hidden” carbon footprint, from the greenhouse gas emissions generated in poorer, climate-vulnerable countries to grow food to meet the country’s demand. Nearly half (46%) of the UK’s emissions linked to consumption are produced overseas.

The report suggests that if the hidden carbon footprint was a country, it would rank higher over 170 nations in the global list of the biggest carbon emitters. It’s also several times higher than that of many low-income countries supplying the UK’s food. But the UK’s climate targets only address its domestic footprint, and the Fairtrade Foundation wants the government to “stop dumping our emissions” on poorer countries and take responsibility by including offshore emissions in its net-zero targets.

As recommended by the Climate Change Committee, the organisation urges the government to include international aviation in shipping in its carbon budget. The last decade was officially the warmest recorded, and if those rates continue, by 2050, half of the current available land for coffee farming may not be suitable, banana yields will reduce drastically in 10 countries, and many of the world’s cocoa-producing regions would be too hot to grow it.

Fairtrade Foundation CEO Mike Gidney said that the invisible emissions are the UK’s responsibility. “They take a heavy toll on the farmers who keep our shelves stocked and fridges full, and who are disproportionately affected by climate change.”

He added: “We must stop outsourcing the burden of responsibility for tackling UK-driven emissions to other countries, including much poorer ones who have done the least to cause climate change.”

Gidney noted that poorer countries don’t have the resources to withstand climate impacts. “It’s a scandal that millions of farmers still earn too little for their food crops. We can’t expect them to tackle the climate emergency if we won’t ensure they earn a decent income: that’s why Fairtrade continues fighting for living incomes.

“Without fair prices and fairer trading practices, chronically underpaid farmers will continue to struggle to pay for essentials like food and healthcare, let alone protect their crops from climate damage. They need comprehensive financial support: it should not fall to them to deal with a crisis not of their making.”

Read our explainer on the meaning behind food labels like Fairtrade.

Anay Mridul
Anay is journalism graduate from City, University of London, he was a barista for three years, and never shuts up about coffee. He's passionate about coffee, plant-based milk, cooking, eating, veganism, writing about all that, profiling people, and the Oxford Comma. Originally from India, he went vegan in 2020, after attempting (and failing) Veganuary. He believes being environmentally conscious is a basic responsibility, and veganism is the best thing you can do to battle climate change. He gets lost at Whole Foods sometimes.
Previous articleA meatless misconception: why tofu is more than just the West’s meat substitute
Next articleTom Vilsack: secretary of agriculture or agribusinesses?