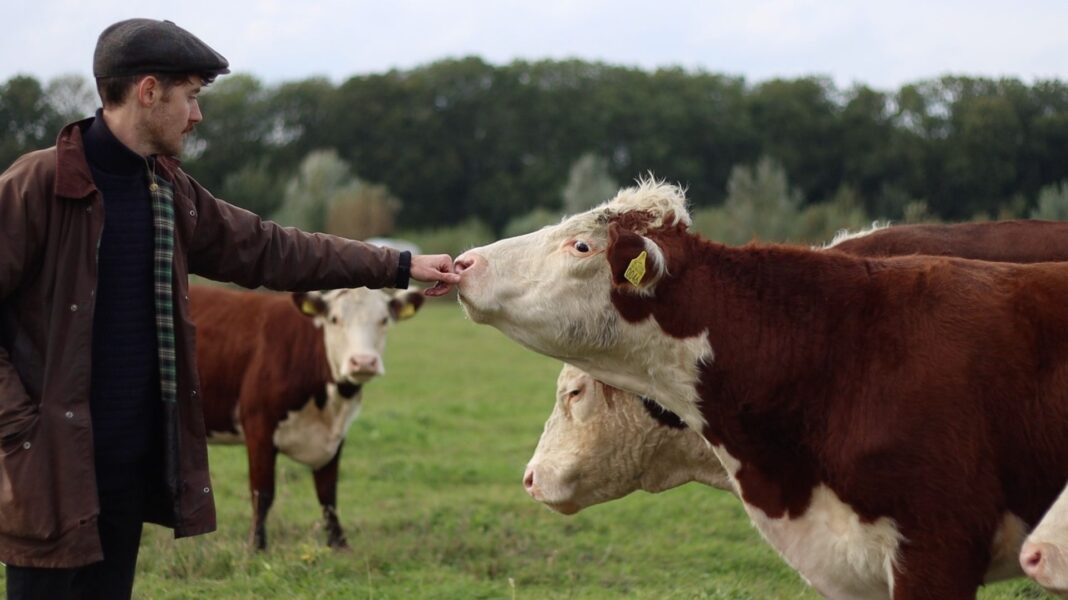 Farming has been around since civilisation began. But with a planet in crisis, animals facing extinction, and a global human population to feed: it’s time we have a farm transition.

“It starts with my grandparents,” says Brad Vanstone, founder of plant-based cheese company Willicroft. Grandson to a British dairy farmer, Vanstone recounts how it was his experiences on the Willicroft farm that inspired him and established his love for the planet.

Grandfather Vanstone, whose farm is still in Devon, installed most of the entrepreneur’s passion for farming in him, and cultivated all his early environmental beliefs and understandings. His grandparents always ensured a good level of care and love was put into the farm, and placed great value on its biodiversity. “Granddad would bang on about keeping the hedgerows thick, so animals who lived in them had a home,” he adds.

Vanstone’s grandfather passed away recently, but he emphasises how lucky he was to have shared a third of his life with him. In This is Not Cheese, a documentary shot earlier this year, the farmer shared his thoughts on the dairy farm industry. While he saw a place for it in the future, he also saw many of its limitations.

“He was fully aware the world couldn’t sustain itself on the current diets we eat,” Vanstone says. “He knew the world needed to change, which is huge at the age of 90.”

But pointing the finger at animal agriculture conglomerates will get us nowhere. How do we maintain our love for farming, while feeding the planet sustainably? Vanstone says we need to work with farmers.

Global nonprofit Mercy for Animals launched the US-centric Transfarmation Project earlier this year in hopes of getting farmers on the same side as plant-based consumers. “We will achieve more progress towards our mission of ending the exploitation of animals for food and constructing a better food system,” says Leah Garcés, president of Mercy for Animals.

She recounts her experience with Mike Weaver, who was “fed up with the industry” and shared her common mission to show the world how exploitative it is for both farmers and animals. After Weaver converted his chicken farm into a hemp farm, Garcés realised other farmers wouldn’t need much motivation either. 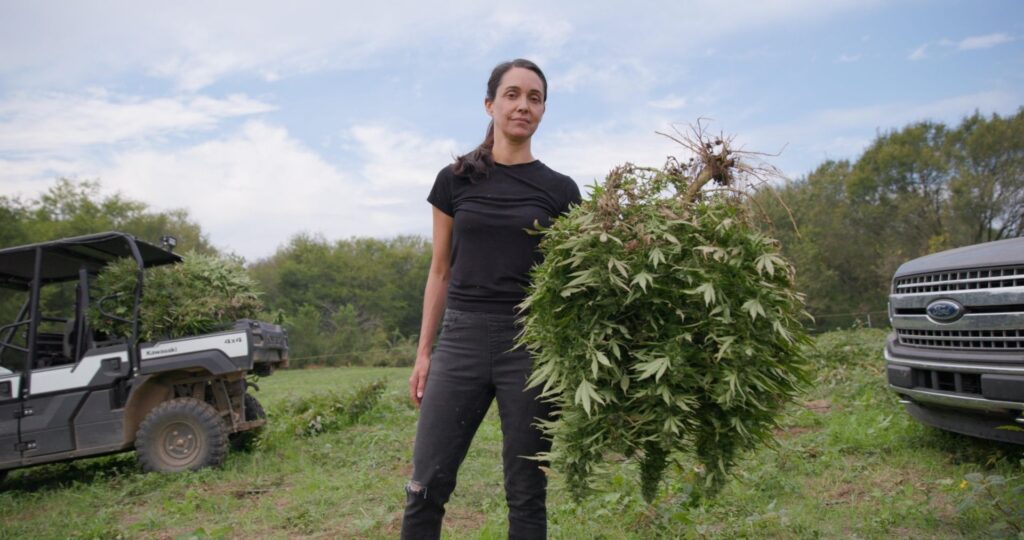 Apart from Transfarmation, farmers Mike Lannigan and Edith Barbash now operate a vegetable farm and animal sanctuary, while Jerry and Steve Carroll run one of the biggest mushroom farms in North Carolina. Many agricultural workers think this is their only path in life. But Transfarmation shows that a different reality is possible.

So far, every farmer Transfarmation has helped reached out to Mercy for Animals, not vice versa. “These farmers are sick and tired of being under the thumb of Big Ag,” says Garcés. In sharing success stories, the project hopes to inspire more farmers across the US to join this movement.

Garcés says: “Farmers can, and should, be our allies in creating a more just and compassionate food system.”

Willicroft is also jumping onboard the farm transition wagon. The company plans to pilot the project in the Netherlands in 2021, with a white bean farmer in the east. Placing farmers at the heart of the company, Vanstone believes the only way to execute a smooth transformation is by creating a clear trajectory, with signs of stable income.

“From my experience, farmers are quite pragmatic people, they think of things in a very long-term way,” he explains. “When they make a decision, they’re making a decision for the next couple of decades.”

The plant-based cheese company’s pilot is using the only bean cooperative in the Netherlands. Vanstone highlights that the owner knows everything about potential yields and planting on Dutch soil. Expertise should bring farmers looking to change some additional comfort.

Swiss 50by40 launched Just Transition this year: a project also on a mission to generate a smooth agricultural transformation. 50by40’s Executive Assistant Ieva Galkyte says the project also ensures farmers rights are at the centre. “They are a key stakeholder and should be a part of every step of the decision-making process,” she says.

She adds that it is them who will suffer the most if we do not make some changes soon.

Farmers could pay the price

Galkyté says the coronavirus is the planet’s biggest sign of the trouble within our food system. “Intensive animal farming is one of the top anthropogenic drivers of zoonotic disease.”

But before animal rights abuse, we have to solve farmer rights abuse. Garcés says the problem mainly lies in the “endless cycle of debt” contracts put farmers in. She explains that the biggest obstacle we have yet to overcome is the control that meat corporations have on our farming system. “Factory farming is a lose-lose-lose; it harms so many and benefits no one,” she adds.

14.5% of global anthropogenic greenhouse gas emissions are a consequence of raising animals for food. Meanwhile, four companies in the US control about 80% of beef production in the US, while four others own 60% of the US poultry market.

“Every time we help a farmer transition from an exploitative corporate contract to running their own successful farm, we combat this control,” says Garcés. Transfarmation is currently focused on farmers in the Southern and Southeastern states of the US — where contract chicken and hog farming is particularly concentrated. The majority of these operate large Concentrated Animal Feeding Operations, which entail raising over 125,000 chickens in a single flock.

But Transfarmation can’t send these animals to a sanctuary, it just isn’t feasible. The project chooses to prevent further flocks from even arriving at the chicken house in the first place. In just transitioning one farmer, Mercy for Animals is saving the lives of millions of birds. 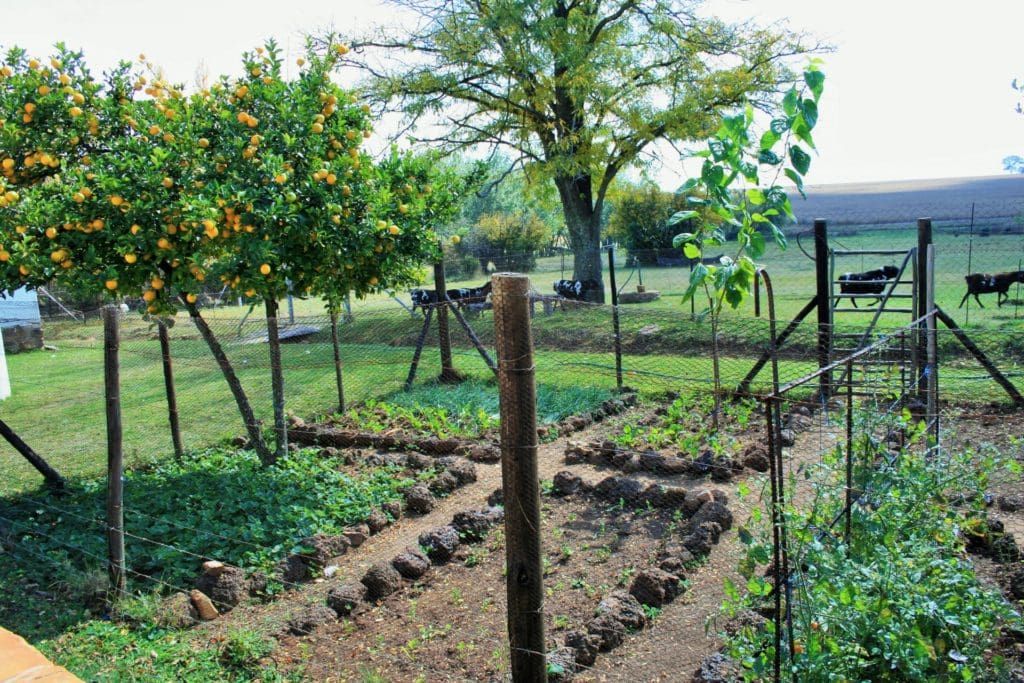 This year’s pandemic has shown the fragility of our food system. Because of this, Galkyté believes changes in the industry are even more necessary — and more possible. Just Transition was set up in response to the UN’s Food Systems Dialogues, which highlighted the need for a change in livestock production.

Galkyté quotes UN International Resource Panel co-chair Jane Potočnik: “Unless policymakers face up to this now, livestock farmers will pay the price of their inactivity. Protecting the status quo is providing a disservice to the sector.” The project vows to ensure an equitable transition for all actors in the food system, as any other path could lead to stranded production assets. Farmers would be one of those.

Garcés says the growing demand for plant-based and cultivated meat still leaves farm transition with a “ray of hope”. She hopes the future is somewhere farmers receive the income and respect they deserve for their hard work — and animals are free from the harms of factory farming. 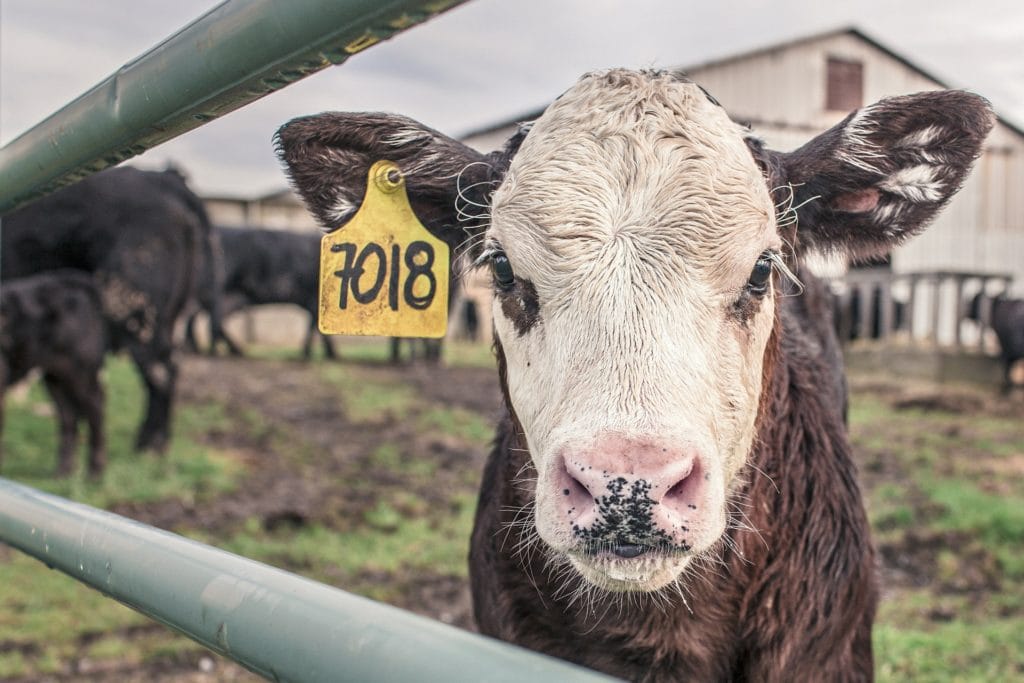 Willicroft’s project is also key in connecting the dots for farmers who see no way out. Vanstone says there is a huge demand for the majority of beans and pulses in Europe, growing in conjunction with people wanting to eat more healthily and sustainably. However, most of the products are being imported from China or Canada, so their biggest aim is to start localising that trade.

A happy farmer, a happy world

Mercy for Animals hopes to hit key regions where animal factories are particularly bad, like Brazil, India, and various parts of Asia. Garcés says this is because funding relatively neglects animal rights movements there. By starting in the US, they hope to tell the stories of farmers they meet — and create a ripple of change across the country and globe. 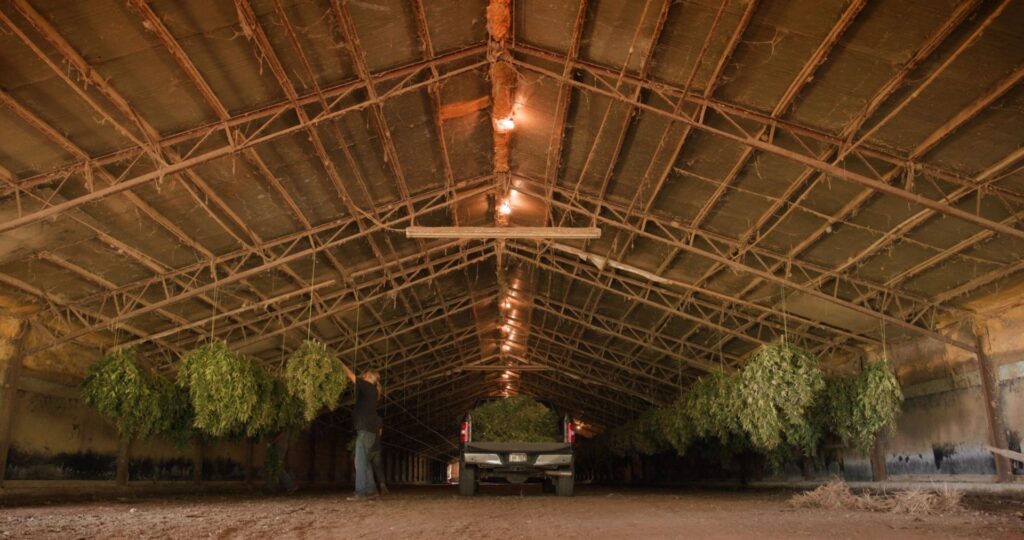 Just Transition doesn’t have an expiry date per se, but they hope to keep changing farmers’ lives for the better — through a longer, overarching strategy. A study carried out this summer found that plant-based diets could cause substantial growth in jobs in South America. “There is enormous unexplored potential to boost national economies, create positive socio-economic value, revitalise rural economies and increase overall resilience to major disruptions like climate change or pandemics,” says Galkyté.

In a few weeks, the project will be holding a panel discussion questioning: Is industrialised livestock the new coal? Galkyté explains this will be to understand why animal agriculture is still not pitted alongside other carbon-intensive industries as a major climate change contributor. Because alongside people and animals, farming increasingly affects our ecosystem.

Vanstone expects Willicroft’s pilot to go well and roll out in many other places in 2021. He is a big supporter of sanctuaries, specifically silver pasturing — where you can grow a forest in a field.

“In an open field you get such extreme conditions, so in summer you’re getting searing heat. In the winter, it can be very cold, exposed, and windy,” he explains. “But in a forest, the environment is much more balanced.”

Additionally, forests provide vast amounts of vegetation. With more variety, cows and other animals are less likely to emit as much methane. The biggest reason they emit so heavily is that their diets only focus on one ingredient. Willicroft is looking to do this through a donation model, so people can adopt a cow and visit it. This way it is an educational tool too.

“This model is to set the direction for policymaking in the Netherlands and beyond,” Vanstone says of farm transitioning. “The dream is to turn Willicroft dairy farm into a transitional project as well.”

Olivia Rafferty
Olivia is the Assistant Editor of The Vegan Review. An aspiring Middle Eastern correspondent currently studying journalism at City, University of London, she is passionate about the planet, she believes veganism is the first step to solving the complexities of climate change.
Previous articleHow to go vegan: an honest guide to ditching dairy and meat
Next articleIceland and Asda falling behind on pig welfare policies, says report