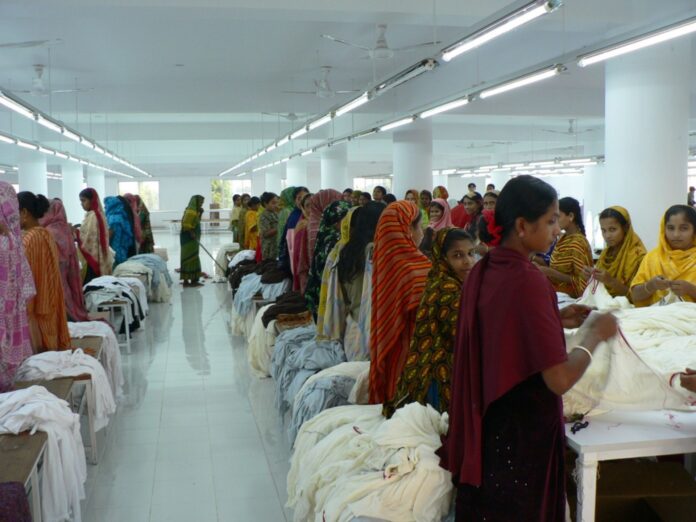 An industry responsible for the majority of the nation’s exports, here’s why boycotting fast fashion in Bangladesh isn’t as easy as it seems.

In April 2005, 64 people were killed and about a hundred were injured when a garment factory building collapsed in Dhaka. In December 2010, a fire at a factory supplying global retailers killed 26 people and injured over a hundred. In November 2012, another fire at a factory killed about 112 workers and injured more than 150. However, the deadliest disaster in the garment industry was yet to happen.

On April 24, 2013, the eight-story Rana Plaza building outside Dhaka, Bangladesh, collapsed, killing more than 1,138 people and injuring 2,600 others. At the time, the building housed five garment factories that manufactured goods for major retail companies in Europe and North America. The tragedy shook the country’s garments industry, the second-largest in the world behind China, with four million workers. The disaster in Bangladesh has come to be the most potent symbol of how fast fashion chains lose control of their supply chains as they offshore manufacturing in the pursuit of lower costs.

“Mainly, we are cheap labour — that is why we are scared; we need money, we need to survive,” says Nazma Akter, who began work as a seamstress in a Bangladeshi factory aged just 11 and now runs the Sommilito Garments Sramik Federation trade union. Akter and millions of others who work in retail-manufacturing factories are often helpless and have their human rights violated daily by working in such factories. But they have no other option, as they need to work there in order to keep earning income.

Multinational companies can easily exploit the readily available labour in Bangladesh by providing extremely poor working conditions and low incomes in their factories. But the $28 billion garments industry is a source of vast amounts of tax revenue for the government of Bangladesh and provides employment for many millions of Bangladeshis. It accounts for a whopping 81% of the country’s exports. So the government taking any action against such corporations means risking the loss of all the benefits of hosting them in the first place. Hence, through the use of such economic means, multinationals are able to erode state sovereignty and coerce developing nations such as Bangladesh into doing what it wants for the sake of economic security.

Furthermore, one of the industry’s big headaches has been the practice of subcontracting, where the main contractor hires additional individuals or companies called subcontractors to help complete a project. In the case of Bangladesh and other developing states, major retail companies have a long chain of subcontractors who are employed in the hosting state. Hence, there is a very minimal amount of physical presence of the actual corporation in their manufacturing factories. And so companies can often get away with the provision of poor working conditions and practices as they can blame it on their subcontractors and not take any accountability for the damage caused.

Fast fashion’s dirty secret has been out for a while, we all know it uses unethical labour practices but is also unsustainable for the environment. So what can we as consumers do about it? Boycotting the industry seems like the logical way to go about it. But this problem has many dimensions, and boycotting it may only serve to solve it from a surface level.

Many saw the pandemic as a good example to show that long supply chains of fast fashion are unnecessary; if we can live a few months without buying a new top or jeans then it can surely be done for longer. But on the other side of the world, garment workers suffered.

In March alone, 864.17 million pieces worth $2.81 billion were cancelled from Bangladeshi garment factories. These pieces were produced and ready to be shipped, but corporations decided to cancel their orders and the workers who made their product were left unpaid. Millions of workers were forcibly unemployed and had to migrate back to their villages or slums with empty pockets. In discussions regarding the negative impact of fast fashion, the narrative of garment workers in developing countries like Bangladesh is too often left out.

As a Bangladeshi, I’m deeply torn. This industry has hurt millions of my people, they work in horrible conditions for a barely livable wage. But without it, my country would be in shambles. We’re too dependant on it and would not be able to recover if the fast fashion industry were to collapse in Bangladesh.

If the pandemic proved anything to me, it is that garment workers can no longer be silenced. They are a key stakeholder in the issue, and the multi-billion dollar fast fashion industry must invest not only in research and development for their production and shipping to become more environmentally sustainable, but also allow the workers to work in good, hygienic conditions with decent incomes.

Read our story on whether Primark deserves its fast fashion question mark.