Feeding Cats & Dogs a Vegan Diet – Putting Them at Risk? 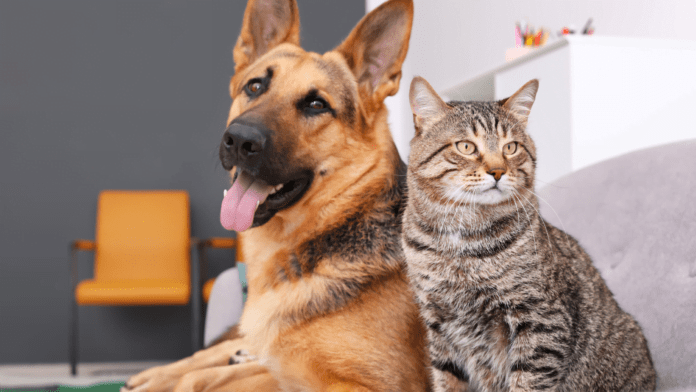 Putting your cats and dogs on a home-made, raw, vegetarian and vegan diet may cause health problems.

A study, published in the Vet Record Journal, found that giving your pets this diet poses a risk of antibiotic resistance, and infections that could be passed on to humans, as said by Dr Sarah Dodd, from the University of Guelph Ontario Veterinary College in Canada.

Dr. Dodd says feeding your pets the same diet as yours may help in ‘nurturing the bond’ between the two. But she also says, ‘Home-made raw food diets pose an additional risk of infection in the absence of chemical or heat treatment steps to kill potentially harmful bacteria and act as a potential reservoir of antibiotic resistant microbes which can be passed on to people.’

The researchers looked at 3,100 responses from an online survey in the United Kingdom, Australia, New Zealand, Canada and the United States pet owners (cats and dogs only). They found that only 13% of dogs and a third of cats were fed on a shop-bought diet for their main meals, while one in five dogs and one in twenty cats receive a solely vegan or vegetarian diet.

Scientists also scanned research between 2008-2018 on how cats and dogs were fed to determine whether there was a shift in diet and identified nine studies that suggested pet-owners are turning to home-made, vegan, grain-free and raw food diets, rather than standard shop-bought pet food.

To find out more on how you can give your pet a safe vegan diet, click here and check out leading international vegan dog food company V-Planet.