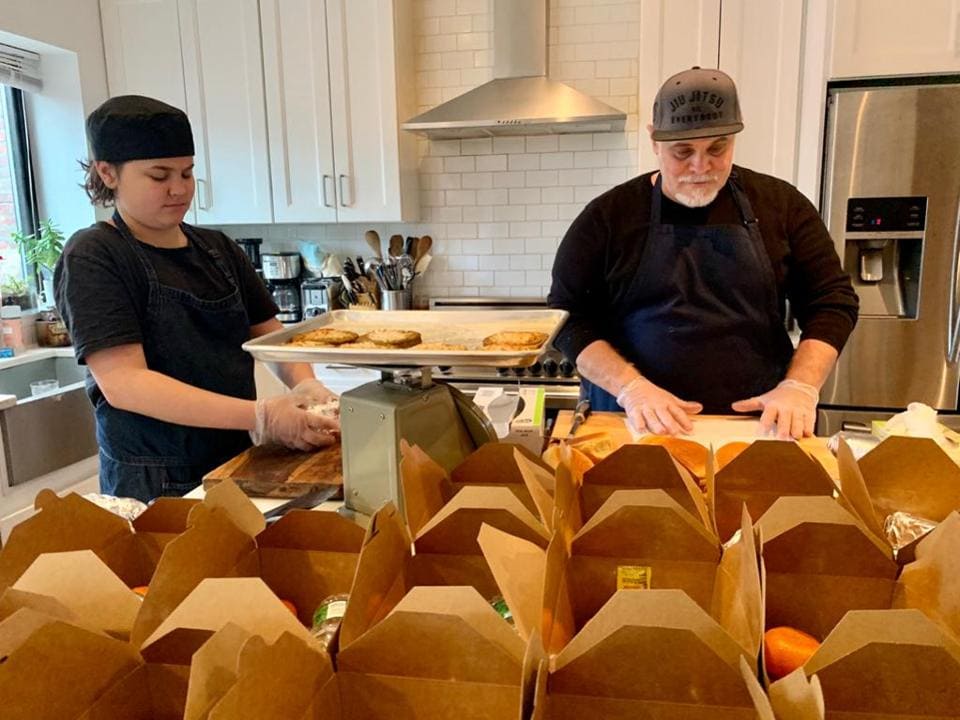 Felipe Avalos puts his culinary expertise to generous use, making plant-based meals for first responders busy on the job.

Felipe Avalos, a New York-based film industry caterer, recently diverted his kitchen skills to making plant-based meals for NYC first responders at seven of the city’s hardest-hit hospitals and families in need in the wake of the COVID-19 pandemic.

Felipe Avalos traded a career in fashion that took him around the world for a restaurant business that largely kept him centered in Brooklyn, N.Y., and ultimately turned into Big Love Catering. Until the pandemic hit, the catering company was in growth mode, feeding the rising number of companies that were making movies and TV shows in New York City.

The Coronavirus outbreak changed everything almost overnight. It hit the city of New York with devastating numbers in Coronavirus cases, this terribly shattered the film and television productions along with restaurants, stores, and offices. The company went from a job catering about 200 meals a day to nothing: “We had catering kitchens full of stock and it was like ‘What do we do?’ We decided we had two options – we were either going to go upstate and ride the pandemic out, or stay here and do something.”

Avalos’ wife and business partner, Lena Viddo, has a friend who works at Mt Sinai Hospital, and when the pandemic hit they were talking about the lack of appetizing plant-based meal choices for hospital workers and the fact that there’s rarely time to take a proper meal break during their long shifts.

“The places that used to deliver didn’t want to,” Avalos told Forbes. “They were relegated to cafeteria-style meals like American cheese sandwiches on white bread.”
He was convinced by his friend, Ray Ippolito, to make the meals vegan after he and his family decided to stay back to help the frontline workers, that was when many of New York’s citizens were leaving the area because of the surge in COVID-19 cases, “I was not operating a vegan kitchen, my catering company was not exclusively vegan, and at home, despite being mostly vegetarian, we were not vegans,” However, this crisis and pandemic called for a flip of a switch and moving forward called for radical change,” Avalos said.

Avalos and his family have made and delivered more than 4,000 plant-based meals, meals which included raw vegan cream penne pasta with slow-roasted tomatoes; empanadas with mixed greens; falafel, hummus, and tahini wraps; vegan Reuben sandwiches; and burritos with saffron rice, black beans, sauteed vegetables, pico de gallo, and guacamole
Thus far. Avalos has been able to continue his efforts with the help of GoFundMe and Facebook fundraising campaigns, which raised a total of $23,800, along with product donations from vegan companies such as Tofurky, Follow Your Heart, and Miyoko’s Creamery.

“Today, at this very moment, NYC is aiming to deliver 1.5 million meals per day without a plant-based initiative,” Avalos said. “It’s as if they aren’t reading the writing on the wall that today is no longer fine print but spray-painted on the wall in big, bold script, read aloud with a bullhorn. You don’t need to be a vegan to drink the Kool-Aid anymore; you just need to trust science and trust facts.” Avalos pointed out that organization Food For America partnered with chef José Andrés to raise $27 million to deliver meals, many made with animal products. “They are proliferating meals with ingredients that have led us to this very pandemic,” Avalos said. “Our goal is to deliver plant-based meals to first responders and families who have been impacted financially due to this pandemic and convert them, one omnivore at a time.”

Damoy Robertson
Damoy Robertson is an entrepreneur and founder of The Vegan Review. Damoy is dedicated to spreading veganism to the masses which he believes will enable people to make better, more informed decisions concerning the way we all interact with animals and our planet.
Previous articleGaz Oakley: The chef putting vegan on mainstream menus
Next articleV-Planet to sell vegan dog food in thailand