Food waste campaigner Matt Homewood: ‘I have to disrupt the system’ 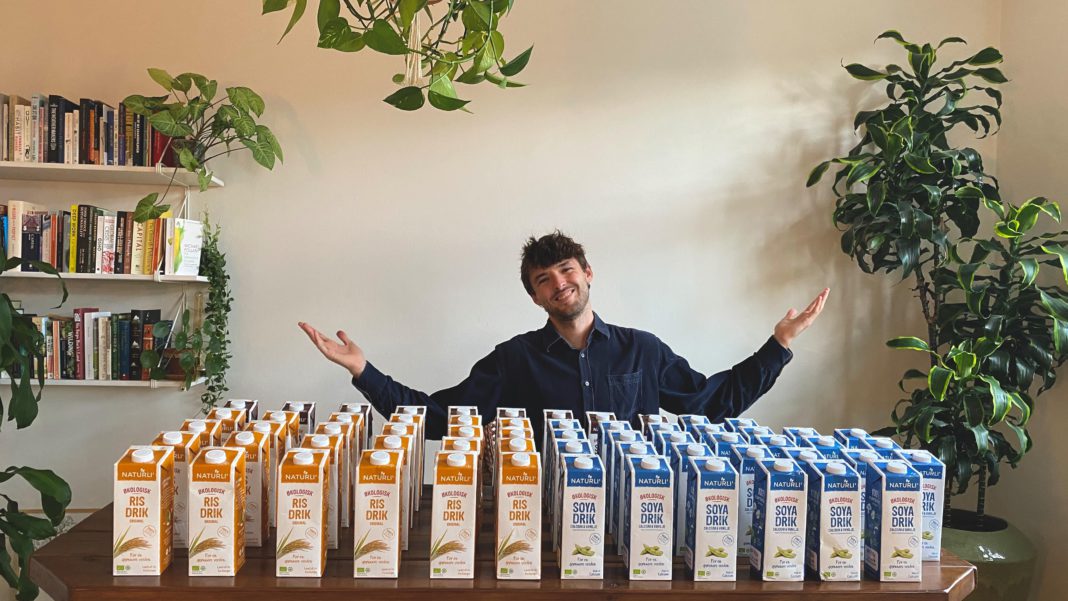 A couple of weeks ago, Matt Homewood found 153kg of dairy cream in a dumpster. He also found 2,000 eggs, 157 packets of bacon, and 180 bags of coffee — all of which were in perfect condition.

These snapshots are only a fragment of what he has discovered in the dumpsters of Denmark’s supermarkets. But the British food waste campaigner isn’t just creating a portfolio to look at; he’s on a mission to transform the industry, beginning with the outlawing of national retail food waste.

Born in Paris and brought up in London, Homewood felt separated from nature. But, like many children, he watched David Attenborough on TV, enriching his desire to connect with nature. After backpacking across Southeast Asia, he studied Zoology at the University of Edinburgh and took a gap year out in Sweden where he learned about crises in biodiversity and animal welfare. 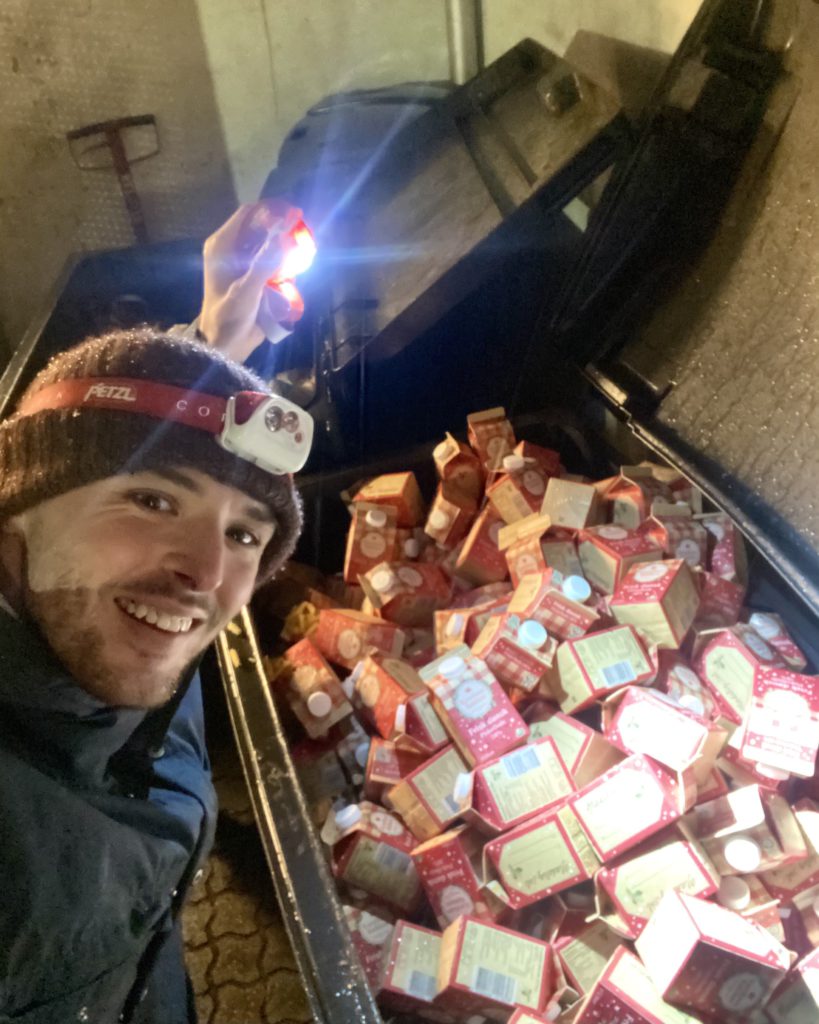 In 2015, he moved to Copenhagen to get a masters in Climate Change, initially drawn to the city for its green reputation. “But turns out, it’s not,” he says.

During a six-month sabbatical, Homewood cycled from New York City to the West coast with a group of friends. Between New York City and Minnesota — half the country — the group survived solely off supermarket waste.

Upon his return to Denmark, the then-student started dumpster-diving to see if the situation was the same there. The volume was just as bad. Although it varies between countries, Homewood says it’s “very much [a] Western” problem.

“It’s built into the supermarket model,” he explains. “These companies have so many stores, they can afford a certain proportion of waste per store.” As long as their prices undercut their rivals, then major supermarkets will always attract the consumer.

Homewood is fighting for a market-based solution. He says food banks only recover 1% of all food waste and are fully dependent on volunteers. “There’s only so much people can do,” he says. “Supermarkets should be paying for this, not the good people of the planet.”

In Denmark, businesses are asked to separate their waste, but the campaigner says this law isn’t being properly enforced.

He calls the global food waste rescuing app Too Good To Go “hyped up”. While technology has the potential to solve things, he says it won’t. Looking at the fine print between the organisations, many of them cap the number of products “saved” at under five a day. After receiving a commission and discount, the supermarket automatically faces a 76% discount, which is too high even for big businesses. 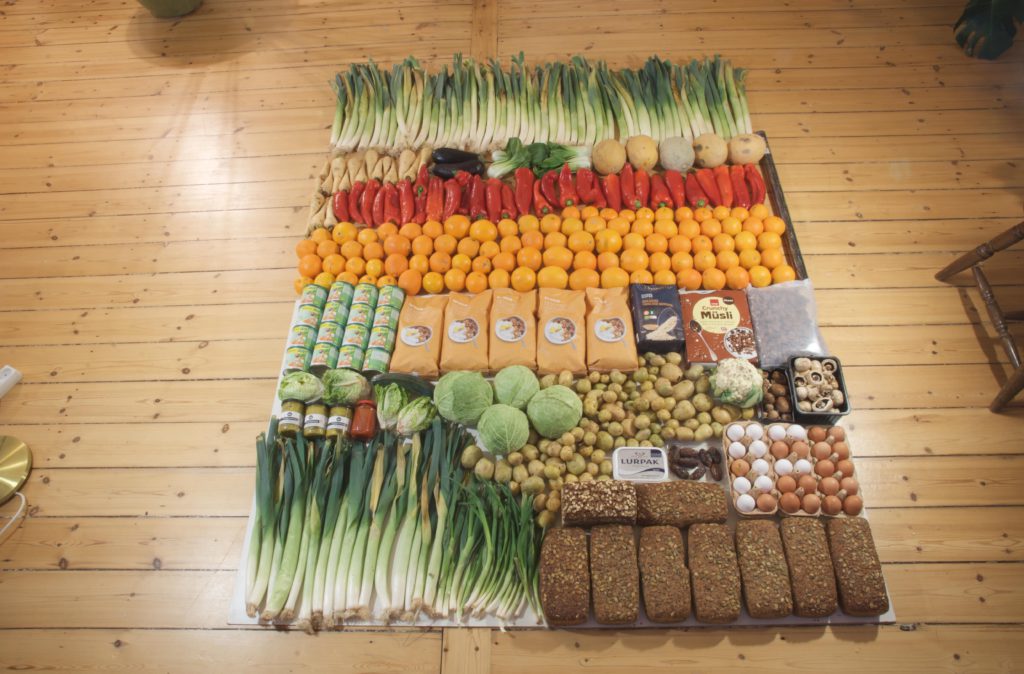 Homewood says it’s a clear example of greenwashing. “They say they’re solving waste, but if you go round the back and check the dumpsters, they’re still full.”

While individuals are “chucking their own money out the window” when they waste food, the campaigner believes the retail food waste is more problematic because businesses gain profits from it. “Even with 40 dumpster-divers across the West, you can get a picture of it,” he says. “It’s just mindblowing.”

He isn’t the only one who thinks it’s an issue. In March 2020, US organisation Project Drawdown put food waste third in its list of the 100 best solutions to mitigate climate change. “Above plant-based diets and flying,” Homewood says. The FAO estimates that the planet wastes one-third of all food produced, making it the third-highest emitter of GHG emissions on the planet.

Aside from its environmental implications, Homewood says it’s a humanitarian crisis. Food waste is raising global food prices. Alongside the 700 million people who don’t know where their next meal is coming from, millions have now lost their jobs due to the pandemic, enlarging the gap between food waste and hunger. 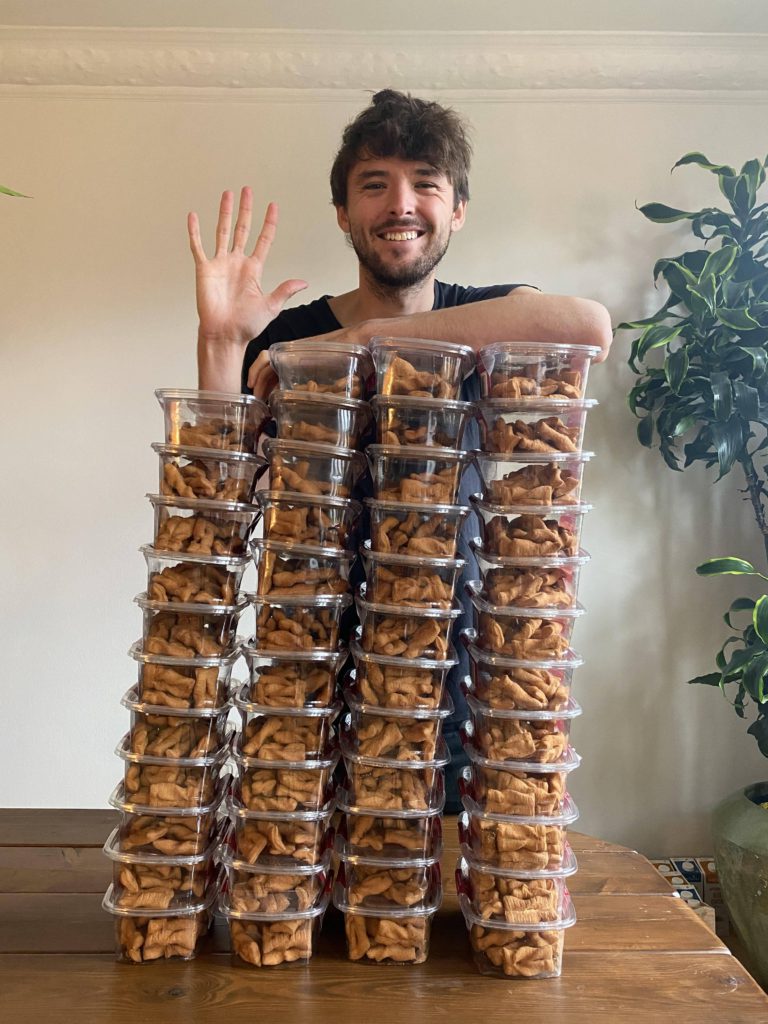 Currently working with actors across Denmark to build a campaign to bring in new legislation, he hopes 2022 will see the introduction of a $10,000 penalty for every tonne of food waste. He believes this could ensure supermarkets sell their products no matter what.

Following this success, he hopes other countries will implement it too. Then, he plans to move to the countryside and become a farmer.

“But right now, I have to disrupt the system, because being a farmer today is basically a death sentence with all the debt,” he says. “So I’ll disrupt it in the city, then move back to the country where I feel more content and at peace with the world.”

Read the diary of a freegan as Laura Gaga goes a week without spending any money.

Olivia Rafferty
Olivia is the Assistant Editor of The Vegan Review. An aspiring Middle Eastern correspondent currently studying journalism at City, University of London, she is passionate about the planet, she believes veganism is the first step to solving the complexities of climate change.
Previous articleThe best vegan gifts for men in 2021
Next articleOatly’s ‘awful’ Super Bowl debut was a banned ad and genius marketing trick