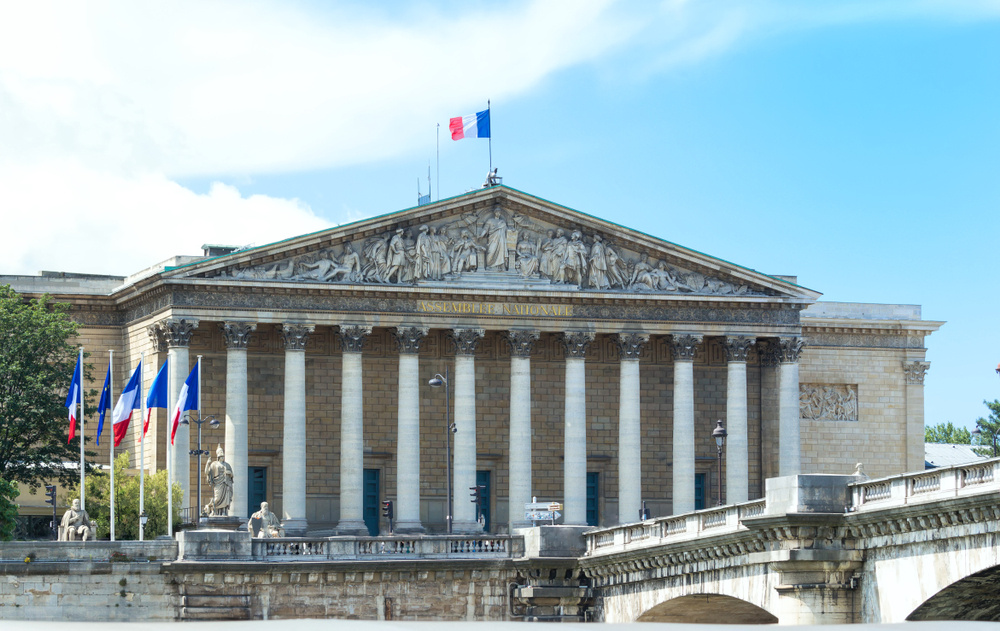 France has adopted a long-awaited Climate and Resilience law that aims to help reach its 2030 target of 40% carbon emission reduction.

France’s MPs and senators have reached an agreement on the final version of the Climate and Resilience Law, which was adopted on Tuesday. It aims to facilitate the country’s ecological transition and help it reach its 2030 target to reduce carbon emissions by 40%.

The climate law highlights the importance of sustainable and healthy food, introducing the requirement to offer vegetarian menus in school canteens at least once a week. There’s also an experimental trial among local authorities willing to participate that would offer a vegetarian choice every day, which would be subject to conditions to “guarantee the nutritional balance of the meals served”.

Additionally, all services in the collective catering sector that offer a choice of several menus are required by law to offer a vegetarian menu by January 1, 2023 at the latest.

To help implement these changes, all culinary training courses will have to include modules on “the health and environmental benefits of diversifying protein sources in human nutrition” no later than two years after the law is enforced. Foodservice managers will also have to “give preference to supplies of agricultural products and foodstuffs that meet quality or environmental preservation requirements”.

Moreover, at least 60% of meat and fishery products served in schools and collective catering, and all such products served in restaurants managed by the state, its public establishments and national public enterprises, will be required to use products “whose acquisition has been based primarily on their performance in terms of environmental protection” that respect short distribution channels latest from January 1, 2024.

France’s climate law also includes measures to reduce the use of mineral nitrogen fertilisers to lower nitrous oxide emissions by 15% of 2015 levels and ammonia levels by 13% of 2005 levels by 2030. If the emission reduction targets are not met for two consecutive years, the law has called for a levy on the use of such fertilisers.

The final version of the law asks farmers to pay if they fail to reduce carbon emissions, all the whole ensuring the agricultural sector’s economic viability. And to avoid stigmatising farmers, it calls for the recognition and better valuation of “positive externalities of agriculture, particularly in terms of environmental services and land use planning”.

The Climate and Resilience Law has also recommended the preservation and planting of hedges and trees between agricultural plots, in an effort to store carbon, battle soil erosion and improve water quality. A final vote is expected to take place in September.

Anay Mridul
Anay is journalism graduate from City, University of London, he was a barista for three years, and never shuts up about coffee. He's passionate about coffee, plant-based milk, cooking, eating, veganism, writing about all that, profiling people, and the Oxford Comma. Originally from India, he went vegan in 2020, after attempting (and failing) Veganuary. He believes being environmentally conscious is a basic responsibility, and veganism is the best thing you can do to battle climate change. He gets lost at Whole Foods sometimes.
Previous article7 of the internet’s best high-protein vegan breakfast recipes
Next articleLondon’s best vegan brunch dishes — according to Londoners