Free-range, but unfree: the ugly truth behind cage-free eggs 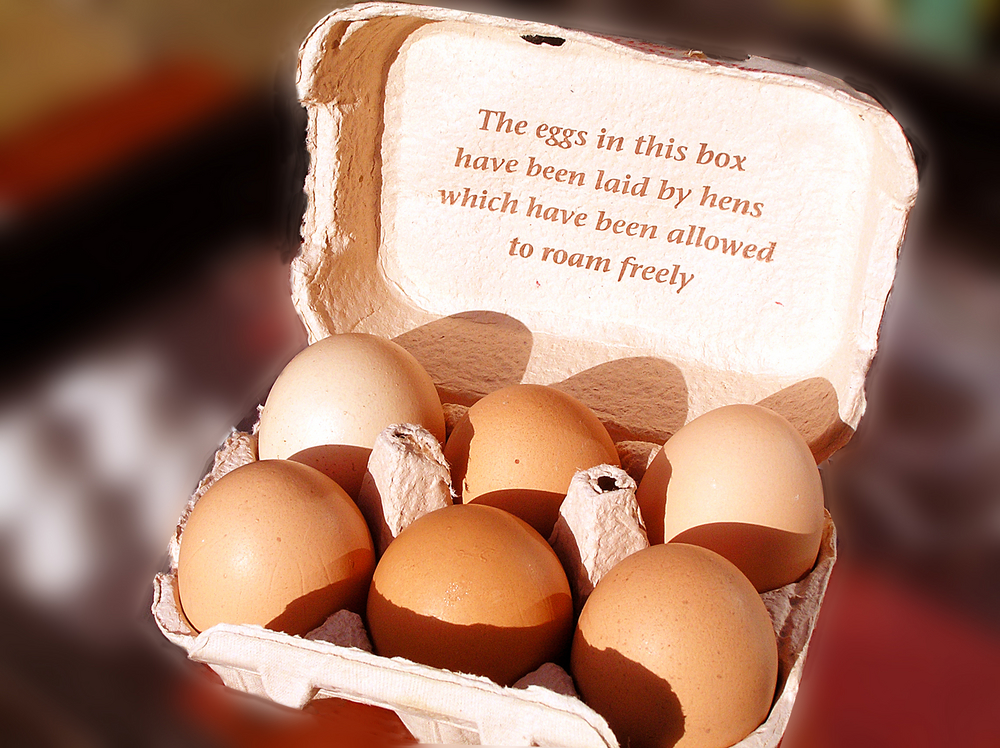 Free to roam; free from harm is that what free-range really means? Unfortunately, your fried egg isn’t as free as you think.

“Free-range farming is a rights violation,” says sociologist and animal rights advocate Roger Yates, arguing that using animals is wrong, no matter what system is used. He adds that the term “free-range” has altered a lot in meaning over time

“The early-learning book images that people have — and cling to — of what a farm looks like is a rarity nowadays.” This is because, since before the second world war, farms had to increase production, forcing animals into smaller places. “This, of course, compromised animal welfare and has led farmers to redefine what ‘free-range’ means.”

Sarah Dixon, a non-vegan artist who eats eggs and uses them to create egg tempera paint, suggests that the packaging of free-range eggs is misleading: “[It] should maybe have to show a real photo from a live camera at the farm.” She says this would be useful, so “we are clear about facts rather than nice-sounding phrases, which conjure up idyllic notions, like the photos they put on egg boxes depicting a probably fake scene”.

And she’s right. After grabbing a box of free-range eggs from the fridge (disclaimer: I live with non-vegans), I noticed that two happy hens were standing apart in what looks like an open, grassy space, like a field. In reality, we know this isn’t the case. 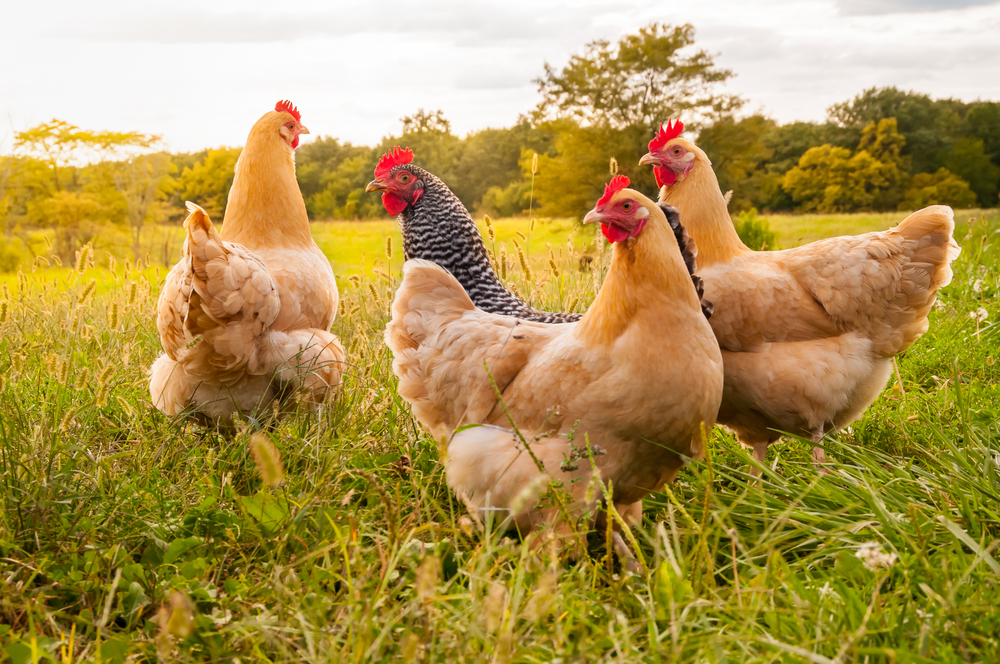 Free-range sheds can contain up to 13 chickens per sq metre of floor space as long as they have access to outdoor space (1 sq metre per hen) for at least half their lifetime. Unfortunately, however, most of them don’t get to go outside due to the excess of chickens kept in the same barn.

In 2019, The Humane Society of the United States accused National Pasteurised Eggs of false advertising it allegedly used a misleading photo of chickens on its egg boxes. The organisation’s senior food policy director of farm animal protection says they “look as if they’re frolicking in a gorgeous meadow… when they’re actually confined inside a cage with less space than an iPad to live on”.

However, free-range is the only real alternative to the horrific conditions of caged hens, says a spokesperson from the UK branch of animal welfare organisation Four Paws. They address the awful conditions caged hens are kept in, describing them as “dirty” and “cramped” with “barely [any] room to move [or] spread their legs or wings, and [they] have to fight over the little space they have”.

They add the hens are “subjected to often short and extremely miserable lives” and “many of them never see the light of day” due to being slaughtered so early on. “Well-kept and cared for, a chicken can live up to 15 years. In contrast, battery hens on factory farms live for only around 20 months.”

In comparison, free-range hens must be able to “roam, escape other chickens, and socialise” and should be “given the freedom to express natural behaviours”.

As a volunteer at a battery chicken rehoming charity, George Shaw believes free-range is the only alternative there is. He believes we need to focus on ending the practice of keeping caged hens before we improve the conditions of “free-range” hens. “For me, it’s more important to actually improve and extend the lives of some animals rather than take the moral high ground.”

As well as being a volunteer at the rehoming charity, Shaw has been a keeper of hens himself for 20 years. He explains that his hens are ex-battery-farm, so they would’ve been slaughtered early on in their lives.

“[They] eat my vegetable waste and provide organic manure for the garden and vegetable beds. They’re contented, affectionate and hand tame,” he tells me, adding that they reduce the slug and snail population, which is “better than using pesticides and slug pellets”. 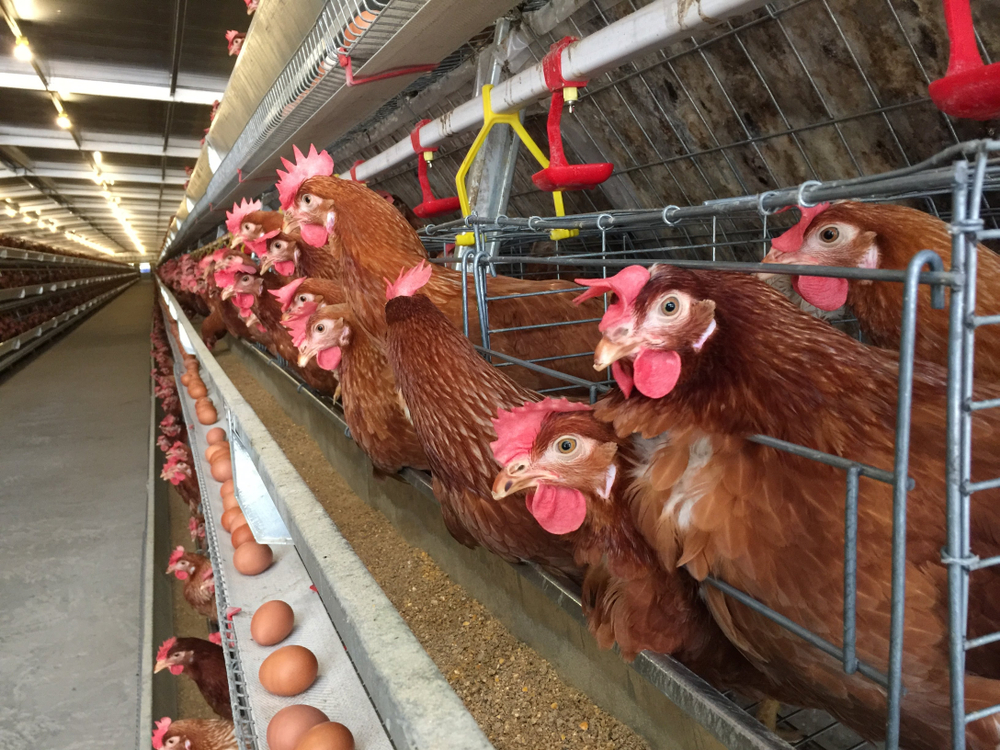 Shaw points out that the EU voted to ban eggs from caged birds over ten years ago, but EU farmers were against this and Brussels eventually allowed the use of “enhanced cages”. He hopes that, now the UK is out of the EU, “we can pressure our government to phase out truly barbaric animal standards and shame food manufacturers into abandoning the use of eggs from caged birds”. However, just last week the European Parliament voted to ban the use of cages by 2027.

Dixon agrees that animals’ living conditions should be improved. She puts emphasis on “small-scale farming”; however, she recognises that bigger farms are “a cheap, nutritious form of food that many people rely on”.

Moreover, from her own experience of working on a farm, she acknowledges that “food production is incredibly hard”, noting the class issue surrounding farms and this being some poorer families’ main source of food. “I don’t believe it’s fair to make quality food inaccessible to those on lower incomes,” she says. “We need to change society as well as farming.”

But Dixon adds that she can’t see farming changing soon: “I do think it would need a very concerted government and global effort.” She believes that the egg industry, like all businesses, will continue to look for “ways to cut costs, increase margins, and continue to ‘sell’ a positive image”. As a result of Brexit, she feels “we are likely to drop standards to attract more income”, adding that that the obvious thing is to make labels more precise and realistic and “keep telling policymakers what we want”. 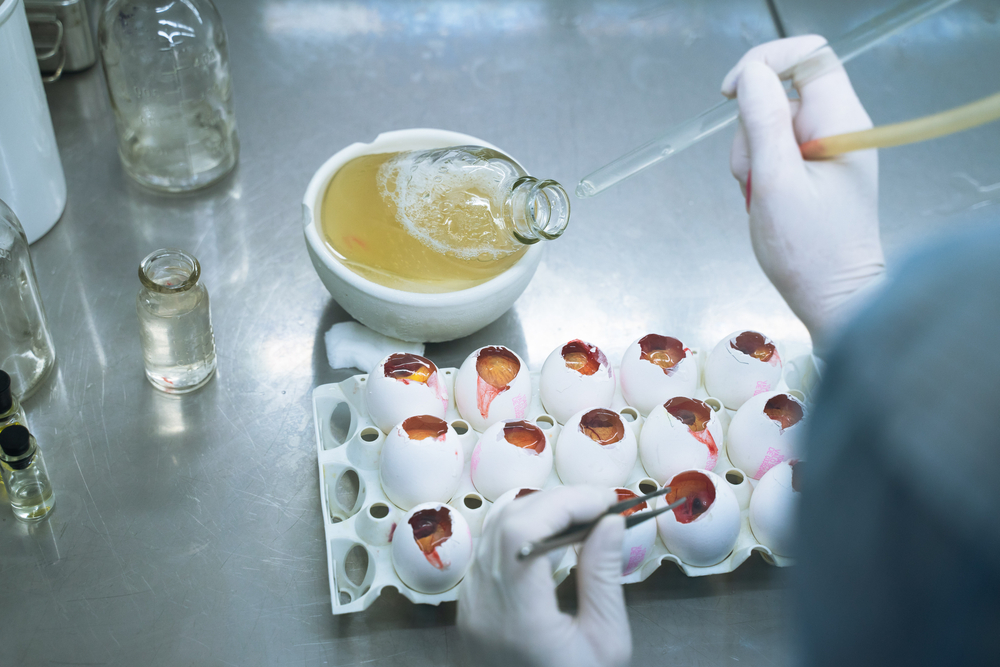 Shaw agrees, arguing that “the egg business is here to stay”. He explains that it isn’t only used for food: “Many vaccines are grown in egg cultures. If there were other effective growing mediums, pharmaceutical companies would use them — especially as significant numbers of people are allergic to eggs.” He doesn’t believe it’s all bad, though, explaining: “I fully expect consumer pressure to lead to enhanced living conditions for farm poultry.”

In contrast, the spokesperson from Four Paws believes that egg production will change in line with the rise of a plant-based or flexitarian lifestyle. As an organisation, Four Paws believes that by encouraging the reduction of consuming animal products, the demand for eggs will decrease and there will ultimately be less demand for animals, preventing them from enduring such awful conditions.

Yates also believes that the rise of veganism might cause the egg industry to phase out over time, and potentially, there might be a black market for these products instead.

Chloë Morgan
Chloë is a recent English graduate from Loughborough University. She tries to use her writing to raise awareness of important issues in an attempt to help others. Her passions lie in social justice, mental health and sustainability. After taking part in 'Veganuary', she developed an interest in veganism and recently went vegan. She is also trying to boycott fast fashion as much as possible by shopping second-hand and more sustainably.
Previous articleOver two-thirds of Brits ‘have or would consider’ a vegan diet, shows new survey
Next articleThe Vegan Conservatives: the plant-based wing of the UK’s right