From fatigued meat-eater to vegan: A story of transformation 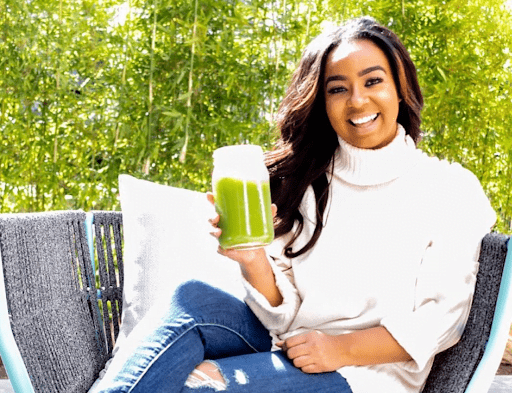 Meat-eater to vegan is a journey, but why do you choose to do it?

Whether you’ve been enjoying the lifestyle for 2 months or 20 years, you’ve probably been asked this question at least once, or let’s be real, more times than you can count. You might be tired of hearing it, or excited to share your vegan story in hopes of either bringing someone into the fold or connecting with a new vegan friend.

When Cara Thibodeaux, a vegan lifestyle blogger living in sunny Austin, Texas gets asked this question, her face instantly lights up. Known as The Great Full Girl on social media and on her vegan travel, food, and lifestyle blog, Cara has a passion for sharing her story in an authentic, positive way that shows the beauty of a compassionate lifestyle imbued with gratitude. And she’s really, really good at it. She makes turning meat-eater to vegan look so simple.

According to Cara, she wasn’t always as grateful for food and our planet as she is now. In moving to Texas and consequently opting for foods often deep-fried, sugary, and doused in gravy, Cara found herself dealing with the fatigue, discomfort, and added weight typical of the American Southern diet.

The trial and error of dieting eventually led The Great Full Girl to immerse herself in research through documentaries, books, and podcasts that let her arrive at one clear, simple answer: a vegan lifestyle. She’s left the fatigue and discomfort of an animal product-laden life behind and has found her life’s passion and purpose in the transformation.

Now vegan for two years, Cara shares her journey, who inspires her, and her vision for a vegan future:

How would you describe your relationship with food before going vegan versus now?

So I actually did food blogging before I went from meat-eater to vegan. My friend and I started a blog called Food in the 512, and it was just all about gluttony. My food wasn’t colorful–it was just for taste in the moment, and didn’t really serve a purpose for me at all. So even though I loved food, it made me feel so bad after I ate it. I started seeing myself gaining weight and getting acne because I was eating so much of these heavy, rich foods, especially in Texas where everything is basically deep fried, dumped in powdered sugar, and then deep fried again. It made me feel so bad. And when I switched from meat-eater to vegan, I was still able to eat those foods that I really loved. But I just didn’t feel that heavy sense that I used to feel, and I felt good about what I was eating because instead of eating this heavy dairy mac n’ cheese, for example, I was eating cashew-based mac n’ cheese.

Before, I think the only green food I ate was maybe spinach or broccoli, but now I have SO many different types of fruits and veggies that I incorporate that I would have never tried before. Before going vegan, I was literally looking up “how do I cook a beet,” or “how do I cut a sweet potato.” There were so many things that I had no idea of because I was so used to the Standard American Diet. So I definitely feel like I have a lot more energy, especially if I can be good about juicing. I could be up until like 2 in the morning and be totally fine, with no fatigue whatsoever! 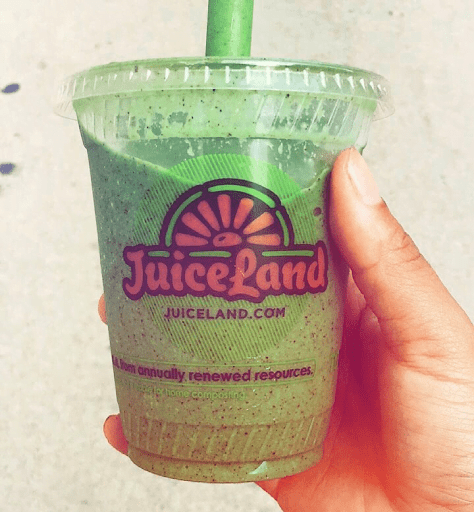 That’s some serious energy! What was your eye-opening moment on your journey to veganism?

I think the thing that was most important for my journey was that when I stopped thinking of it as just affecting me, but also affecting other people and other animals, that’s when I became really passionate about it and knew I wanted to stick to it. I think that’s why we often see people who are plant-based, maybe they’ll slip and eat meat or they’re like “I’m in Texas let me eat BBQ” but I think when you have an ethical tie, even if it’s for climate change, you just realize that you’re doing it for something that’s bigger than yourself, and so you’re a lot more conscious of keeping that mission.

What other parts of your life have changed since going vegan?

I really feel like I’ve found my purpose in life. Especially in your young to mid-20s, you’re constantly asking yourself like, “Why am I here? What’s my purpose in the world?” And I knew I always wanted to start some sort of blog.

And now I feel like my purpose is to create this business around veganism, whether it be vegan interior design or vegan cookware. I want to do so much and I know my blog is just a starting point, but going from meat-eater to vegan has already opened the doors to so many opportunities that I could have never imagined.

While being a blogger is fun and cool, it’s even better to have a purpose and a mission behind what I’m doing, because it can be really hard juggling a full-time job and then also creating content. And if there isn’t a mission or a passion behind what you’re doing then it can really weigh you down. So every time I get really tired and don’t want to edit another YouTube video, I tell myself “ok it’s saving animals and I do it!” 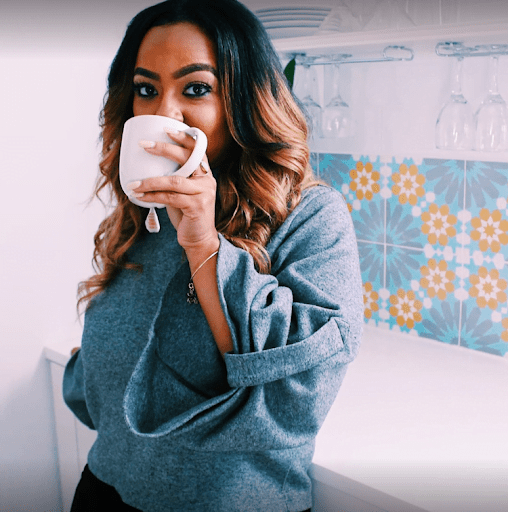 Being fuelled by passion and purpose creates serious change! Who inspires you in the vegan community?

Oh there’s so many people. I would have to say Jenné Claiborne from Sweet Potato Soul. She was one of the first people that I saw [when I went meat-eater to vegan]. The reason why I really loved her too because she looked like me, and while there a lot of vegan bloggers and influencers out there, I feel like at least at that stage there weren’t a ton of Black vegan bloggers. It was really nice to see someone who looked like me doing what I wanted to do and realizing “oh, it is possible. I can do this, I can be successful.”

For the holidays last year, her pre-made vegan meals in Whole Foods, and I thought it amazing with amount of work that she’s putting out there and just trailblazing. Especially with as much soul food as she cooks, she shows the Black community that a lot of the foods that we eat actually so rooted in plant-based eating, but over time have become animal-based. So it’s really nice that she has so much knowledge to give to the African American community.

This might just be the most important question: what’s your favorite vegan restaurant?

Rebel Cheese here in Austin, hands down! I think for so many people, cheese is the hardest to give up. And I love walking in there and feeling like I’m in this beautiful artisanal cheese shop in France. It’s just so beautiful. So many people go there who aren’t even vegan because the food is just so good. So that’s my favorite place. 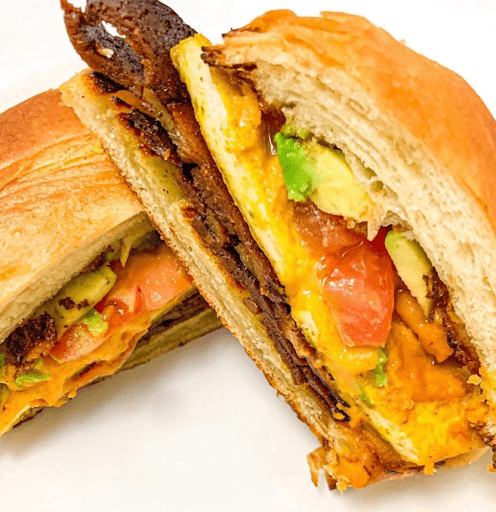 What do you think the future of veganism holds?

we have information at the tips of our fingers right now. And the generation before us did not. They had to actively go searching for it. And it’s all over the place now: you can find it on Facebook, Instagram, TikTok. Like if you’re curious about it, you have all of this info available to you. And I also think that as well with the effects of climate change. Whether people do it for ethical reasons or not. There’s so much science behind the fact that most of the greenhouse gas emissions created by our meat consumption. This generation that’s coming up is definitely a lot more aware. And conscious of how much our planet is in dire need right now and unfortunately. I think they’re the most awake because it’s going to be their responsibility to fix the mess they didn’t create.

Is what I’m doing changing the world?

It’s not going anywhere. I think it’ll continue to be a trend and I’m all for it. The future looks super bright. And I think that’s one thing that people tend to get really down on when they are vegans and activists. Wondering “Is what I’m doing changing the world?” — and it totally is.

To learn more about Cara, head to her blog The Great Full Girl or connect with her on instagram @greatfullgirl