From plant-based meat to protein shakes: Why pea protein is the star ingredient in vegan products 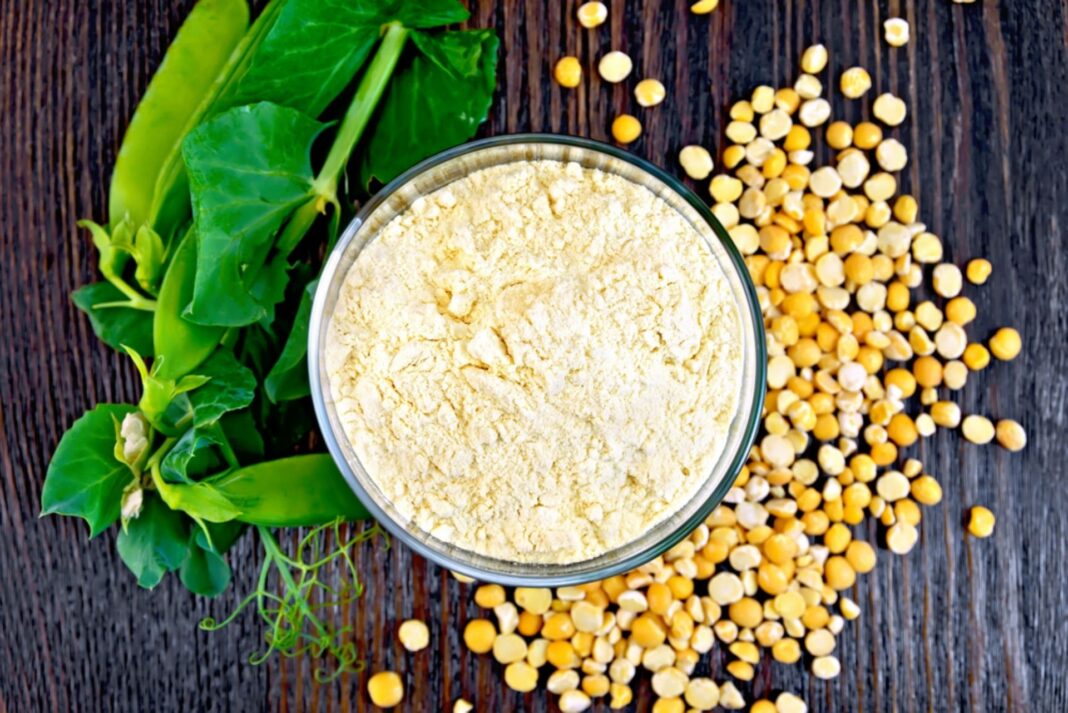 Pea protein is a vegan alternative that has soared in popularity in recent years, notably being used in plant-based meat. Why are companies turning to this specific protein?

While Lightlife Foods and Beyond Meat may be in a row over the plant-based meat market space and their ingredient lists, they have one thing in common: their star ingredient. They both use pea protein as the base.

Proteins are made up of amino acids and play a crucial role in our bodies, including building or repairing tissue, hormone production, building muscles and regenerating bones. Typical sources of protein include meat, fish, eggs and milk, but these are not vegan- or vegetarian-friendly. Plant-based sources like pea protein are suitable supplements to ensure you get sufficient protein despite not consuming animal products.

However, even for meat-eaters, evidence has shown that an excess of red and processed meats increases cancer risk and other chronic diseases. A standard size serving of pea protein listed on labels often provides about 21g of protein, which is the amount in about 3 ounces of meat, fish, or poultry. So, is pea protein the new way to go?

What is pea protein?

Pea protein is made by extracting protein from ground yellow peas, forming a beige powder. They are dried and ground into a fine flour, then mixed with water to remove fibre and starch, leaving mostly protein with some vitamins. This paste is then dried and ground again into a fine powder, creating the protein isolate.

Jo Travers, the dietitian known as The London Nutritionist, explains that “isolating just the protein and leaving all the other parts behind” makes the powder a “concentrated form of protein”.

The body needs 21 amino acids to stay alive, nine of which are obtained from food, also known as essential amino acids or EEAs. Pea protein contains all nine of these EEAs, making it a ‘complete’ protein’, unlike other vegan protein powders.

Why is it becoming so popular?

Sports nutrition now accommodates for dietary needs such as veganism, with pea protein being one of the leading supplements. Globally, its market increases every year, with some estimates placing its value at $360 million by 2022. But why is it so popular?

Generally speaking, the shift to plant-based protein is due to a variety of reasons. As well as increasing the risk of cancer, there’s a high amount of saturated fats in processed and red meat, and so using plant-based alternatives like pea protein is healthier, vegan-friendly and hypoallergenic.

The amino acid structure of a protein is key to its effectiveness for muscle gain or fat loss. The fact that pea protein contains all nine EEAs means it will be highly effective and has a better balance of amino acids compared to other protein powders. Rice protein, for example, is an incomplete protein, meaning it needs to be combined with other sources to provide the optimum nutritional benefits.

That being said, however, pea protein is low in methionine, so it is not advised that you solely use that in your diet. However, it is much higher in amino acids than other proteins like hemp or rice.

There is also an abundance of research showing that it is highly effective for promoting muscle gains. A 2015 study showed it promoted a higher increase in muscle thickness compared to a placebo. In terms of texture, pea protein has gel-forming properties, helping add smooth thickness to protein shakes, for example.

Lastly, pea protein digests slowly, which is better for improving body composition over time than fast-digesting options like whey. Evidence suggests that slower-digesting proteins are better for promoting muscle growth over the long term due to how your muscles process amino acids into muscle tissue.

Dr Paul Rimmer, a performance nutritionist, outlines the differences between hemp and pea: “Hemp protein is typically much lower in key amino acids, having less than half the amount of essential amino acids as pea protein on a per gram basis.”

Hemp protein is obtained from the shelled seeds of a hemp plant and is known as one of the best sources of plant-based protein.

Although both proteins are complete, it’s in differing amounts. Pea is low in methionine, whereas hemp tends to be low in several amino acids such as lysine. The former is considered to be superior to hemp in its high quality and levels of iron. The texture of hemp tends to be chalkier and grittier, compared to the smoother pea protein, which dissolves well in liquid and smoothies.

In an age of greater consumer awareness, vegan diets and nutrition, pea protein seems to be growing in popularity and with good reason. It digests slowly, has a good texture, and is filled with amino acids and iron that are hugely beneficial to the body.

Yasmin Jafar
Yasmin is a journalism undergraduate at City, University of London who is a massive foodie — especially for anything dessert- or coffee-based! She’s passionate about food, its history, and researching and reviewing different diets around the world.
Previous articleLightlife parent company Maple Leaf Foods and its interests in the plant-based meat market
Next articleVegan candy: Big and small companies are cashing in on plant-based sweets