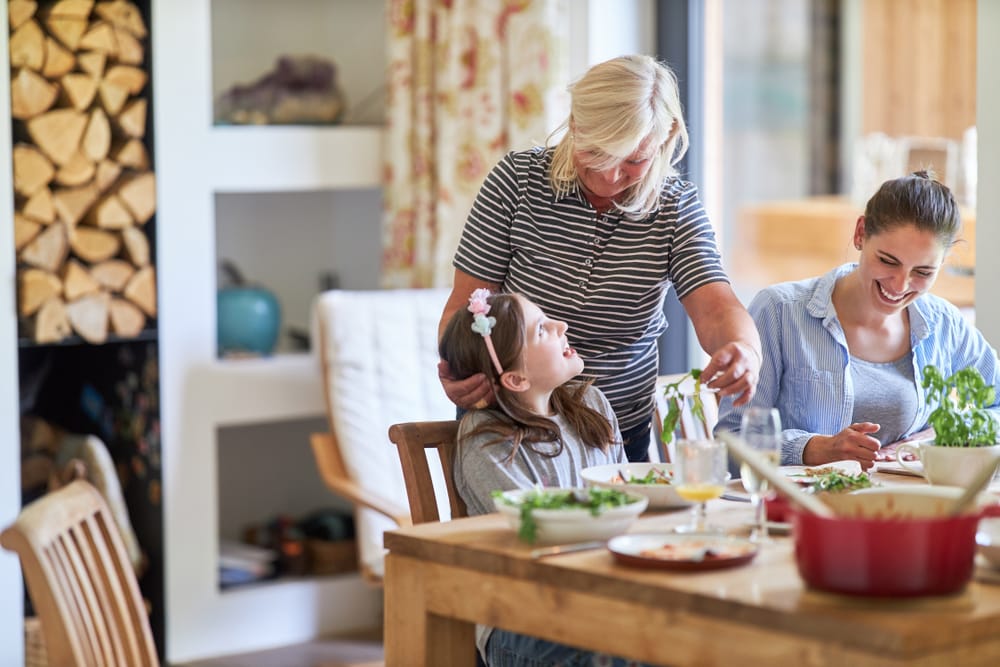 One generation is too sensitive, the other didn’t do enough. Vegans from Gen Z and Gen X agree that the ultimate solution to a better world is always education.

“Sometimes it feels like Generation Z versus the world,” says 14-year-old Erin Ersoy from her home in New York. The teenage animal activist and co-founder of Youth Agricultural Revolution has been advocating for veganism for three years, but only transitioned herself eight months ago. A cancer survivor, her parents have always been very meticulous about her health. But not long after she finally persuaded them, her father also turned vegan.

Ersoy has a soft spot for mac and cheese. While she used to religiously eat Daiya cheese, she often makes her own at home too — a mix of nutritional yeast, carrots, potatoes and various seasonings. Most recently, she’s found a love for dates and peanut butter.

Alice Grahame tried to go vegetarian when she was a child too, but a lack of family support eventually made her give up. The 50-year-old freelance journalist turned vegan overnight almost four years ago, after watching renowned documentary Cowspiracy. But Veganuary and living in London, the most vegan-friendly city in the world, are what have aided her most. “There is now no excuse for eating animal products,” she says.

On a typical day, Grahame will enjoy toast slathered in marmite, topped with slices of cucumber or tomatoes for breakfast. She says veganism, especially during lockdown, has given her a chance to become a lot more creative and experimental. She’s discovered crispy cauliflower wings, banana blossom ‘fish’, sweet and sour seitan, and she’s on a mission to make the perfect sponge cake. “I want to prove that vegan cakes can be just as nice as non-vegan ones,” she says. 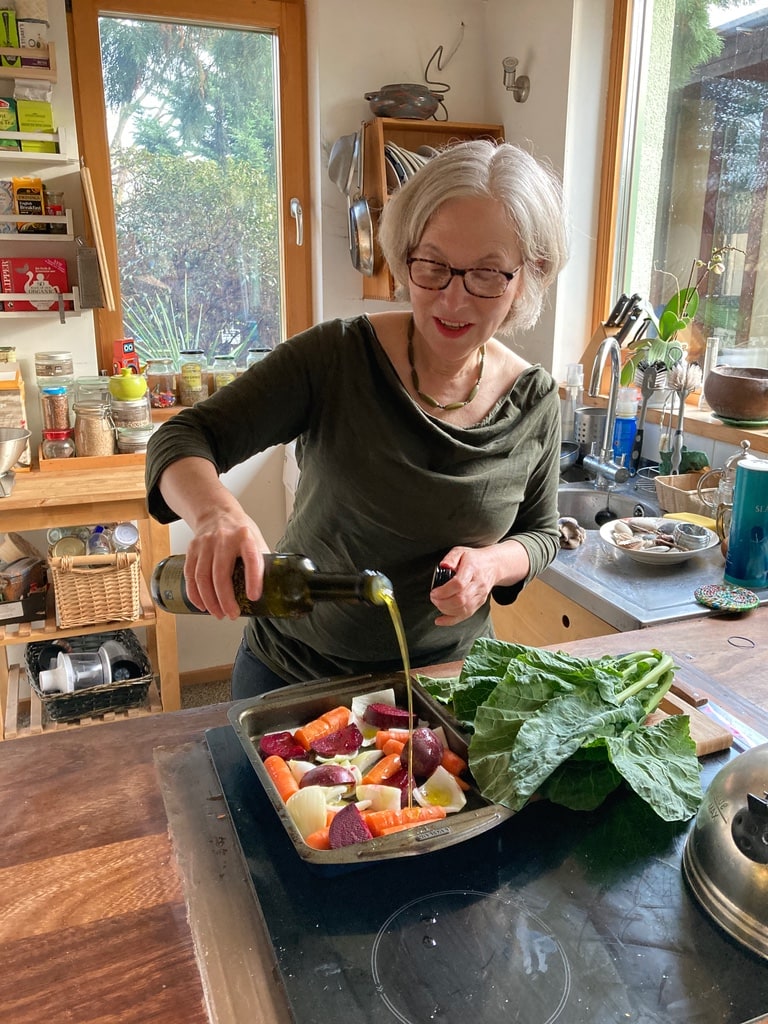 Like many in society, Ersoy believes her parents were “brainwashed into thinking we need to consume dairy products”. She says they were brought up believing milk was good to strengthen our bones, but this soon changed when they discovered the links between dairy and cancer. Her father transitioned with her, and her mother is now vegetarian. “I’m working on getting her to veganism, though,” she says smiling.

Grahame’s partner launched into veganism with her. While the pair were sceptical about it lasting, they haven’t looked back. Socially, Grahame says there is still the occasional challenge, and has had to bring a tub of hummus in her bag — just in case they forgot to include vegan options.

The couple have brought their Gen Z daughter up vegan at home, and vegetarian at school. As a parent, she says she feels responsible for leaving a healthy planet for the next generation. She believes that while the older generations might not have been so aware of their impact, people her age have been well informed for a while. “We have no excuse for not being aware,” she says.

Ersoy points to the studies and highlights that we only have 10 years left until climate change is irreversible. She questions how this has gotten to this point, when the facts have been studied for years. “Our generation is on a really limited time clock, and this is putting a lot of stress on young people to save the world.”

Grahame believes now is a good time to transition, whatever your age. She grew up with meat always featuring as the centrepiece of her Sunday lunches. When research came out showing the health effects surrounding meat, her family cutback their consumption. But at school, they were constantly fed free milk — being told it was necessary for healthy bones and teeth. “But I remember it smelt disgusting,” she adds.

She says young children are given too many mixed messages about the animal agriculture industry. While they are given storybooks about farm animals framing it as a happy situation, parents continue to feed their children farm animals.

These mixed messages are then carried over into their teenage years. In New York, Ersoy has never been badly bullied for her lifestyle choices, but she is often made fun of for being different. Children at her school will ask her things like whether water is vegan. “Only one or two have really said anything rude because they were uneducated. But then I educate them,” she laughs. The young activist refers to cognitive dissonance, and how this will continue onto adult years too.

The 2010s term ‘snowflake’ has often been used to label Gen Z. Implying that a person is overly-emotional, easily offended and unable to deal with opposing opinions, Ersoy says it’s overused and unoriginal. She recognises her sensitivity, but dislikes the way it is used to incorporate an entire generation of people. “It shows ignorance, and is just another excuse for other generations not to take action,” she explains.

Grahame isn’t familiar with the snowflake label, choosing to avoid negative Twitter threads. But she doesn’t agree with it. She feels Gen Z has a lot more to deal with than when she was a young person — and protests and strikes have been a natural part of teenage life since she was young. “Young people are under a lot more stress today with student debt, zero-hours contracts, and lack of affordable housing,” she adds. “With today’s climate crisis, the scale of the problem needs an extreme response. Like Greta Thunberg said — if your house is on fire, the correct response is to panic.”

Ersoy has been outspoken and active for both humans and animals since she was five years old. “I generally want to end all oppression,” she says. Still only fourteen, the teenager is looking to be a vet, or work in sanctuaries, or even become a lawyer for animal rights.

While Grahame says it’s very possible for anyone to go vegan, the main issue is not everyone wants to. Ersoy is hopeful this will happen eventually, but she doubts it’ll happen in her lifetime.

She says there is still a long way to go for veganism, and the key to getting it to go mainstream is education. This is how she plans to get her mother to make the leap.

Grahame says campaigns like Veganuary have been a great help to get people further on in life to join the lifestyle transition. For Generation X — those born between 1965 and 1980 — she believes the health aspect is the biggest attraction. Several of her non-vegan friends have had problems with weight gain, diabetes and high cholesterol, and she feels she’s managed to avoid all of the above.

To this day, Ersoy is still surprised by how many adults are unaware of what happens in the meat and dairy industry in the US. She might tell them the timeline of a mother cow: Usually, they’ll think cows naturally produce milk, and don’t know they have to be pregnant first. “It’s that moment when they realise it — you can see it in their face,” she says. “It’s like: ‘Oh wow, I’ve been lied to my entire life.’”

Olivia Rafferty
Olivia is the Assistant Editor of The Vegan Review. An aspiring Middle Eastern correspondent currently studying journalism at City, University of London, she is passionate about the planet, she believes veganism is the first step to solving the complexities of climate change.
Previous articleHow to throw a vegan, cruelty-free and eco-friendly Christmas
Next articleGood Catch: what is plant-based fish made of and does the taste hold up?