Giving up cheese the biggest challenge for Brits to go vegan, finds study 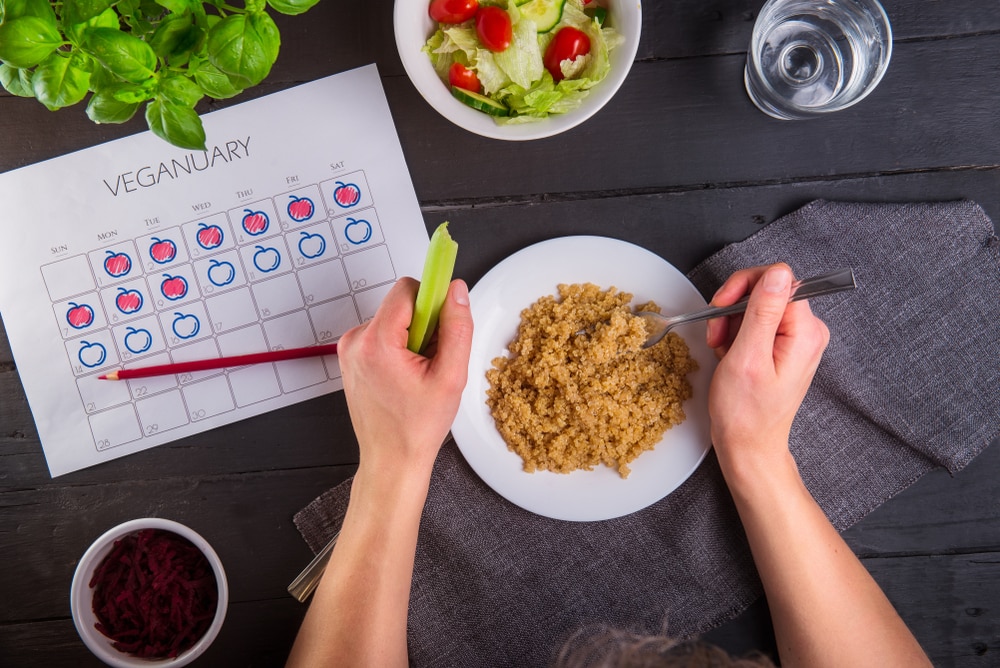 Cheese remains the biggest obstacle for people considering going vegan, while the average Brit only lasts eight days into the Veganuary challenge.

Four in 10 people in the UK wouldn’t consider going vegan as they would miss cheese, eggs and milk too much, according to a new study.

In the research of 2,000 adults that revealed the top foodstuffs Brits would miss if they went vegan, cheese topped the list, with 56% people saying they love it too much to give it up and go vegan. 48% find it really difficult to give up eggs, while a quarter wouldn’t do without cream.

Additionally, the study carried out by OnePoll revealed that if people attempted Veganuary, the average Brit would only last eight days before succumbing to their old cravings. Despite these concerns, a fifth of the surveyed Brits are considering participating in the 2021 campaign, which is Vegnuary’s biggest so far. Over a million people have already signed up, but it is believed that many more are unofficially carrying the challenge out.

One in ten Brits have tried Veganuary in the past and not finished it, with the average date of giving up the challenge being January 12. Catherine Lloyd from Elmea Plant, which commissioned the study, said: “It’s fascinating to see that such a big proportion of the UK population is planning to take part in Veganuary this year, but that many don’t expect to make it even halfway through the month.”

She added: “It was good to see the results finding that people are willing to try vegan foods, even if they wouldn’t adopt the lifestyle completely.”

Despite their love for and trials in giving up dairy and cheese, 70% of the participants agree that vegan products are easier to get a hold of than ever before. And indeed, the pandemic has seen a massive surge in people’s interest in veganism.

Interestingly, over a third of adults are reluctant to eat more vegan food because their family or partner wouldn’t go for it. But 39% said they would try more plant-based alternatives if they couldn’t taste the difference with their conventional counterparts, while more than one in ten say they have had an animal product secretly replaced with a vegan ingredient by a family member or friend and didn’t notice.

Lloyd said: “For many, taking part in Veganuary may not be so easy, especially if it’s the first time you’ve tried to swap out dairy and meat products and are not used to plant-based cooking.”

Here is the list of the top 40 foods Brits would miss if they went plant-based for Veganuary:

Anay Mridul
Anay is journalism graduate from City, University of London, he was a barista for three years, and never shuts up about coffee. He's passionate about coffee, plant-based milk, cooking, eating, veganism, writing about all that, profiling people, and the Oxford Comma. Originally from India, he went vegan in 2020, after attempting (and failing) Veganuary. He believes being environmentally conscious is a basic responsibility, and veganism is the best thing you can do to battle climate change. He gets lost at Whole Foods sometimes.
Previous articleVegan food staples for the cold winter days
Next articleExclusive: OmniPork founder David Yeung talks UK launch