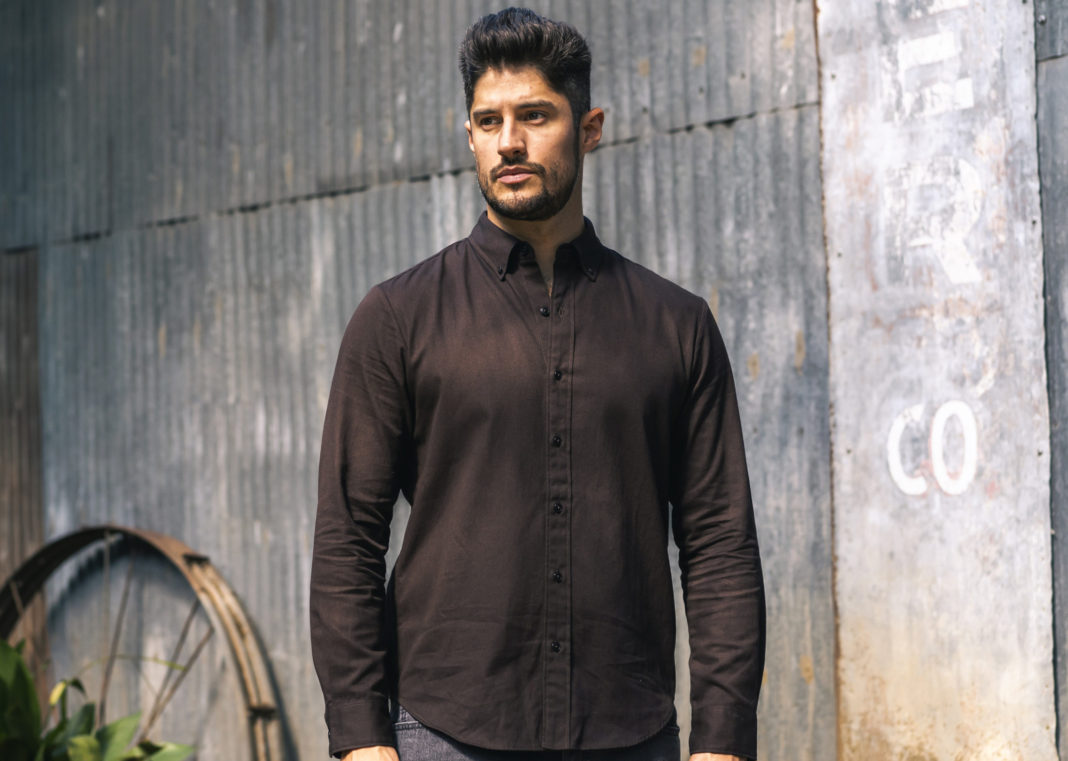 We absolutely love stories like this – of companies that are creating truly groundbreaking products in order to protect our planet! So…with that intro, let’s look at Gomorrah, a New York-based organisation, founded in 2020, that sells luxury, plant-based, compostable clothing and has recently launched its 100% compostable menswear line!

The clothing is made out of 100% organic material, with the collection starting with two products – a fully compostable t-shirt, and a Lakeside Button-Down shirt, which will be available by Spring 2023. Of course, it goes without saying that the collection is entirely vegan-friendly.

“It’s vital to not place undue stress on the environment in the interest of business and profit. We’re at a point where human activity is the number one driver of planetary change. Traditional garment making is emission heavy and unhealthy for factory workers and their surrounding communities. Clothes are polluting the earth throughout their entire lifecycle, with 50 percent of all plastic microfiber emissions occurring while on the body. So we eat, breathe, and drink our clothes. It’s in our lungs and blood. Additionally, we’re sending plastic back into the ocean during every wash.”

It’s estimated that Americans buy around 70 garments of clothing each year, which is an increase of five times that of the 1980s. Moreover, we throw away around 36kg of clothing at the same time. What Gomorrah wants consumers to recognise is how clothing companies operate, with the aim of educating consumers on the effects of the throw-away culture that we currently live within.

So rather than just making eco-friendly clothing, Gomorrah is going that step further by considering garment disposal, creating products with an entire lifecycle in mind. The notion being that once we are done with them, the earth can take back what it needs.

In terms of materials used, Gomorrah sources only high-end, plant-based products that are completely safe from a human-ecological standpoint, even as far down as the thread, labels, clothing dye, and buttons.

“Gomorrah is working to solve post-consumer textile waste and the stress Americans are placing on other countries as a result of our consumption habits,” added the Co-Founders. “The answer isn’t to stop purchasing clothes and put millions of people out of work, but to disrupt an industry, surface a model, and have consumers make demands of other brands through the power of their dollars after they see that the model works – and that it even works in the luxury apparel space.”

Alice Soule
Alice Soule is a Writer and Editor, and graduated with a BA in Social Policy. She is passionate about veganism and animal rights but equally has a love of sports, reading, and drinking tea. Alice is a perpetual dreamer and recently finished writing her first novel. As yet to be published...because she's already dreaming up the next story...
Previous articleBanza Launches Masterpiece’zas for a Creative Family Meal
Next articleVegan Hart House Restaurant Opened by Kevin Hart