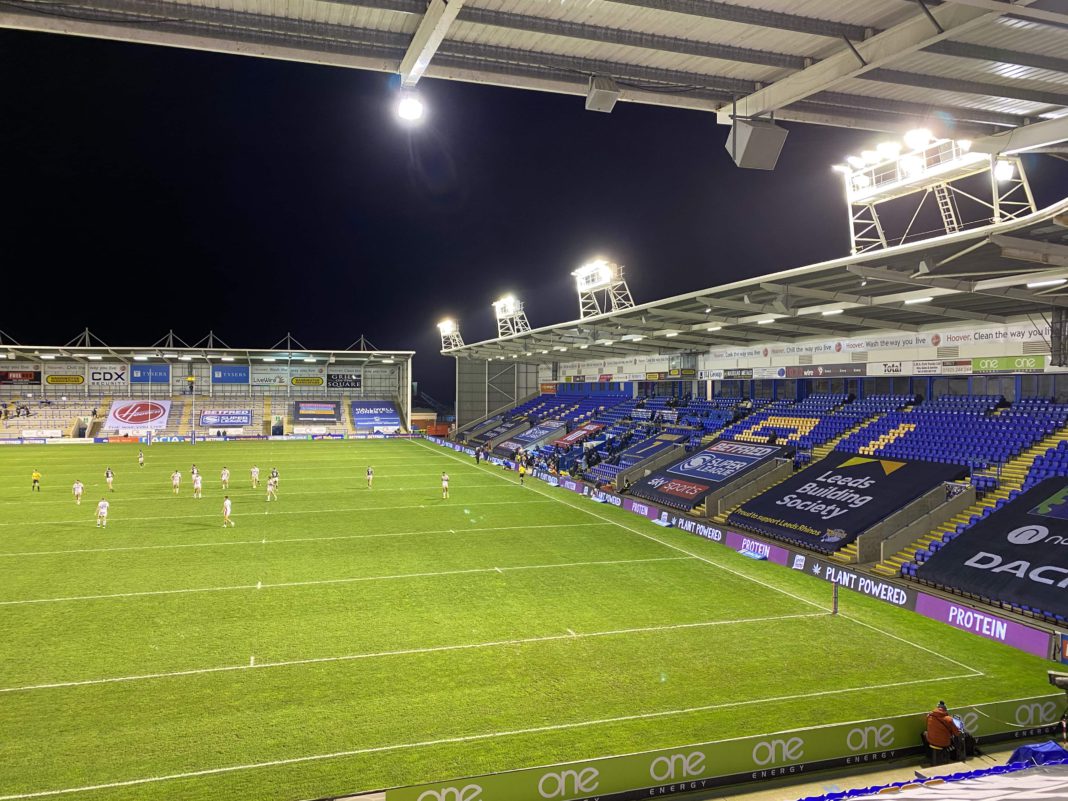 Plant-based brand Good Hemp is foraying into sports advertising with deals with Sky and ESM across the EFL Championship and Super League.

This is a larger effort by Good Hemp to penetrate sports advertising, after advertising in two Rugby Super League games at the end of last season. Spanning eight months, its advertising effort begins with perimeter spots at EFL Championship matches and TV and pitchside presence at the Super League, whose season started this weekend. The perimeter advertising will entail 100 metres of animated digital LED signage in the front row of the ground, opposite the main Sky Sports TV camera arc.

“At the end of last year, we speculatively took some ad space at two Rugby League matches, which were broadcast on Sky. There was a surprisingly strong reaction,” Ben Cooper, head of brand at Good Hemp, told The Vegan Review. “It wasn’t a massive sales surge because it wasn’t a response-type campaign. But there was interest and awareness, much of it through social media. It pointed to a strong potential for this type of marketing spend.”

The Devon-based brand is keen to increase its healthy profile across milk, CBD and protein with the sports sponsorship and advertising strategy. “Sports advertising makes sense for Good Hemp, a brand which supports health and nutrition,” said Cooper. “There’s a natural affinity between sports and those foods that are good for you. It just makes sense, much more sense than the tobacco and alcohol brands, which used to dominate sports advertising.”

He added that he expects more vegan businesses to enter into sports partnerships and promotions. The advertising spend puts the plant-based brand in front of six million British sports fans who are “as passionate as they come”, a number that is set to increase as crowds return to stadiums and reopened pubs. The strapline ads will read: “Nothing changes if nobody changes”, “Plant Powered Protein” and “Plant Powered Hemp Milk”.

To double down on its efforts, Good Hemp is also looking for sportspersons to represent healthy and sustainable living through the brand, including surf and mountain bike talents. One of its brand ambassadors is professional boxer Ace Adam, who is also a part-time careworker.

Anay Mridul
Anay is journalism graduate from City, University of London, he was a barista for three years, and never shuts up about coffee. He's passionate about coffee, plant-based milk, cooking, eating, veganism, writing about all that, profiling people, and the Oxford Comma. Originally from India, he went vegan in 2020, after attempting (and failing) Veganuary. He believes being environmentally conscious is a basic responsibility, and veganism is the best thing you can do to battle climate change. He gets lost at Whole Foods sometimes.
Previous articleRecycled plastic clothing: a sustainable revolution or just greenwashing?
Next articleThe 9 best mobile apps for vegans