What graduates learn from the world’s first vegan hospitality course 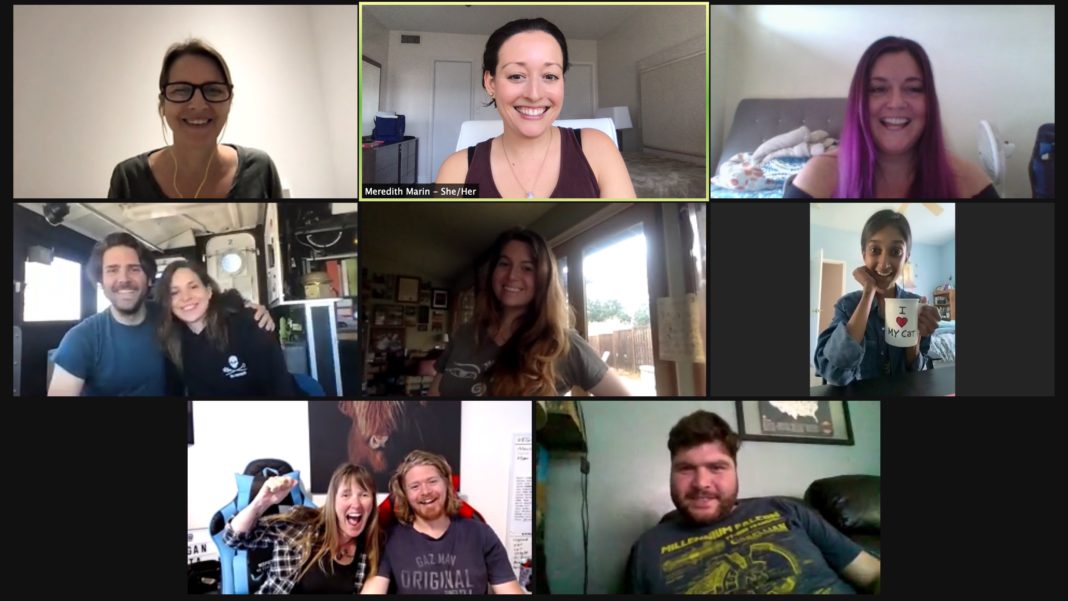 Graduates of the Vegan Hospitality course talk about the need for consulting in the industry and the importance of each module.

“People ask me if I can come to their country and do it,” Meredith Marin said. “I could have had a reality show about it. But it’s not going to create a vegan world the same way as if I train local people to make changes in their own communities.”

It was February, and the vegan entrepreneur and hospitality consultant was talking to me about her journey to making Aruba the Caribbean’s most vegan-friendly island. To her, sustainable change meant building from the ground up, both locally and around the world.

And it’s why Vegan Hospitality, a consultancy service training vegan entrepreneurs and hospitality professionals, came about.

“I would meet up with vegan tourists in Aruba and they’d tell me they are sad to go home and know they’ll have fewer vegan options after they leave their vacation,” she tells me now. “And they were coming from places like New York and San Francisco! I couldn’t believe it.

The difference, they’d say, is that instead of having a couple of great vegan spots, plant-based dining was mainstream in Aruba. “They could dine with their families at the same places their grandparents had been going to for 20 years, but now they could be accommodated there as well,” explains Marin.

Instead of travelling to different countries, her background as a social worker and belief in community empowerment meant helping people start their own businesses and support themselves — as she had been able to — was a better way to go about things.

Read our interview with Meredith Marin’s about her work in Aruba.

Coursing through veganism in hospitality

“With each week’s lesson, we would have follow-up tasks to complete and a Slack thread to communicate and share how we had done that week,” says Gareth Scurr from Auckland, who enlisted with his partner, vegan activist Jackie Norman. “There are also group-sharing sessions and personal coaching calls periodically throughout the course to help with issues that have come up or share wins.” 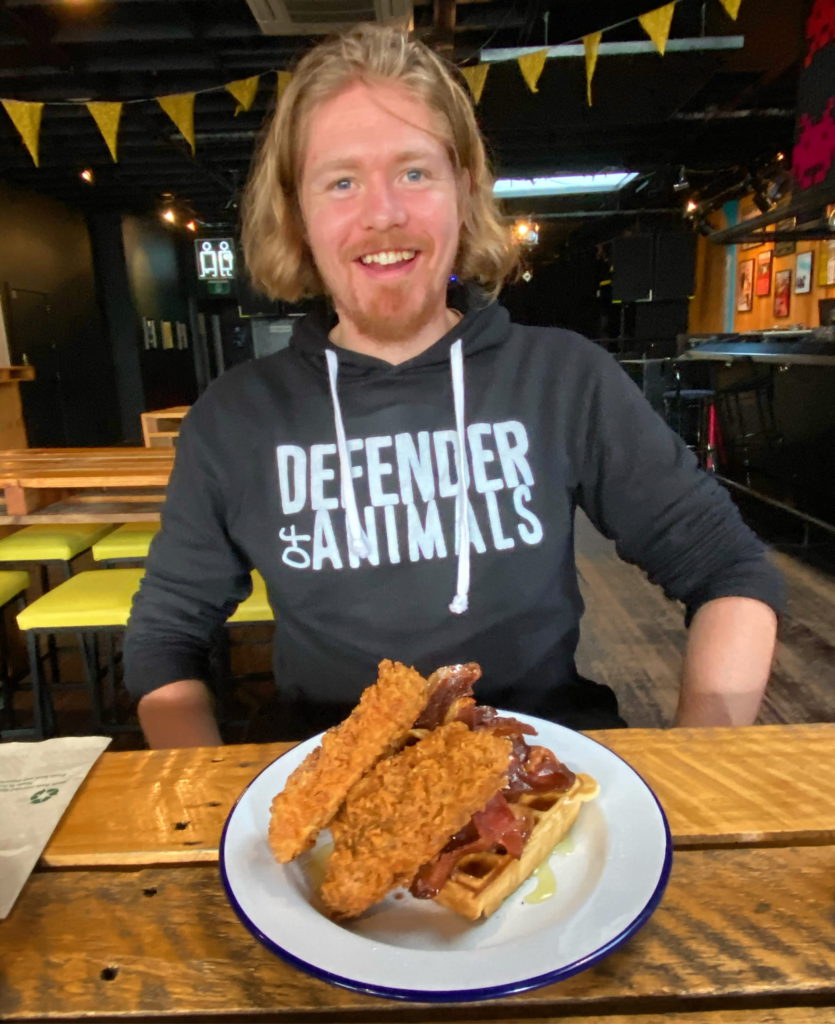 Between the fifth and tenth weeks, the students go through what Marin says is the heart of the course, the High Impact Consulting Method. It’s a term she uses for the tactics she employed to help make restaurants vegan-friendly.

“The steps I teach are the same steps I used when I worked with restaurants,” she says. “I worked with both small and large restaurants, from seafood to Italian and French, from breakfast, lunch and brunch to dinner. So I knew this method would be successful in different settings.”

It focuses on taking hospitality businesses “from zero to vegan-friendly” through professional menu evaluation, recipe development, product sourcing and supermarket tours, chef and front of house training, menu writing and labelling, as well as event planning.

In the final two weeks of the curriculum, Marin shows you how to increase demand for vegan food in your community and work with supermarket clients. Each class runs for 90 to 120 minutes, and only 10 people are accepted into each cohort.

Scurr says there is no pressure along the 12 weeks to constantly be moving forward and grabbing clients immediately. “Your progression moves at your own pace, but you are supported throughout.”

Vince Reardon, a student from New York City, concurs. “I was able to track my progress throughout the training by pacing myself. My biggest concern was that many things I had been working on over the previous year would get in the way, but I was able to step away temporarily and complete the training.”

Reardon joined the course after a trip to Aruba inspired him. For Shriya Swaminathan, who is from St Louis, Missouri, it was out of frustration. “It’s a relatable experience for vegans,” she tells me. “When we dine out with non-vegan friends, we end up splurging on cheeseless pizza or a pasta and tomato sauce that could have easily been made at home much cheaper.”

She came across Marin when searching for programmes to apply for to help businesses step up their vegan offerings. She says the industry can easily navigate through the changing times with the right support: “It’s one thing to recommend your favourite brands, but it’s a whole different approach when taking in the perspectives of these businesses that have no idea how to cater to vegan customers.”

Scurr adds: “I have always believed that food is a great way to open the conversation towards veganism by introducing plant-based alternatives and dispelling the narrative of animal products being needed on the plate.

“It’s all too easy to grumble and mutter about the bad service, lack of options or outright dismissal of plant-based options when eating out, but learning to engage with businesses and bring about [an] understanding of what they and their client are missing out on in a positive and constructive way is invaluable to our movement.”

Overcoming obstacles and carving a path

For both Scurr and Swaminathan, the biggest challenge was overcoming their limiting beliefs. “I always labelled myself as being social media shy, constantly worried about embarrassing myself and others’ judgements,” explains Swaminathan.

Scurr says Meredith relieves that challenge by incorporating mindfulness into the training and presenting it in a way that empowers you. Swaminathan agrees, saying: “I’ve started to believe in myself and am discovering a confidence I hadn’t let shine. Putting myself out there was so scary at first, but now, I feel empowered with a single IGTV video.” 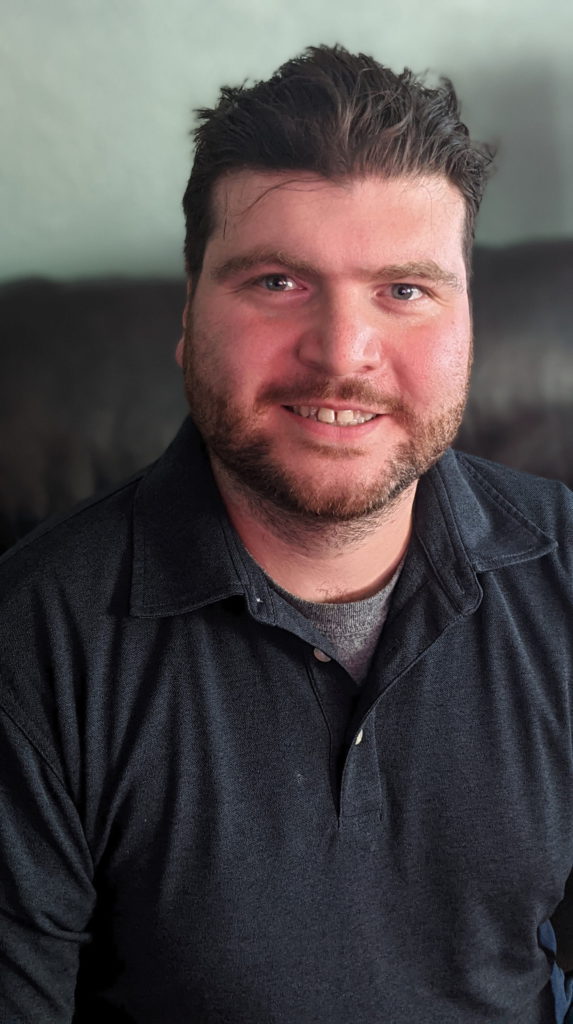 Reardon says that while the pandemic has hindered progress in terms of practising what the course has taught him, the gradually lifting restrictions have given rise to a few meaningful conversations with hospitality businesses. He hopes to build a vast network of clients and apply all his learnings to the real world.

Swaminathan says the possibilities are endless. The cause she holds most dear is helping vegans recover from eating disorders, by working with the nutrition and culinary staff at recovery centres like Alsana.

While her heart is with local food businesses and helping them cater to vegan demand, she says working with larger hotels and spas would also be a great way to broaden the consulting services: “Often, complimentary breakfasts for vegans end up being toast, fruit and oatmeal, while others have a full spread and a build-your-own waffle bar. Hopefully, I can incorporate travelling around the country and the world with ensuring that vegans aren’t left out of traditional experiences.” 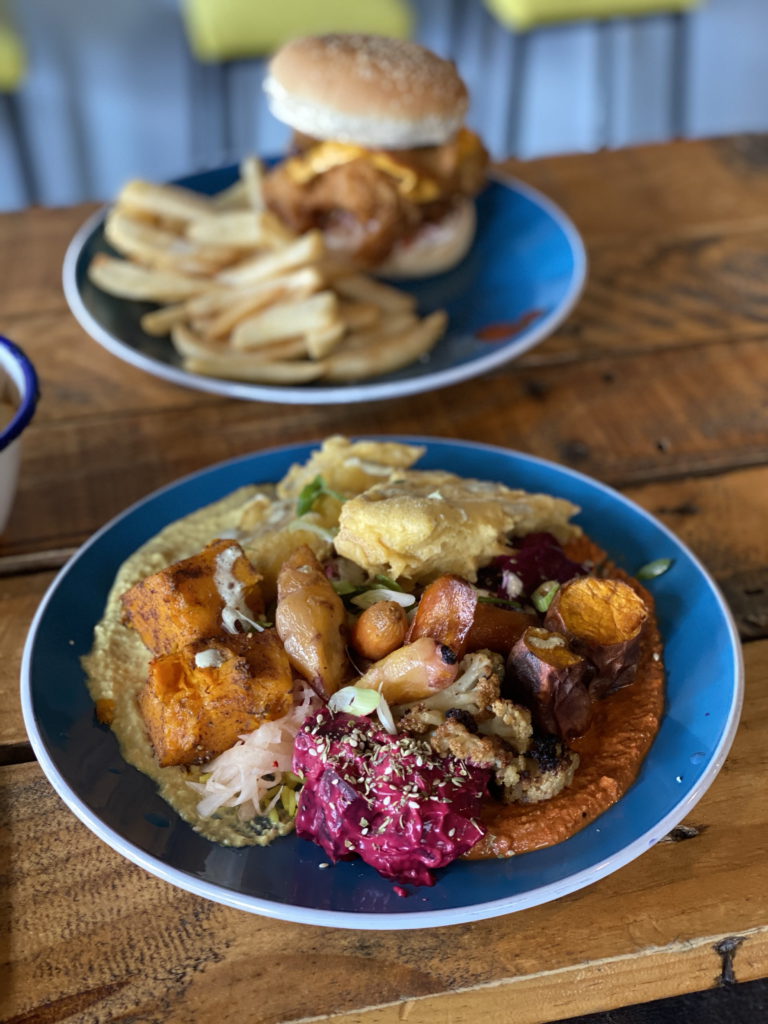 For Marin, the highlight of the course is meeting vegan activists from the world over. “This community is incredibly inspiring and I pinch myself every day trying to figure out how this is real, how I was able to bring together this beautiful team of changemakers,” she says.

She adds that this phase of training is just the beginning. “The deeper work is on its way, and we will be working together for years to come until we work ourselves out of business, if you know what I mean.”

Anay Mridul
Anay is journalism graduate from City, University of London, he was a barista for three years, and never shuts up about coffee. He's passionate about coffee, plant-based milk, cooking, eating, veganism, writing about all that, profiling people, and the Oxford Comma. Originally from India, he went vegan in 2020, after attempting (and failing) Veganuary. He believes being environmentally conscious is a basic responsibility, and veganism is the best thing you can do to battle climate change. He gets lost at Whole Foods sometimes.
Previous articleInside the Vegan Trademark’s certification process
Next articleTheVeganKind raises £3.5 million in Series A funding