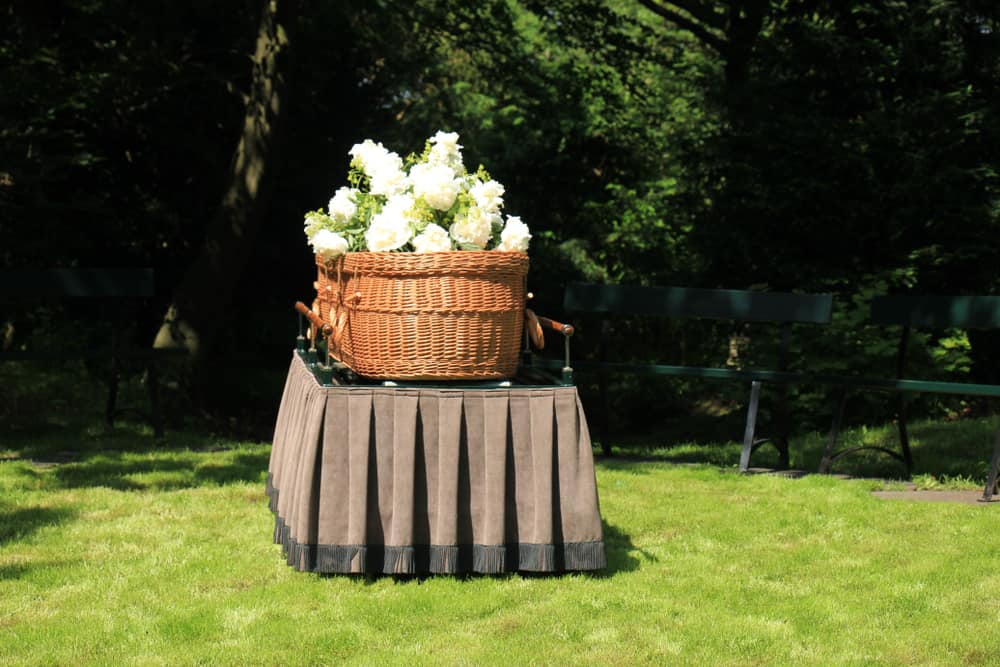 Sooner or later, we all will die, and many people want to give one last hand to nature and use their burials for rewilding purposes.

Although it can be morbid for some, it’s one of the few appointments no one would miss. Indeed, many are planning to honour their last rites in an eco-friendly manner: they’re choosing a green burial.

Rosie Inman-Cook, manager at Natural Death, recently lost her mother, who was 93. She had a peaceful death in her own bed. Inman-Cook washed and dressed her mum herself: “[I] put on some makeup and placed her body in a natural, woven coffin. Her granddaughters decorated the coffin with foliage from her garden. It looked beautiful. Her local vicar gave her the Christian committal she wanted, and we lowered her into the ground.”

This was to reduce the impact throughout the farewell process, which might be bigger than expected. Usually, the first step is embalming the body to preserve the its outlook. The traditional embalming fluids contain formaldehyde and methanol. Inman-Cook used ice packs, and she said it worked really well. That way, she avoided toxic fluids that pass through to the soil. Those chemicals are highly poisonous.

Most people follow the Biblical saying and purify their souls with fire: “Ash to ash, dust to dust.” However, cremation may not be the most ecological solution. Like electric cars, it all depends on how you produce the energy it needs. The oven needs to be on for two or three hours at more than 800°C. It’s fuelled by oil, gas, or propane. On average, that means a release of up to 400kg of CO2 into the atmosphere per body.

In burials, the environmental impact of the coffins could include metals, the chemical products used to embellish the wood, synthetic textiles, as well as where the body rests.

What are the sustainable alternatives to traditional burials? 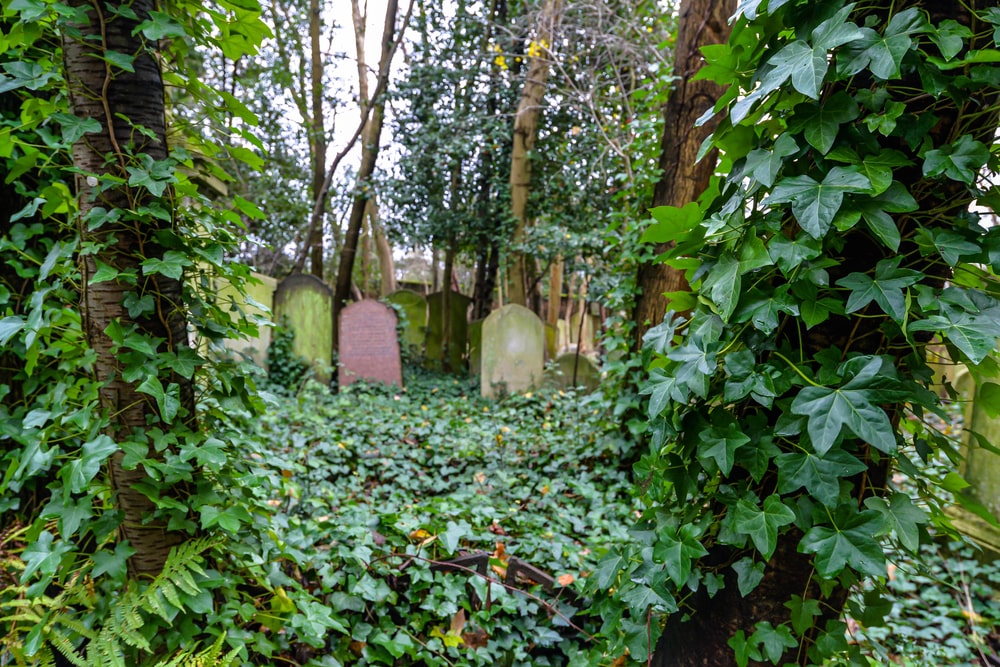 Even after death, every choice can have an impact on the environment. The most important thing, all funeral directors agree, is to make well-informed decisions and always follow the wishes of the deceased.

Inman-Cook claims that due to the pandemic, many funeral firms provide poor service and don’t treat bodies respectfully or look after them: “There are no laws or even guidelines from the government that tell you that the bodies of those who die of Covid-19 cannot be removed from the body bags. This means that the tens of thousands of people who are dying of this are being sent for burial or cremation with breathing tubes, catheters and other hospital apparatus still in situ.”

In a traditional green burial, the body is simply placed in a biodegradable container. It’s then put in a gravesite to decompose fully and return to nature. So, choosing a proper location is important too. These could include mown wildflower meadows, field sites with new woodland or manicured parks. As the natural burial ground movement is growing, so is the range of management styles, permitted memorialisations and planting policies. Thankfully, cemeteries are one of the most respected natural places, where wildlife is vibrant.

How natural death is different

Will Brown, founder of Return to Nature, reiterates that the key thing is to respect the wishes of the person who has died, and celebrate their life in the most meaningful way possible. 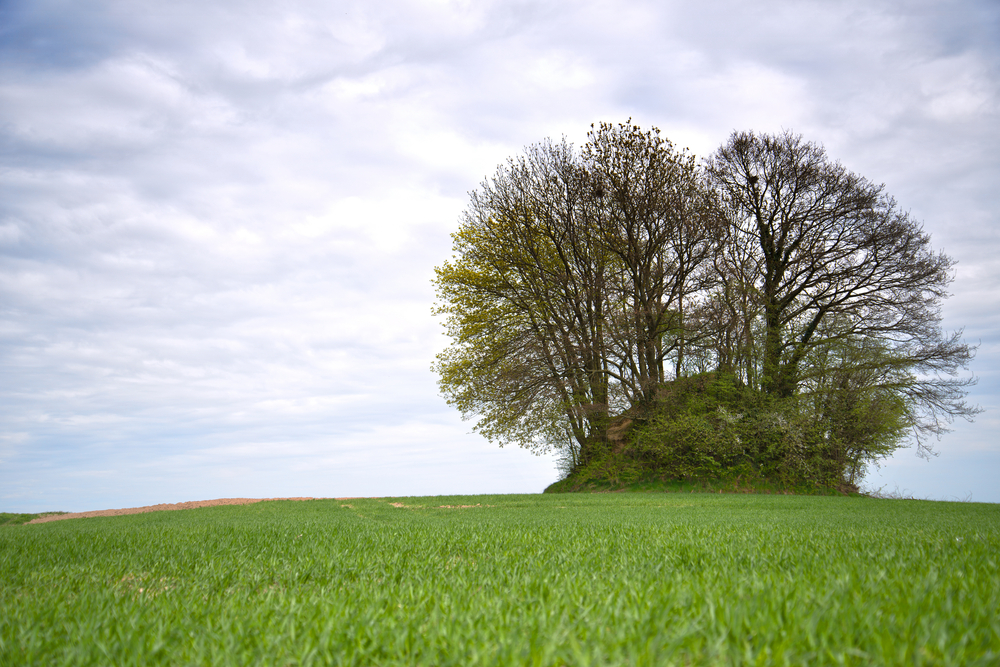 He started the project in Scotland, which aims to rewild the degraded soil with those bodies who want to provide the last bit of help they can. Following the green burials guidelines, he wants to avoid all environmental impacts. “Return To Nature negates these impacts by following natural burial practices, and even goes beyond carbon footprint minimisation to carbon capture.”

The organisation’s burials aim to ecologically restore the land following rewilding principles of creating the conditions for nature to heal itself. It has kickstarted the project with a waiting list to gather as many people as possible, and plans to launch it by the end of 2021.

“Reforesting an acre of land per burial means that a Return To Nature burial will capture between a quarter to a third of your lifetime’s carbon emissions over the next 100 years.”

Besides tradition, culture, or beliefs, the idea of being back to the Earth might be inspiring. Those who are concerned about their footprint won’t find anything more appealing than their bodies working to give life to a new tree, plant or bush, and help the wildlife. The loop becomes complete; from death, a new life comes up.

Juanele Villanueva
Juanele Villanueva is a freelance journalist passionated with Environment Affairs. He is originally from Spain and started to be interested in the Environment and sustainability when he was in his masters at the University of Salford. His goal is to share stories which change the general belief that being eco-friendly is just for wealthy people. Moreover, the vegan diet is the easiest step that everyone can do to reduce its environmental footprint. He is also interested in conservationism, recycling, renewable energies and environmental policies
Previous articleGoonj’s Vaapsi: restoring India’s rural economy by promoting green living
Next articleWhy veganism can be associated with classism