“Even though people still had the choice to choose animal products, more than 50% were choosing plant-based meals while only 1% of patients identified as vegetarian or vegan.”

Despite years of campaigning from organisations like the American Institute of Cancer, healthcare providers have been slow to publicly acknowledge the role that food and nutrition plays in lifestyle-related diseases, and the potential of food to reduce the risk of these diseases.

NYC Health + Hospitals serves approximately 4 million meals annually, which means between 600,000 – 800,000 meals are expected to be made plant-based each year. As well as health related benefits, plant-based options are significantly less taxing on the environment with a carbon footprint of 50% less on average than animal-based meals.

The diversity has been a welcomed change for patients with 95% of them responding positively to NYC + Hospitals new menu change.

“These menus are a welcome shift from typical hospital foods that Americans famously dread,” said Katie Cantrell, Co-Director of Greener by Default.

The Greener by Default team offers consulting to institutions to help make the shift to plant-based menu options and has worked behind the scenes with NYC Health + Hospitals for almost a year on menu design, recipes, and training staff on how to talk with patients and the media about the program.

Due to the potential to impact several meals at once, institutional food policy work like Meatless Monday or Green Monday has the potential to rapidly impact the overall growth of plant-based melas in food service. 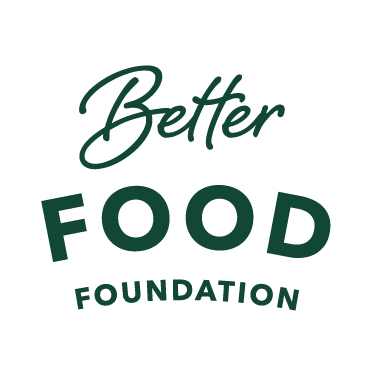 “Our work is about bringing around a world where plant-based foods are normal. We’re about trying to get society past a tipping point,” said Jennifer Channing, Executive Director of Better Food Foundation. “It’s been the case that folks tend to be intimidated by the idea of going vegan or adopting a mostly plant-based diet and we think it’s very realistic that in our lifetime that tipping point will be crossed and we’re going to live in a world where it’s very normal to go to a hospital or university dining hall and be served plant-based foods as the norm.”

When asked of the objections regarding the program, Channing said: “Objections often come at the very beginning before the change is implemented because leaders don’t believe that plant-based foods will be as popular as they are. They are used to presenting options as healthier options and having pushback against that…

“Our work has shown that when the dining service presented plant-based foods as the norm that people would receive automatically, even though people still had the choice to choose animal products, more than 50% were choosing the plant-based meals while only 1% of patients identified as vegetarian or vegan.”

Damoy Robertson
Damoy Robertson is an entrepreneur and founder of The Vegan Review. Damoy is dedicated to spreading veganism to the masses which he believes will enable people to make better, more informed decisions concerning the way we all interact with animals and our planet.
Previous articleBada Bean Bada Boom! Check Out This New Rebrand
Next articleThe Best Vegan Friendly Restaurants in NYC