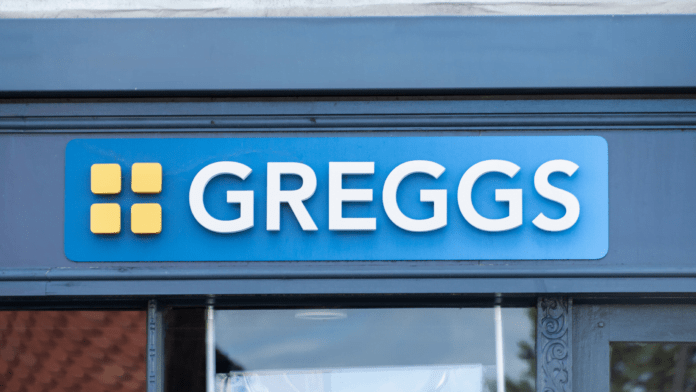 ‘Finally tried the vegan doughnuts from Greggs and I can confirm I am addicted’, tweeted one person, while another one added: ‘Greggs vegan doughnuts are to die for.’ Those were the kinds of reactions Greggs received from pastry fans who took a bite from the glazed ring doughnut that happens to be vegan.

Following the huge success of the vegan sausage roll, the popular bakery chain, Greggs, stocked up its shelves with more vegan products, including the vegan steak bake and vegan doughnuts earlier this year.

Traditionally known for its cheap bakes and pork sausage rolls, Greggs has added a respectable range of vegan goodies to its menu which lead to a sensational business boom in recent years. Where other high street retailers seemed to struggle, the UK’s largest bakery chain claimed a 31 percent increase in pre-tax profits last year. With the huge demand for vegan products, the company’s total sales grew by 13.5 percent to the year before and reached just over £1billion in 2019.

The social worker added: “The vegan doughnuts are super tasty. I actually gave one to my friend who isn’t vegan and she couldn’t even tell the difference.”

Although Greggs hasn’t released a recipe for the classic yeast doughnut, the sweet vegan treat is topped with fondant icing and is made without the use of dairy or egg products.

What are doughnuts usually made of?

Traditional doughnuts are not suitable for vegans. This is because they contain many different animal products such as milk, eggs and butter. Other ingredients may include baking powder, flour, salt, white sugar, cinnamon or oil for frying. Eating food that is fried in vegetable-based oils is usually unconcerning for most vegans. However, people following a strict plant-based diet might want to make sure that their food was not prepared using butter or tallow. Once fried, the sweet snacks are often finished with frosting, sugar or glaze, while some are filled with cream or another sweet element that may also contain milk ingredients.

What can be used to make vegan doughnuts?

Although a traditional doughnut may not be suitable for vegans, animal ingredients used to prepare the sweet treats can be easily replaced. Eggs usually make up an important element for baking, as they add texture to the rest of the mixture. However, instead of using eggs, vegans can opt for mashed bananas, baking soda, soy yogurt or Egg Replace Mixtures, while milk can be easily avoided using the large variety of plant- based milk alternatives including almond or coconut milk.

The vegan ring doughnuts were sold in over 2000 Greggs stores across the UK for 60p each or £1 for a pack of two. With only 191 calories apiece, the glazed goodness was an irresistible on-the-go snack for many vegans, as well as meat-eaters.

The production of the vegan doughnuts was brought to a hold in March due to heavy storms and the flooding of the company’s distribution centre in Wales and now, most of Greggs outlets are closed because of the Covid-19 crisis. However, with the wide range of substitutes that can be used to replace non-vegan ingredients in plain doughnuts, the future of vegan baked goods looks brighter than ever.