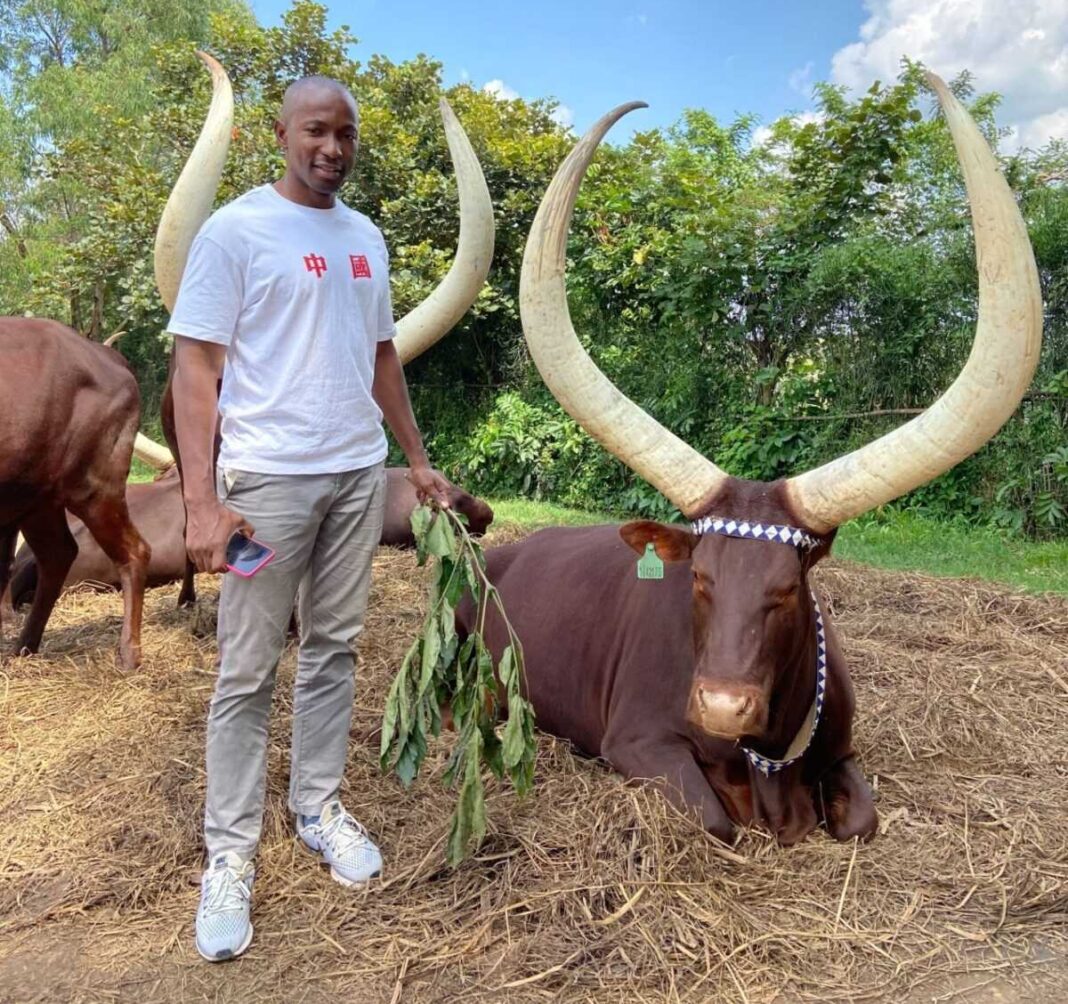 From Guinea, to Rwanda, to China, Abdourahamane Ly has witnessed the great extremes of being a vegan animal rights activist. He believes the root to unlocking veganism for all is empowering minority groups.

“Peer pressure is the biggest problem here in Africa,” says Abdourahamane Ly, as he walks the streets of Rwanda. Just emerging from a strict lockdown, the shouts of people and beeps from the traffic make his voice barely audible. An animal rights activist for over five years now, he says the place where his vegan journey began was Shanghai, China.

Originally born in Guinea, the activist moved to Shanghai to get a bachelor degree in International Trade and Economics. After joining a vegan group in the city with his now-wife, he started to discover animal rights, and just how easy going plant-based could be. He struggled to integrate at first, but 13 years of work later, and after mastering the language, Ly says China has been the easiest place to live as a vegan.

His favourite dish, Chinese spicy and sour shredded potatoes, is a go-to in his household. Despite his African heritage, Ly will always choose Chinese cuisine due to its short cooking time frame. Before the pandemic, Ly travelled to Rwanda for his work in animal rights activism, but he is excited to return to Shanghai after the Chinese New Year — where animal rights liberation shows more urgency.

“The Chinese government is a little complicated when it comes to activism”, says Ly. With countless restrictions and policies stopping any form of extremism, he explains that animal rights are still highly disregarded. The activist currently focuses his energy on animals on the street — ranging from dogs, to cats, to chickens.

His most recent mission was rehoming a chicken in Rwanda, which came from the countryside and was on its way to slaughter. “It’s living a better life now,” he says.

While Ly agrees that the rights of animals are vastly undermined, he doesn’t agree with the extreme activism. He has always found that persuading people over time works better. “Otherwise you can’t even have a conversation with people.”

Starting a conversation in Guinea or Rwanda is a very different story though. While vegan restaurants are beginning to pop up on the Rwandan scene, the activist explains that peer pressure leads communities to remain narrow-minded in the face of veganism. He compares it to China and the West, where people seem to have more “individual opinions”, while vast amounts of Africans are made to believe one opinion only.

“If you have a different opinion, your entire community has to approve it,” he says. “So if you can convince someone here in Rwanda to go vegan, it’s going to take someone with a lot of power to implement it.” 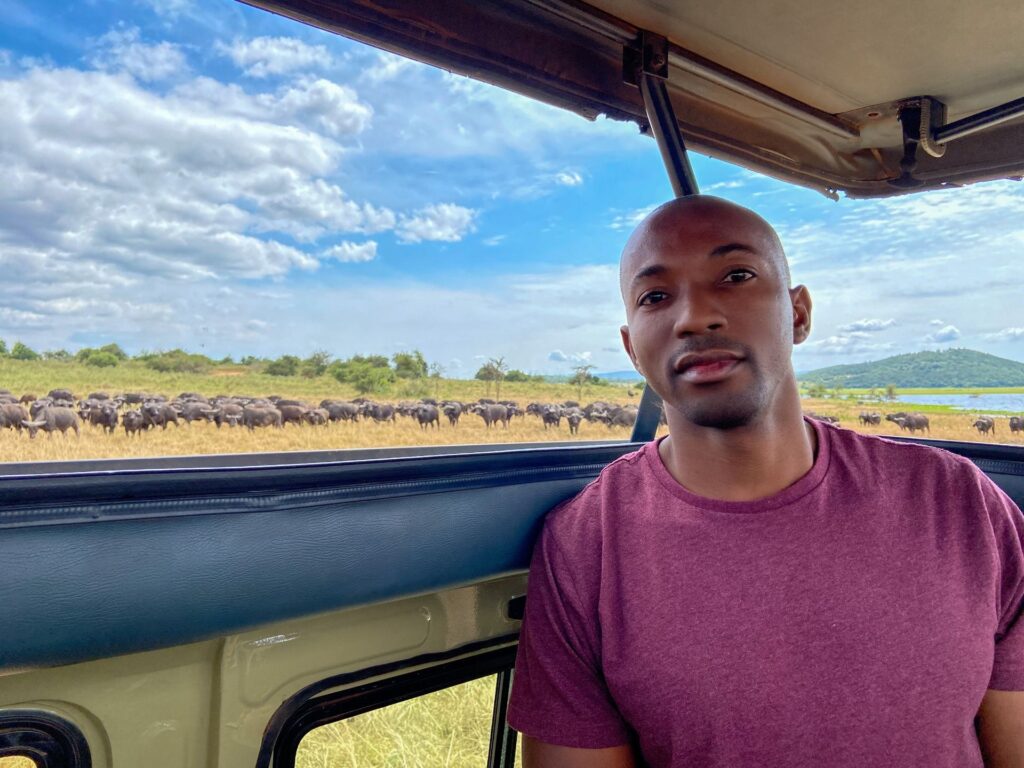 The activist adds that the problem also lies in access and awareness. With a lack of education, people in Guinea find it difficult to understand how you can be vegan and Muslim at the same time. The only factor he believes could change Africans’ minds is reinforcing the health benefits of a plant-based diet.

This summer, National Geographic produced Akashinga: The Brave Ones, a short documentary narrating the Akashinga female rangers from Zimbabwe. Ly says it accurately framed the rangers as heroes, but highly summarised the issues in African culture. And while it was meant to document Zimbabwean women, it was whitewashed.

Given the amazing work in conservation currently being done in Rwanda, Ly says this was a great shame. It fails to acknowledge the difficulties most poachers are in, choosing to villainise them instead. “Most poachers go after animals because it’s the only way they make income,” he explains. “Most times, they don’t have other options.”

In Rwanda, communities are looking to change that. Poachers are given a second chance, and hunting ground is turned into protected parks — where the poachers are employed as tour guides. This way, not only is the wildlife under protection, but the economy is boosted too. While he respects the work of the Akashinga, he doesn’t believe violence is a viable solution.

The activist adds that with Damien Mander, a middle-aged white male, as the face of the team, National Geographic is promoting yet another whitewashed act of animal rights protection. Ly says the way vegan and plant-based media has been presented so far is why a lot ethnic minorities struggle to relate to the movement.

“They think: ‘Oh, it’s a white thing,’ but really it’s about ending oppression and having a better society,” he adds. “Speciesism and racism are definitely connected. If you’re able to make a choice to go plant-based, it’s because you have the capacity to choose.”

A lot of people Ly grew up with would argue that the only way to gain protein is through eating meat. But it’s important this message is changed too: “You can gain all the nutrients you need by consuming plant-based.” Most importantly, the message should be delivered by people from diverse backgrounds. “Only then will we empower more Asians, South Americans, and Africans.”

Much like the chicken he rescued, Ly tells me he has felt better everyday after turning vegan. He knows that his personal journey in veganism is having a large impact on the world around him, but he also knows this isn’t enough. Hoping to someday bring up a vegan family of his own, the activist only has one mission in his career: “Get more Africans to understand veganism.”

Olivia Rafferty
Olivia is the Assistant Editor of The Vegan Review. An aspiring Middle Eastern correspondent currently studying journalism at City, University of London, she is passionate about the planet, she believes veganism is the first step to solving the complexities of climate change.
Previous articleIs yeast vegan or are we doomed to eat unleavened bread?
Next articleWorld Vegan Month: Being plant-based in Mexico