Hailey Bieber announces she is trying to go vegan 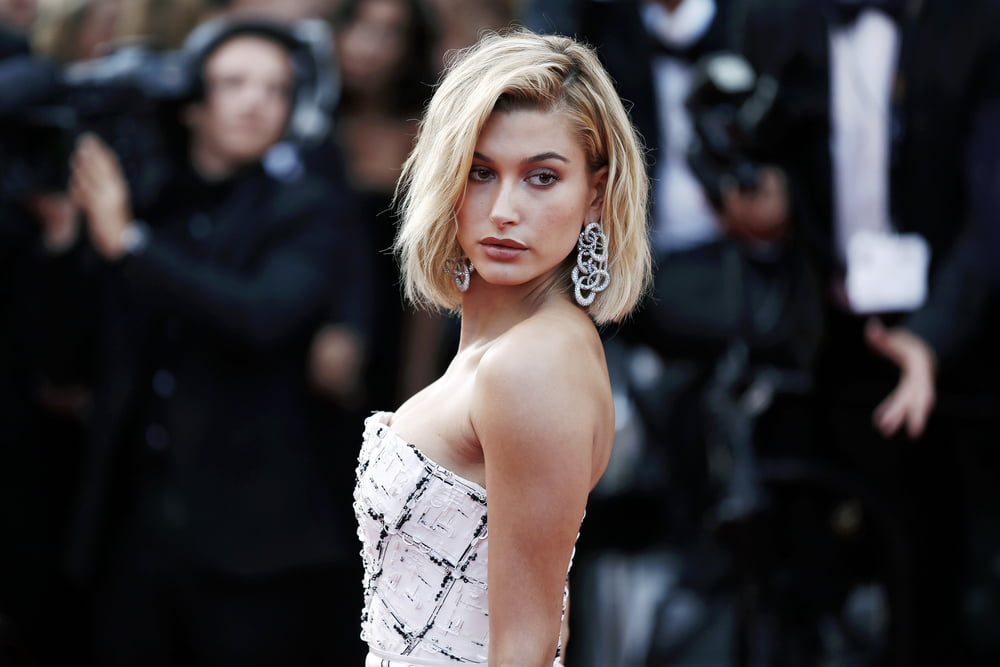 Hailey Bieber has revealed on her Instagram that she is trying to transition to eating more vegan.

American model and television personality Hailey Rhode Bieber has told her 28 million Instagram followers that she will be trying to turn to a vegan diet.

In her Instagram story, the model wrote: “Trying to transition over to eating mostly plant-based, about to watch game changers.

“If you have any suggestions of other things to watch/read send them my way!” 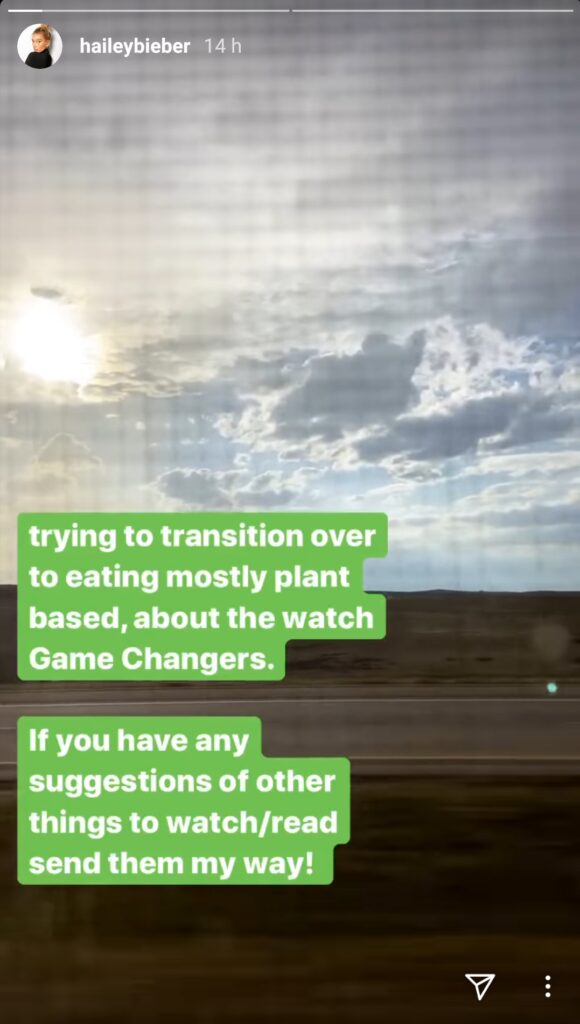 The Game Changers is a vegan documentary showing the benefits behind eating a plant-based diet for athletes. The movie has been known for turning people to veganism due to its persuasive content.

After watching the documentary, basketball player Javier Mojica had announced he “might” go plant-based on his Twitter.

Last year, Bieber had shared on her Instagram story that she was curious about veganism after trying “unbelievable vegan food” from Monty’s Good Burger.

She wrote: “So I’m not vegan or vegetarian. I’m half Brazilian so trust me I love a good pichana…BUT I will say over the last week or so. I have tried some of the most unbelievable vegan food I’ve ever had, and I want to keep exploring plant-based!”

Although her husband, Justin Bieber, has expressed his interest in the diet, the couple did face backlash in October of last year as Bieber bought $35,000 kittens to celebrate his marriage to the model. Animal rights organization, PETA, slammed the singer for promoting a “dangerous demand” for hybrid cars. However, Bieber defended his decision for wanting a “specific kind of cat” and told the organization to “suck it” and focus on “real problems” like “poaching and animal brutality”.

Bieber is not the only celebrity to attempt to go vegan and announce it on social media. In June, American singer, Lizzo announced she is now fully vegan on her TikTok account.

Anam Alam
Anam is a freelance writer for The Vegan Review and a student studying journalism. She is a passionate writer who possesses a range of skills ranging from audio, video, editorial and creative writing. Her goal is to educate the public and the world with stories that she feels need to be talked more about in society.
Previous articleDiary of a freegan: How to eat vegan without spending money
Next articleDÁPPA collaborates with Minor Figures to launch Chai Latte ice cream