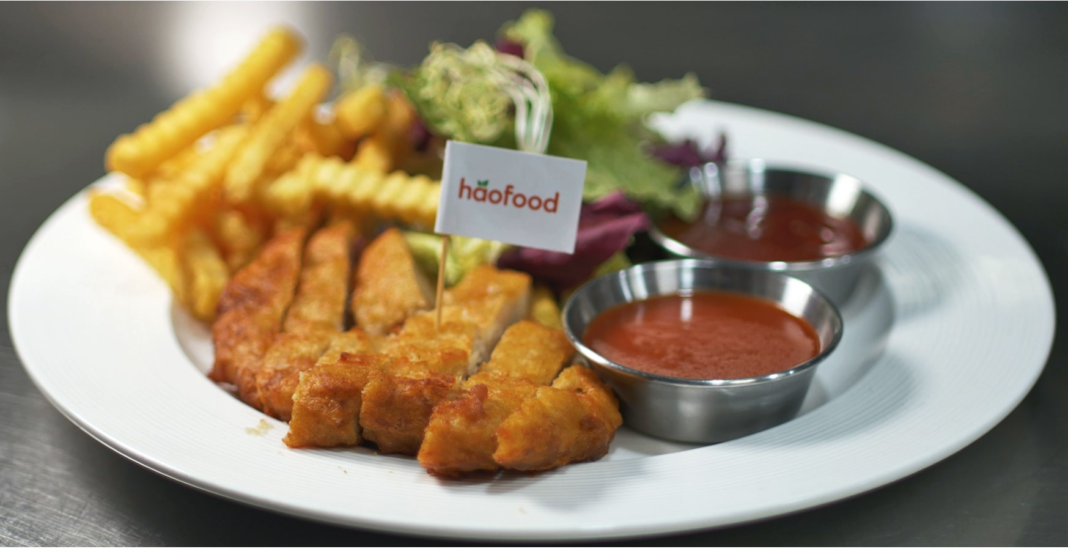 Another vegan success story, Shanghai-based Haofood has created the world’s first plant-based chicken made from peanut protein. Founder and CEO Astrid Prajogo has a deep love for sustainability, wellness and, in her words, “good-tasting food”. She took the plunge into the plant-based sector after wishing to set up a business in China that aligned with her wishes and principles.

“I am not a vegan but I am a foodie. I really love good-tasting food so much, so freaking much!” she exclaims. “But at the same time I know if I keep eating like this, it is not right. We know that animal farming has cost great destruction to our planet and if our home is burning, how can we source great-tasting food?” she questions, laughing. “So for me, plant-based food is the perfect solution to this; it is tasty and sustainable. By making plant-based meat, we can sustain our happiness from good-tasting food longer, and that’s what inspires me to create this.”

The Indonesian entrepreneur moved to China 22 years ago and has had a seventeen year-long career in nutrition, gastronomy, food development and technology before taking the plunge into the plant-based sector. Determined to set up a business in China that appeals to consumers and is ethical and impactful, Prajogo says when she learnt about the plant-based industry, she immediately fell in love with it and thought to herself: “Let’s make it.”

Her first encounter with veganism was through her close practice of meditation. She says “There is no reason not to support veganism. It is the ethical way, it’s right and correct.” 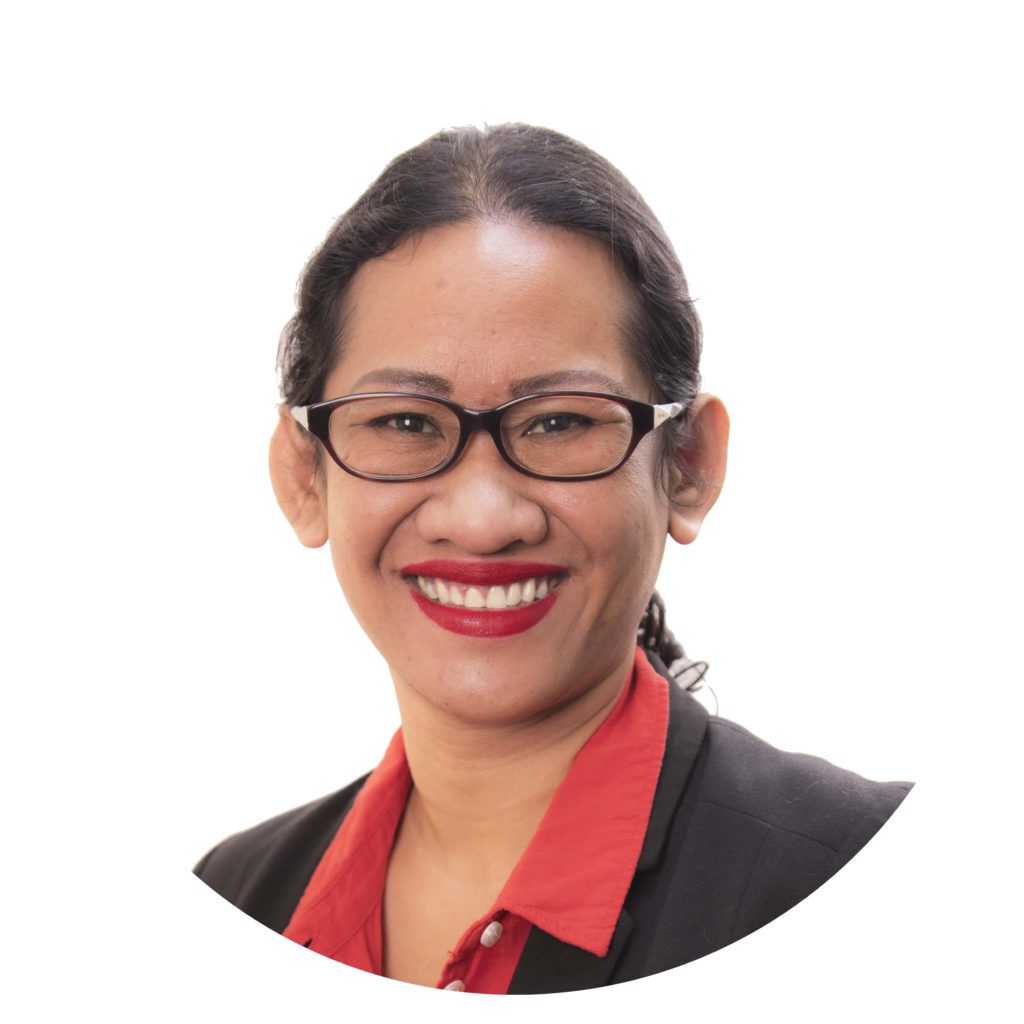 Haofood is a very young company. It was established in April 2020. “Our company’s aim is to help people reduce animal consumption easily and comfortably because it is hard for most people. Fried chicken is comfort food and hopefully, we can provide them with vegan fried chicken, so the journey for them to reduce their meat consumption becomes easier.”

Since then, Haofood has created chicken products that are suited for frying. Its current focus is on chicken chop, a Chinese favourite. The company reportedly uses peanuts as its primary ingredient alongside coconut oil, potato, algae, quinoa and corn. Its product, suited for everything from Japanese katsu to Chinese fried chicken dishes, is said to mimic the taste of the real deal closely. Prajogo says if you don’t tell people that it is made of peanuts, they would not realise it.

She has a crystal clear explanation for picking peanut protein over soy or other traditional meat alternatives. She explains: “To help people reduce their meat consumption, product quality has to be very good and the consumer has to be very happy about plant-based meat. We interviewed more than 100 different chefs and consumers, asking what are the things they don’t like about plant-based meats. And we found out because most plant-based products are soy-based, their taste, aroma and texture reminds them of tofu.

“We are in China; we are the motherland of tofu and we have been eating it for more than 2000 years. It is present in every type of our food, so the taste of soybean reminds them of it. Whereas consumers expect plant-based meat to taste completely different. We understand that and think: ‘Okay, they want a totally different experience, so we need to explore with other ingredients. We found that the peanut was able to give a good structure and create a taste similar to chicken, while being sustainable.”

Interestingly, the vegan startup does not fear food allergies for now. On asking whether peanut allergies will cut their customer base, Prajoga confidently says: “Not a problem in China. Several datasets tell the same thing: peanut allergen levels in China are very, very low. They’re at 0.02%.” She also notes that despite the statistics, there will always be someone with a peanut allergy. Haofood ensures making communication about their key ingredients a priority — “we will always communicate with our customers and consumers that the product is made of peanuts, so the decision is in their hands.”

Read our story on whether China has a plant-based future. 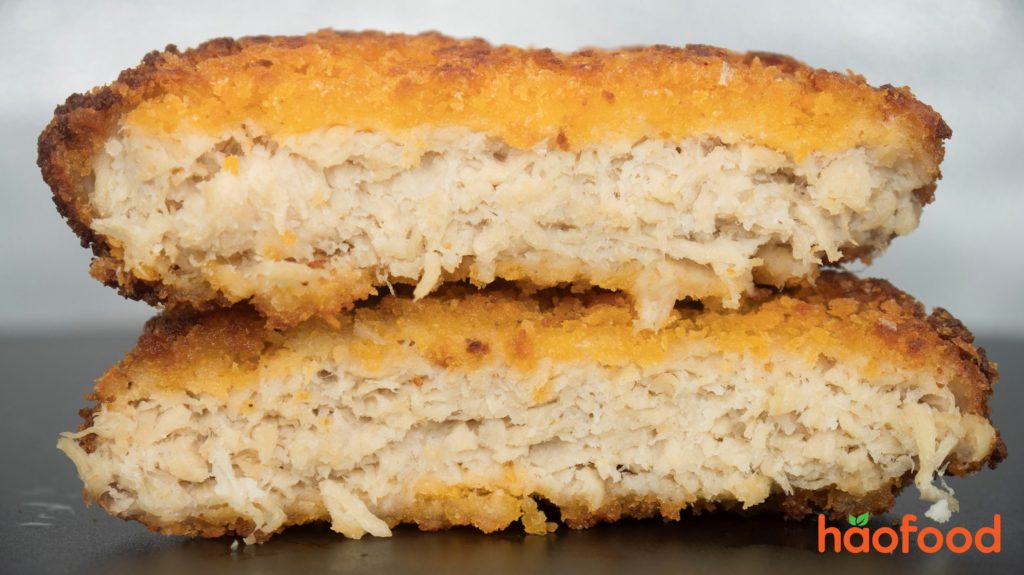 Haofood has distributed its products in over a hundred restaurants for testing so far. Prajogo claims it has received good feedback, with ratings of eight or nine out of 10, possibly due to its innovative product that seems promising to win the hyper-competitive plant-based restaurant industry.

With several other alternative chicken products in development, Haofood plans to hit the global market in a few years too. For now, Haofood’s target market consists of Generation-Z and late millennials living in first-tier cities in China who aspire to reduce their meat intake. “They love to try something new, they love to have a healthy lifestyle and are very thoughtful too because they are concerned about their impact and what they are doing in the future,” explains Prajogo.

Their products are set to launch in restaurants by next month, starting from Shanghai. Haofood will also move to e-commerce platforms by the end of the year. 1kg of this peanut chicken will cost ¥100 (£11.08).

As we reach the end of our chat, Haofood’s CEO shares sime advice: “I would love to encourage others to be more creative. For plant-based meat, there still are a lot of protein sources that are underestimated. Let’s explore those more.”

As for Haofood’s long term vision, Prajogo pauses and smiles: “We want to be the most valuable chicken company without killing a single chicken.”

Muskaan Gupta
Muskaan is a history undergraduate at Lady Shri Ram College, New Delhi. Having grown up in different cities in India, she is passionate about food and culture. When she's not experimenting in the kitchen, you can find her invested in films and music. She is always looking for new things to do, is interested in studying food history and juggles between her love for filmmaking, writing and knowing the quirks of the world.
Previous articleHey, shoobies! These are the best vegan restaurants in New Jersey
Next articleGreenpeace drops boulders into sea to block ‘destructive fishing’