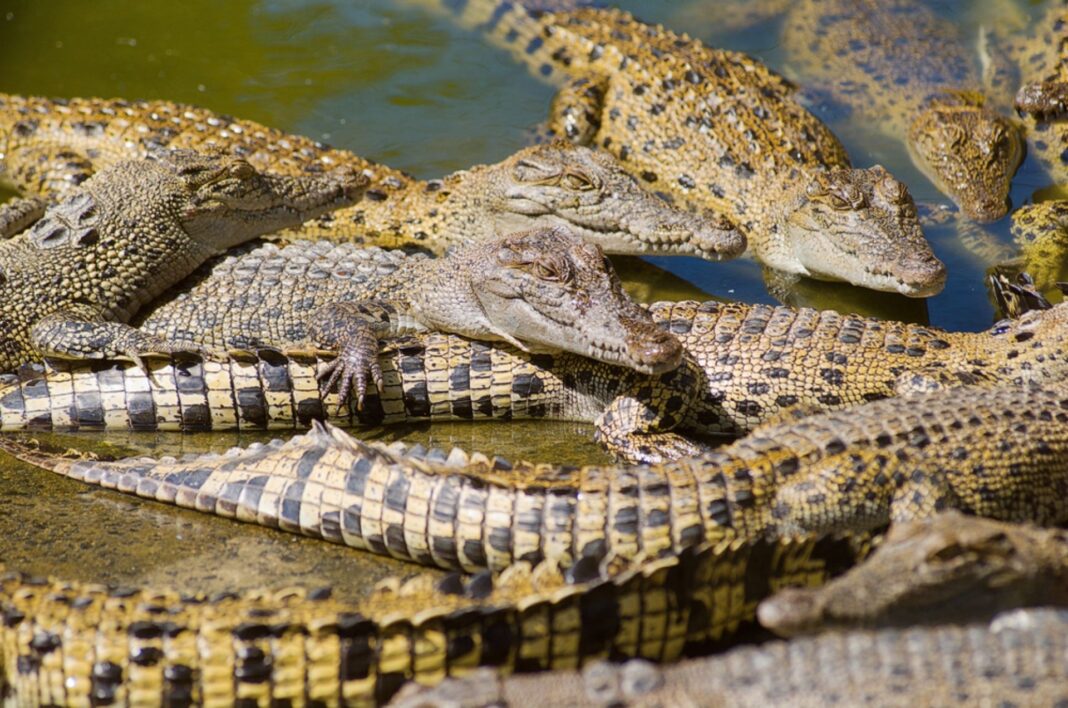 Hermès is collaborating with Mick Burns, a veteran of the crocodile farming industry in Australia, to build the country’s largest crocodile farm.

French fashion label Hermès is collaborating with crocodile farming veteran Mick Burns to buy a farm in Darwin, in Australia’s Northern Territory, and build it into the country’s biggest crocodile factory farm.

PRI Farming, a foreign-controlled company with three key executives from Hermès, acquired the former melon and banana horticulture farm at Lambells Lagoon. The planned facility would be able to house 50,000 saltwater crocodiles, who will be farmed for skin and meat products. The development costs are reported to be around AU$40 million.

The sheer size of the Hermés-backed factory farm would increase the number of farmed crocodiles in the Northern Territory by 50%, according to the ABC.

The ABC report says documents submitted by Burns about the proposed farm reveal facilities that include an egg incubator lab, hatchery, growing pens, refrigerated feed preparation, and storage areas. Approximately 30 people will be employed during full-production, bringing the number of crocodiles from 4,000 in its second year to 50,000 in its fifth.

Apart from Hermès, Louis Vuitton is said to be the other French fashion brand dominating crocodile farming in the region. ABC reported that the handbags made from these crocodile skins could be worth $20,000 to $30,000.

PETA is calling on Hermès to stop fuelling the crocodile skin industry. Its US arm is a shareholder for Hermès to discuss the issue further. Speaking to The Vegan Review, PETA Director Elisa Allen explained why brands are moving away from such products: “Exotic skins are falling out of favour with high-end fashion brands. Labels such as Mulberry, Paul Smith, Victoria Beckham, Chanel, and Diane von Furstenberg have all banned exotic skins in recent years.

“As experts warn that the trade may be connected to public health risks such as the COVID-19 pandemic, it’s clear that the way we exploit other animals isn’t just cruel and environmentally damaging – it’s dangerous to humans as well.”

She added that there are many vegan leather options available everywhere, made from apples, pineapples, cork, wine grapes, mango and cactus.

“Every PETA exposé of the exotic skins industry has shown that no matter where skins are sourced from — or the ‘standards’ touted by brands — highly intelligent, sensitive animals endure squalid imprisonment and a violent death,” said Allen. “From the moment they hatch, farmed crocodiles are denied everything that’s natural and important to them, confined to small concrete pens, and unable to swim free. When they’re killed, their snouts are bound and they’re electrocuted or shot and then stabbed in the neck to sever the spinal cord.

“PETA and our international affiliates will continue to urge brands to end their use of exotic skins in order to protect animals from a life of misery and a horrifying death. We’ll also continue to call on consumers to refuse to wear the skins of tormented animals and always choose vegan fashion.”

Anay Mridul
Anay is journalism graduate from City, University of London, he was a barista for three years, and never shuts up about coffee. He's passionate about coffee, plant-based milk, cooking, eating, veganism, writing about all that, profiling people, and the Oxford Comma. Originally from India, he went vegan in 2020, after attempting (and failing) Veganuary. He believes being environmentally conscious is a basic responsibility, and veganism is the best thing you can do to battle climate change. He gets lost at Whole Foods sometimes.
Previous articleHey Pizza Hut, why use Beyond Meat without vegan cheese?
Next articleWorld Vegan Month: Being plant-based in Egypt