How lockdown made veganism popular 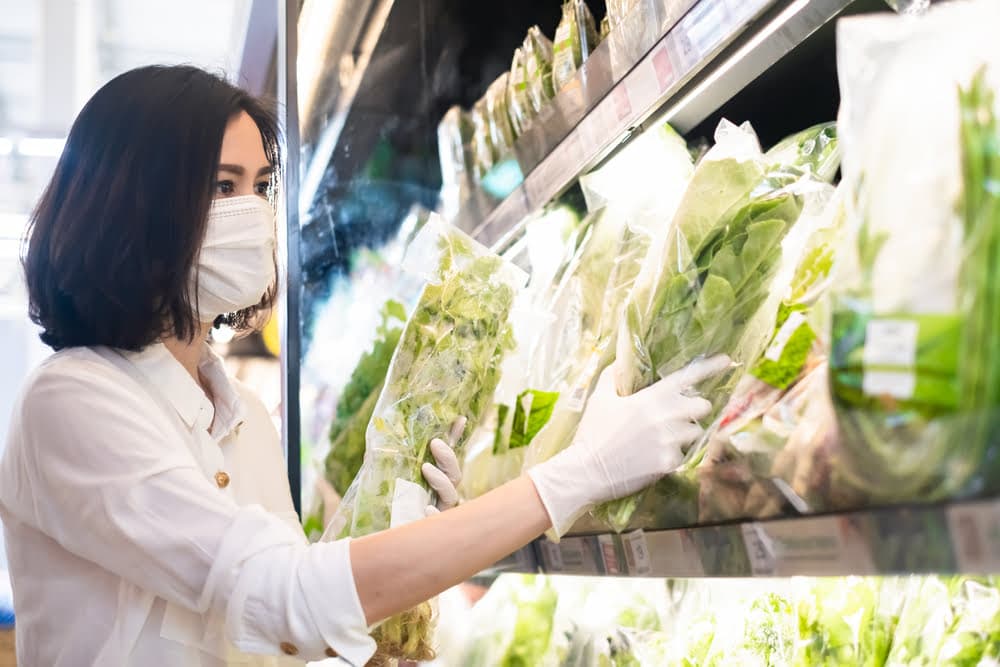 Throughout lockdown, the demand for vegan products has soared. Various supermarket chains have reported strong sales of plant-based products, as evidence of the trend. A 12-week study by the Plant-Based Food Association also reported that there was a 246% spike in vegan meat sales in May. Could this be evidence of a new demand for meat alternatives and is it sustainable?

The search for meat and protein alternatives may have been explained by food shortages at the start of the outbreak, but the trend has continued. The Tofoo Co is one company stepping up to new levels of demand by expanding its factory capacity by 70%. It is unilkely to be the only operation needing to grow.

There are many reasons why plant-based eating has risen in popularity during this time. Chief amongst them could be the role animal farming plays in pandemics. An expert in diseases at the European Food Safety Authority told the Independent: “…specifically the majority of emerging new infections in humans, in the last 10 years, come from animals or food of animal origin.”

Amid growing COVID-19 fears, evidence of this nature may be persuading consumers to move towards a more plant-based diet.

Discussing the recent rise in vegan product sales, a spokesperson for Quorn told The Vegan Review: “Given that we are experiencing a time where many people are becoming more conscious about the health and environmental impact of their food choices, this does not seem at all surprising.”

Getting back into the kitchen

However, it’s not just a question of ethics and experimentation as it’s also one of accessibility. The vegan market is becoming more popular and globally recognised by businesses as a worthy investment. Corporate giant Unilever trademarked vegan ice cream for Ben and Jerry’s, for example, and they aren’t alone. Quorn’s two most popular vegan products have generated over £20M in retail sales in the past year alone and the list goes on. Greater investment in this sector means more diverse products for consumers and by proxy, this means a likelihood of new customers and happy existing ones. Vegan lockdown product developments will definitely be well received by long-term advocates, but can they sustain new converts?

Veganism promotes a healthy lifestyle and one of the latest studies shows that vegan diets can lower blood pressure. With movement restrictions in place, the appeal of a plant-based diet may have been motivated by a simple way to stay well and in shape.

A study conducted by the Vegan Society showed that 43% of people reducing their dairy and meat consumption did so out of concern for health. Environment and animal rights considerations were also key though.

Will these positive changes be sustained, post-lockdown? The Vegan Society’s Matt Turner thinks so. He commented: “According to our latest customer survey, half of those who have tried meat alternatives during lockdown have all said they’d continue buying them afterwards. What may have started off as a temporary need over lockdown could very easily become a permanent shopping habit for many.”

As restrictions ease, people can now return to old habits, but Turner believes these changes will be long-term: “The fact that so many Brits are liking what they’re buying. And actually committing to keeping these products in their shopping baskets when we return to more normal times suggests that this will be a sustained change as part of one of the fastest-growing lifestyle movements in the country.”

Will vegan lockdown cooking become a new norm? With the festive season fast approaching, we will soon find out.

Yasmin Jafar
Yasmin is a journalism undergraduate at City, University of London who is a massive foodie — especially for anything dessert- or coffee-based! She’s passionate about food, its history, and researching and reviewing different diets around the world.
Previous articleVeganism and punk rock: An unexpected duo
Next articleAlternative Awards: New programme opens submissions for sustainable food